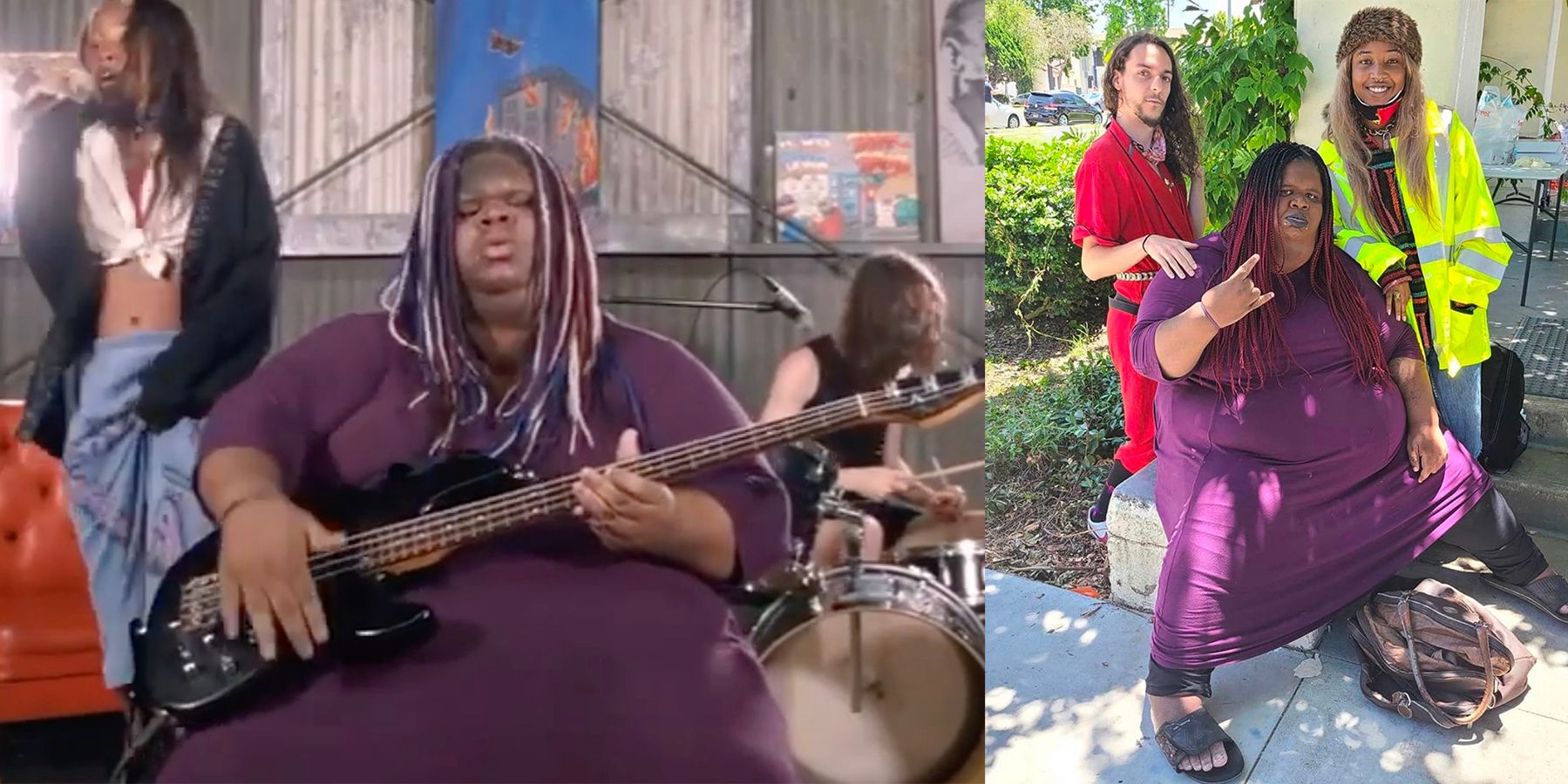 A “Black Lives Matter trans band” staged a performative protest outside of Wi Spa in Los Angeles as part of a weeks-long assault against the local business after customers complained about little girls being exposed to male genitalia in sex-segregated spaces.

Wi Spa in the Koreatown neighborhood found itself inflamed in controversy last month after a person who identified as a transgender woman exposed their male genitalia in the women’s area of the spa where small children were also present. California law mandates the spa is required to accommodate the individual.

According to the Post Millennial, a trans and non-binary punk band called Y.G.S.L.R.H. S.T.F.U.T., which apparently stands for “YOU GUYS SUCK LIKE REAL HARD. SHUT THE F— UP. THANKS,” put on an event last weekend that was part of a series of protests called “Queerpocalypse.” A flyer for the event read, “We must support and protect our trans siblings at all costs!!”

The punk band advertised the event on Instagram, writing: “LA is our city, not the fascist’s! QUEERS BASH BACK!” The post continued, “Queers Bash Back imagery taken from late aughts ‘Bash Back!’ movement which rejected heteronormative assimilation and stood for outright liberation. Notably no major LA politicians or LGBTQ orgs condemned or even made a statement about the Wi Spa protests and the attacks from extreme rights. That’s because they’re transphobes and don’t give a f**k about the trans ppl, particularly ones that don’t assimilate.”

The band’s post is in reference to the controversy from June during which several female patrons of the spa complained that a trans woman with male genitals was exposing them in the women’s area of the spa. In total, five women filed reports with the Los Angeles Police Department over the incident.

The reports and accompanying viral videos of the spa prompted demonstrations of feminists and religious protestors twice during the month of July. Those demonstrations then sparked counter-demonstrations that turned violent due to the presence of Antifa.

“Antifa militants assaulted demonstrators, people of color, and journalists,” the Post Millennial reported. “A young man was tackled to the ground and beaten by Antifa assailants, a woman was sliced with a knife, and a religious protester was smashed over the head with a skateboard and left bloodied,” the report continued.

WeHo Times reported on the preliminary event for “Queerpocalypse” which shut down the main intersection of San Vicente and Santa Monica in the heart of West Hollywood toward the beginning of Pride month. “It was a street protest, street party, and fundraiser in support of black trans causes and black queer artists,” WeHo Times wrote describing the event.

That event blocked traffic for an entire afternoon to accommodate dancing, performances, and “speeches condemning systemic racism, police brutality and corporate pride.” While L.A. Pride typically garners huge crowds of participants, this event reportedly only drew a group of approximately 60.

One of the main speakers during the event, who simply goes by the name L.A. Byron, used expletives to curse and demean the organizations who put on L.A. Pride every year and then also added, “And f*ck your hetero-normative gay celebrations.” The activist went on to condemn those who dared to have a good time rather than donating their hard-earned money to trans people of color.

“I know it’s pride. I’m glad you all can afford to have brunch and live your best life, good for you all, but donate and spend some money that will go to trans black women and black artists,” Byron said.

WeHo Times also insinuated that neither the police nor the city of West Hollywood were notified that the event was even taking place. “L.A. Byron informed the crowd that they didn’t need to call the Sheriff’s and ask permission to take over the street. They didn’t need funds from corporations to throw a pride event, nor did they need to pay the police to be allowed to gather on a sunny summer afternoon,” the outlet reported.