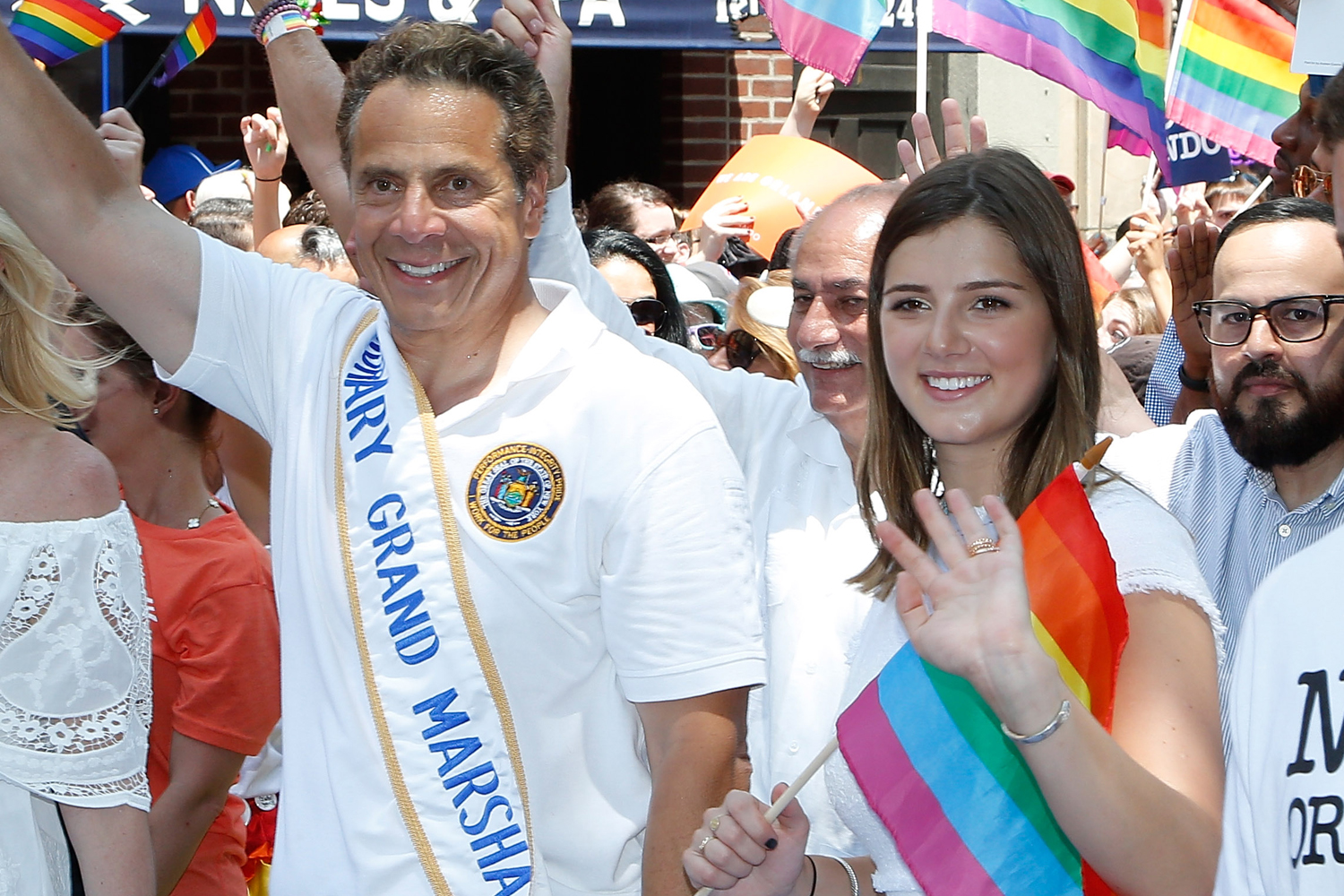 The 23-year-old first publicly identified as “queer” in an Instagram post during Pride month of this year, writing what seemed at the time to be a heartfelt message to the community she bizarrely felt she belonged to.

“Today, I stand in my queer identity with pride, and in memory of those who came before me. I stand indebted to the activists who fought for my right to love and happiness. I stand with a helping hand outreached to those finding their way from under socially constructed boxes to emerge from the closet. I’m standing with you,” the little Cuomo wrote.

In that post, Michaela never explicitly mentioned what part, exactly, of the LGBT acronym she belonged to, but hinted that her newfound sexuality was most likely unconventional. “#HappyPrideMonth to the whole spectrum of sexualities!” her post began.

It wasn’t until later during an Instagram Live discussion with activist and author Donato Tramuto that Michaela revealed she identifies as something called demisexual. She describes her sexual identity like a game of sexuality musical chairs. “When I was in elementary school, I feared that I was lesbian. When I was in middle school, I came out to my family and close friends as bisexual. When I was in high school, I discovered pansexuality and thought, ‘That’s the flag for me,'” the political heiress professed. She then went on to say, ”I’ve recently learned more about demisexuality and have believed that that identity resonates with me most.”

Tramuto asked Michaela, who also is the niece of left-wing CNN hostivist Chris Cuomo, about the kinds of responses she received from the original Instagram post. Michaela revealed that she received much support, but there were definitely some “homophobic” comments, a statement strangely conflating homosexuality with her newfangled demisexual tribe.

Merriam-Webster defines “demisexual” as “a person who feels sexual attraction towards another person only after establishing an emotional bond with that person.” However, the origin of the word seems to be disagreed upon.

According to a 2019 article in the Guardian, the term was born out of a minute distinction among people who identify as asexual. Demisexuals are people who have no sexual desire for anyone at all until they have a close emotional connection to them.

Another group online, however, claims the term was first coined in 2004 on a role-playing (RP) fantasy fiction forum by a teenage girl. In 2015, when Tumblr was a more widely used social media site, users alleged the word was born out of imagination and not reality.

“Demisexual started on an RP forum hosted by Proboards. The forum in question no longer is active, but first started in early 2003 and was kept alive till 2008, which was the same time asexuality and other such nonsense became big. The sexuality, Demisexual, was created for an RP about a highschool for different and unique individuals,” one Tumblr user posted. The post went on to declare, “Because of such a variety of races, species, and beings to choose from, there was also a plethora of sexualities. One such sexuality was, in fact, called ‘Demisexuality’ and is close to what Tumblr and the rest of the Internet claim it to be, but with one slight difference— it was created not by some professor or intellectual, but by a 15 year old girl.”

While that Tumblr post provides “proof” of these claims, those links are no longer active, putting the veracity of those assertions into question. Google Trends shows the first Google search of the words “demisexual” and “demisexuality” did not occur until mid to late 2011, several years after both supposed origin stories.

Related Topics:Andrew CuomoFrontFeaturedInstagramLGBTNew York
Up Next