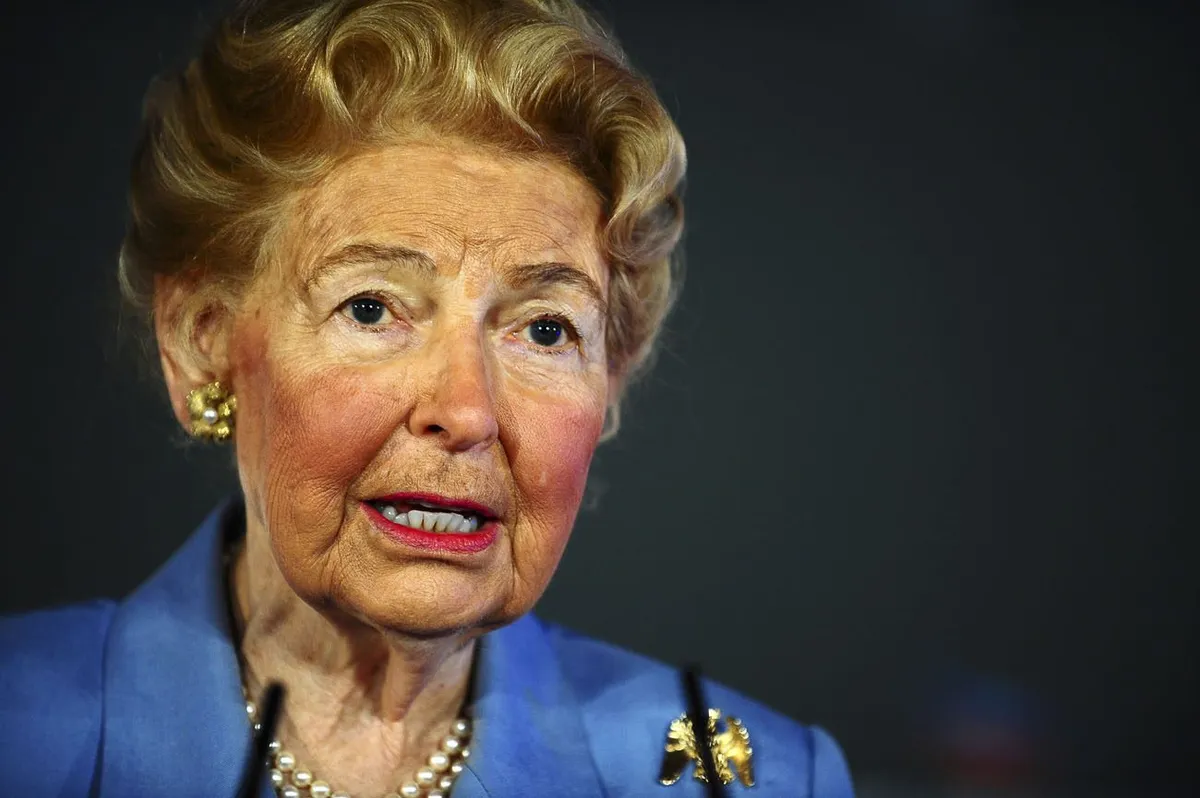 The defeat of the Equal Rights Amendment to the United States Constitution is possibly one of the most under-appreciated political victories in the modern era. And the people who should be most thankful for its defeat are the ones who believed they had the most to gain from its ratification—women.

At the time, the ERA was championed by a wave of bra-burning feminists who turned their noses up at housewives. They resented the notion that a woman’s place was in the home making food and raising children. Whether these women had aspirations to be something great or they just couldn’t find a man who would deign to marry them, their ambition and conviction was noble. They supposedly wanted equality and the opportunity to be as successful as men.

Little did they know that an ambitious force of nature and housewife in her own right would resent their demonization of the role of wife and mother in the fabric of American life. Phyllis Schlafly, staunch Republican operative and activist, mobilized her army and put an end to the ERA. At the time, Schlafly and the feminists were sworn enemies, but with today’s ever-changing sex/gender debate, it is quite likely that these women would be fighting on the same side.

In the 1970s transgenderism was not widely talked about and was practically unknown to those not in the LGBT community. Over time, a distinction in the definitions of sex and gender was made; sex was biological while gender was sociological. Transgendered individuals simply had a gender identity that did not match their biology. That was highly progressive thinking in the late nineties and early aughts.

However, today we have begun to regress in the name of progress. Cries of “Trans women are women!” and the denial of biological advantages of men playing in women’s sports have sent us in retreat. We are now back in the seventies where sex and gender are one and the same. But now, like the real Wizard of Oz, we must pretend that biology and scientific fact do not exist. Pay no attention to the penis and Adam’s apple behind the curtain.

What does this have to do with the ERA? The text of the Equal Rights Amendment is very short, sweet, and to the point. While in many cases that might seem desirable and clear, any lawyer will tell you that short and sweet leaves things open to interpretation—one thing that is not desirable when it comes to law. Article I of the ERA, the only section of any consequence, simply states, “Equality of rights under the law shall not be denied or abridged by the United States or by any State on account of sex.”

In the current discourse, this begs the question, “What is the definition of ‘sex’ as written in the ERA?” At the beginning of most legislation, important terms are defined so when legal challenges are made in the future, there is no guessing or interpretation required. Constitutional amendments have no definitions. They are subject to the whims of legal professionals and judges. Those judges are free to exercise their own style of judicial philosophy when it comes to interpretation of the Constitution.

The only judicial philosophy which takes into account the intent and original meaning of the words at the time the words were written is Originalism. This philosophy has fallen out of practice even with the most conservative justices. Supreme Court Justice Scalia said of Originalism, “The theory of originalism treats a constitution like a statute, and gives it the meaning that its words were understood to bear at the time they were promulgated. You will sometimes hear it described as the theory of original intent. You will never hear me refer to original intent, because as I say I am first of all a textualist, and secondly an originalist… I take the words as they were promulgated to the people of the United States, and what is the fairly understood meaning of those words.”

Therefore, a probable legal interpretation of the ERA as the country stands today is that a transgender woman is considered to be a woman and to have the sex of female. If the ERA would have been ratified, then constitutionally speaking, women’s spaces and women’s sports would be dead. Women would have no private restrooms or locker rooms. A woman would never win another sports championship again.

It is a hard pill for the leftists and alphabet mob to swallow, but this radical gender ideology is detrimental to women and rolls back the progress made by feminists over the last fifty years. As it stands, the Democrats have championed the Equality Act which in essence codifies into law much of what the ERA would have set in motion. Luckily that piece of legislation has been stalled and all but defeated. But even then, a law is fairly easy to repeal. It is extremely difficult to pass a further constitutional amendment that would undo what the ERA would have put into place if it had been passed.

Phyllis Schlafly most certainly had no inkling of just how slippery the slope would have become when she fought vehemently against the ratification of the ERA, but women owe her a debt of gratitude. Unfortunately, some of the idiotic and decrepit feminists of yesteryear, namely Gloria Steinem, have jumped on the bandwagon of this new wave of feminism. It is hard to believe that they do not see that they are playing into their own downfall and undoing decades of work they accomplished.

Related Topics:FrontFeaturedLGBTTransgenderwomen's rights
Up Next