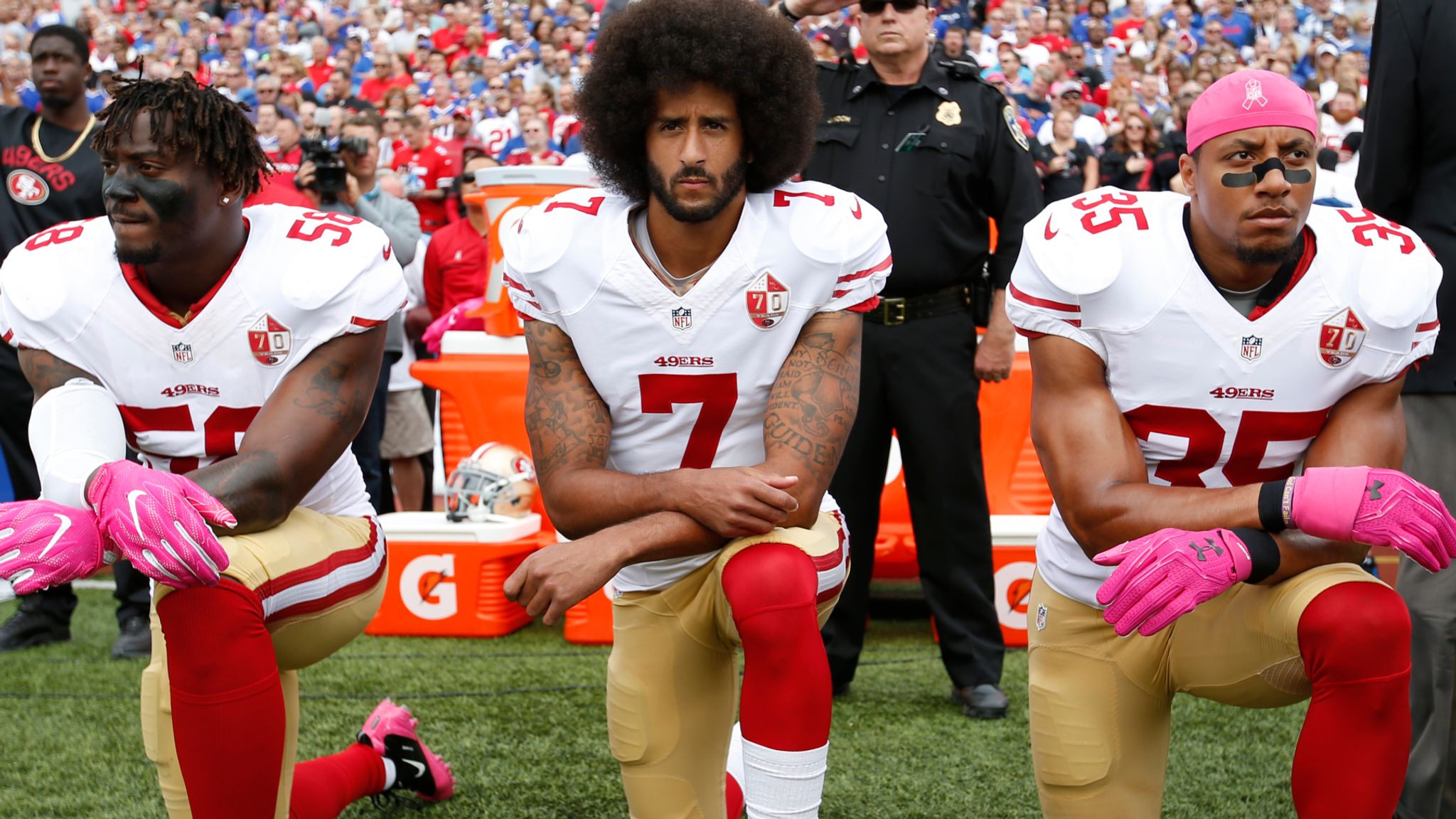 Despite the NFL trying to appease the woke crowd with their Pride message that “Football is gay,” a firestorm of progressive Twitter users clapped back.

As Pride month came to a close, the NFL put out a video expressing that football is for everyone. The video included the words “Football is” alongside different adjectives filling in the rest of the sentence as the clip played. Words like “gay,” “lesbian,” “bisexual,” and “transgendered” were most notably present.

The video also praised the Trevor Project, the LGBT suicide prevention organization that Carl Nassib pledged to donate money to after he came out as gay last month. As reported by NBC Out, Samantha Roth, a spokesperson for the NFL, claimed the video was a direct response to Nassib’s coming out. After Nassib pledged money to the Trevor Project, the NFL announced it would match the contribution.

The NFL tweeted out the video saying, “If you love this game, you are welcome here. Football is for all. Football is for everyone. The NFL stands by the LGBTQ+ community today and every day.”

However, this philanthropy and kowtowing was met with hostility on Twitter. Many users called the NFL hypocritical for claiming that they supported everyone when they did not support Colin Kaepernick.

Kaepernick, a former player for the San Francisco 49ers, notoriously refused to stand numerous times during the pre-game National Anthem due to his far-left views on an unsubstantiated narrative touting an epidemic of police brutality against black Americans. While the NFL contends there were other issues leading to Kaepernick’s strained relations with the organization, activists remain convinced his departure was a racial issue.

Invoking Kaepernick’s name many Twitter users blasted the video. One person tweeted, “Football is for everyone… except Kaepernick.”

Another angry person tweeted, “‘NFL is for everyone’ you say? Well why is it Colin Kaepernick and Eric Reid are still being blackballed from your league?”

Some people brought up Black Lives Matter, claiming the NFL is guilty of racial prejudice.

One person wrote, “What about #BLM? Is #BlackLivesMatter included in your ‘everyone’?”

Another disgruntled keyboard warrior responded, “So, football seems to be EVERYTHING EXCEPT- Black Lives Matter, which is the reason @Kaepernick7 was kneeling in the first damn place!!!!!  Seems the NFL can use BLACK BODIES for it’s purposes, but when BLACK BODIES are being MURDERED by POLICE on a regular, you FIRED the man.”

However, back in 2020, the NFL did show support for Black Lives Matter and other social justice issues although it does not seem to have been enough.

NBC Sports reported in 2020 that NFL commissioner Roger Goodell pledged to show his support for ending racial injustices. He said that the league would display “End racism” and “It takes all of us” in the end zones of stadiums. “The NFL stands with the black community, the players, clubs and fans confronting systemic racism,” Goodell said. “We will not relent in our work.”

The NFL further encouraged players to wear insignia, like the BLM emblem, on their helmets. According to NBC Sports, “Players can choose either the name of a victim or one of four pre-approved phrases from the league to display on their helmets or caps: ‘Stop hate,’ ‘It takes all of us,’ ‘End racism’ or ‘Black Lives Matter.’” Some teams even held meetings to discuss racism and social justice issues in lieu of practices.