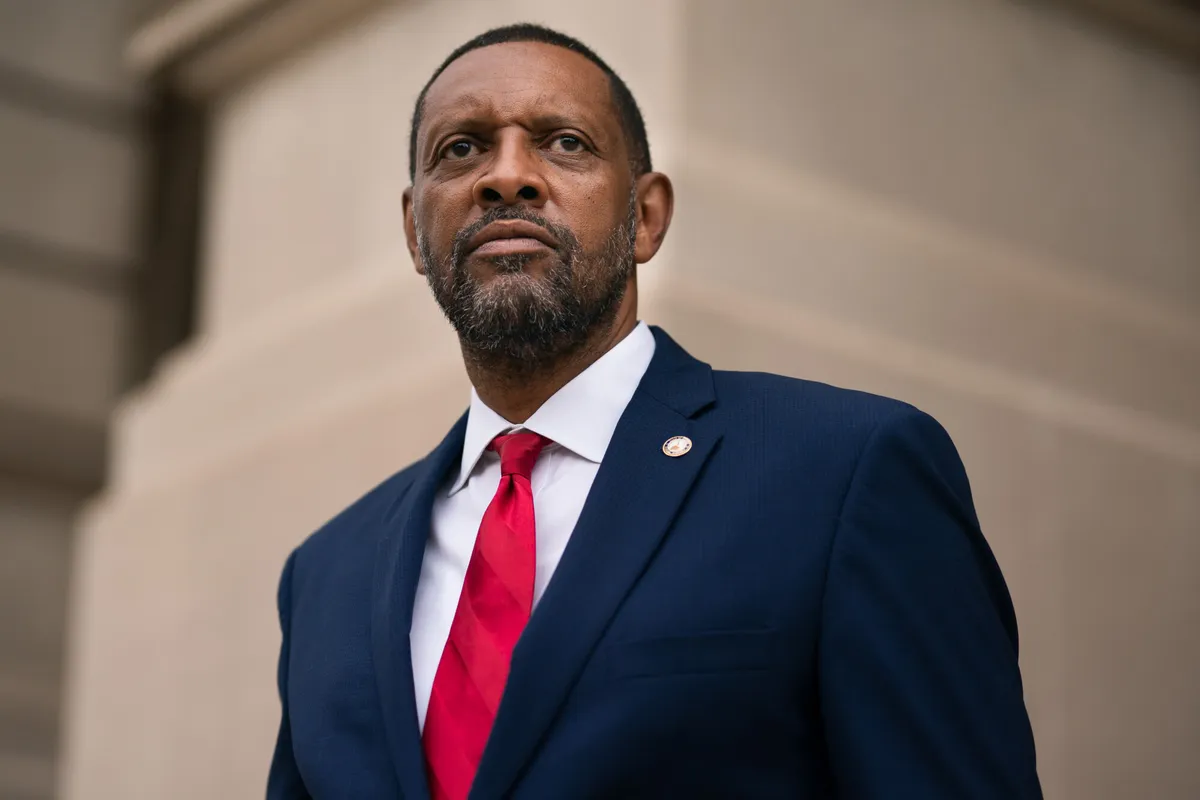 It has become quite clear that any time a minority does not tow the party line and act in lockstep with Democrat norms and values, the left will work overtime to crucify him or her. This week the Advocate has done just that. Georgia congressional candidate and black Republican Vernon Jones is being lambasted for comments he made on Steve Bannon’s podcast.

Jones was asked if he felt civil rights for the LGBT community was comparable to civil rights for black Americans. He very quickly pointed out the obvious physically marked difference. “Let me tell you, civil rights for blacks and gay rights for gays are two different things,” Jones said. He then continued, “Because you know what? I don’t know what you are unless you tell me what you are if you’re gay. But when I walk into that room, you can tell that I’m black.” On outward appearance, Jones is completely correct. Now in my case when I open my mouth and a rainbow falls out, all bets are off, but I digress.

Jones continued in his discussion insinuating that sexuality and gender can be a choice, the exact part of his comments that the Advocate writers seem to take umbrage with. While personally I feel sexuality is not a choice, I do not find fault in Jones for his statement in the slightest. I blame the queer zealots for allowing the gay rights movement to be hijacked by the radical gender ideologists.

For decades, gays and lesbians have fought against the stigma of sexuality being a choice. Upon coming out, many people were disowned or kicked out of their homes for “choosing” to live and love a certain way. While this surely still happens today, I am certain it is much less commonplace as we have made inroads in educating people in the reality of sexuality. Phrases like “lifestyle choice” and “sexual preference” are not seen and used as often anymore. That was real and positive change for our movement.

Now the alphabet mob has royally fucked up our progress. By aligning the completely fabricated notions of gender-fluid and non-binary with mainstream gays and lesbians, they have taken us backwards. Despite what label they use—“non-binary,” “gender non-conforming,” “gender queer,” “gender fluid,” etc—the basic definition is the same. These are people who do not feel that they fall within the male/female dichotomy. They often do not undergo much or any medical processes or procedures, unlike a transgender person.

Immediately, one can see an issue with lumping this group of people in with the LGBT community. Absolutely nothing, down to the very definitions, is shared between these two sets of people. LGBT people operate under the scientifically based assumption that two genders and only two genders exist, while the other group is seeking to dismantle that notion. The two groups are diametric opposites and treating them as one unit is a recipe for disaster, as we are seeing play out. Blaire White, famous transgender Republican, explains this probably the best of anyone in one of her YouTube videos.

I have had personal interactions with non-binary individuals in the past. As a naturally inquisitive person and a trained researcher, I have asked basic questions about pronouns and what it means to be non-binary. They are always adamant about their gender identity not being a choice; however, invariably during the discussion the person will explain that their gender identity will change from day to day. Depending on how they “choose” to identify that day, they will then dress and present accordingly.

I have absolutely no problem with people who want to live like that. In America you have the freedom to wear a dress with stilettos one day and basketball shorts with a wife beater the next. That has no effect on me. However, the ability of the non-binaries to choose their gender expression does have an effect on me. By the non-binaries equating themselves with me and other mainstream LGBT people, to the heterosexual eye, their plight is magically my plight. Their lunacy is now my lunacy. And by extension their ability to choose is now my ability to choose. I do not blame Vernon Jones for making a statement that the radical alphabet mob has brought on themselves. They made their bed; now they have to lie in it.

With all of the shrieking about deconstructing the gender binary and pulling fabricated pronouns out of their asses, it is no wonder support for the LGBTQ community in the younger generation has diminished. Normal LGBT people are suffering due to the antics of the Q. It’s guilt by association. That is why it is necessary for us to fight back against this toxic “community” and make it clear that we will not be party to their delusions.

Give it arrest! Cops pandering to wokeness is so cringe it’s almost criminal

How ‘collective illusion’ conditions LGBTs to support the absurd and immoral