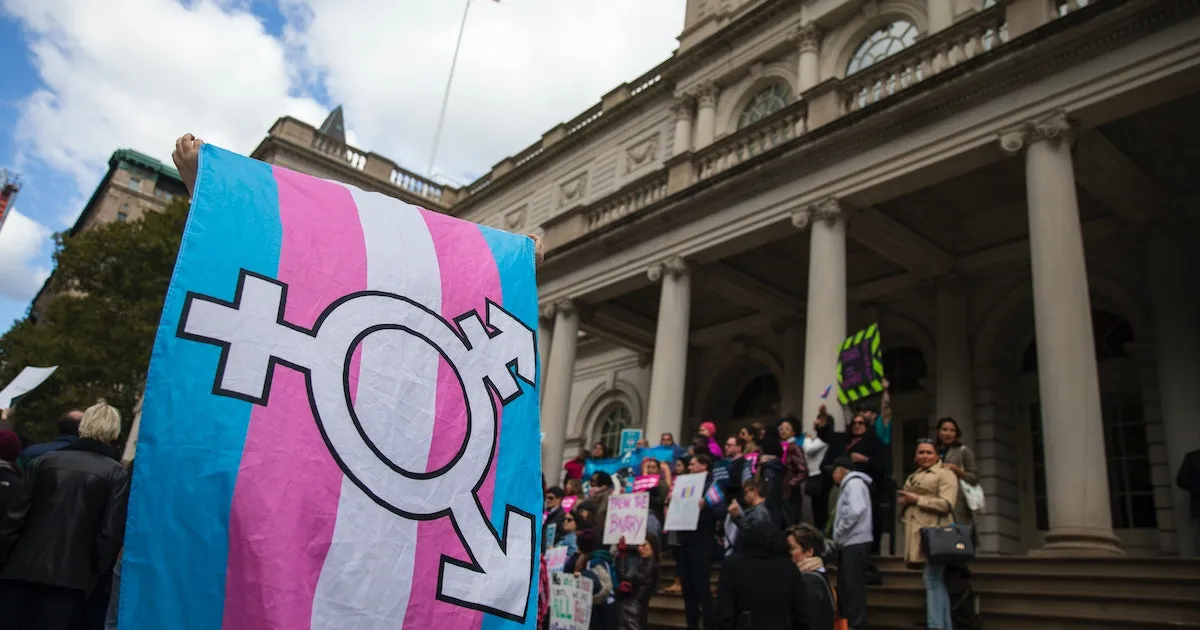 In recent years open, hostile homophobia has been increasingly pushed out to the margins of right-wing politics. But increasingly, it is rearing its ugly head far to the left. The right side of this horseshoe is familiar: people who hate gay men because of God or tradition. The left side, fresh off the iron, remains relatively unexplored, although any gay man who spends too much time on social media will have run across it, and most of us do.

Left homophobia is easily distinguished because it almost always qualifies with the term “cis.” For example, some recent tweets read: “cis gay men need to d1e,” “cis gay extermination when?” and “this is why we need to euthanize cis f4gs.” Generally speaking, left-wing or “woke” homophobia is a “queer” phenomenon, but this means very little in a political movement where identity functions as a currency, almost everybody participating is “queer” in some contrived sense. For a great deal of these people, many of whom are functionally heterosexual, “particularly cis-white gays,” as they are always quick to specify, represent a  privileged and counterrevolutionary class just above their own, kulaks hoarding grain from the blue-haired masses. Others contend that gay men’s sexual attraction should conform to Butler-esque ideas about gender and lash out when this predictably doesn’t happen. For others, the veil of ideological pretense is thinner, barely concealing the deep sexual pathologies that inform their disdain for homosexual men. Sometimes it isn’t concealed at all.

“Genital preference is kind of shitty, honestly. If you’re dating someone because of their sex organs instead of their heart, you don’t deserve to be dating anyone,” one person tweeted. Despite the cornucopia of gender identities that its adherents pick and choose from, woke homophobia is mired in the female gaze, the part of female sexuality that prioritizes emotional connections over purely physical attraction–the reason housewives read 50 Shades, but their husbands watch porn–an anodyne aspect of womanhood currently being rebranded and “queered” as “demisexuality.”

Of course, the female gaze is usually qualified, which is why they call lesbians who refuse to extend it to transwomen TERFs. In any case, the male gaze is almost purely visual and physical, and with no women operating as sexual gatekeepers, it reaches its maximum within gay culture, on our most popular dating apps, where people trade nudes before names if they bother trading names at all. The biologically female non-binary people and androphilic transmen who are at the forefront of leftwing homophobia against gay men, in particular, are not mentally equipped to deal with the incredibly forward and transactional sexual marketplace of the gay dating scene; some biological gay men can’t handle it; even with the testosterone levels that produced such a culture circling through their bodies since puberty.

The woke homophobes most hostile to gay men are “trans-masc” people who identify as gay men (or something close to that), yet very few of them seem to be trying to “pass” as male. Almost all of them seem to be forgoing hormone therapy, and the vast majority seem to be still presenting as more or less stereotypically female. Given that they look more or less like conventional young women, they could successfully attract straight men, but they seem to have no sexual interest in doing so, which is by far the most damning evidence against their claims to gay manhood. In fact, it doesn’t seem like they’re too interested in having sex with gay men either. “I want the stereotypical cisgay relationship but nooo I have the thing on my chest,” one says.  “I want to date a gayboy but I’m transgender and cisgays can never deal w that,” tweets another.

At a time in their lives when most gay men are either promiscuous or trying hard not to be, this group is talking about relationships. They want boyfriends, gay ones, for some reason, and sex is an obstacle in their way to that goal rather than something they desire. I have heard gay men theorize that this is a fetishistic exercise, that they want to “turn us straight.” The general disinterest in sex contradicts that theory. This group of people has bought into the ideology hook, line, and sinker. One he/they asked why  “Cis gay men are quick to talk abt ‘tits’ when it comes to muscular cis men, but what about pre-op trans men. What about the original mantits?” Transmen with real, lifelong dysphoria, who cut off their breasts and go straight to the bench with testosterone in their gym bags, certainly know the difference.

The ideas about gender held by “trans-masc” people who spend their days harassing gay men online are totally individualized. These ideas are entirely internal, with no physical manifestation, unmoored even from the most basic aesthetic conventions. They are material girls in a material world but don’t realize it, and so they get mad at boys who like Madonna when they can’t perceive their breasts as beefcake pecs just because they said they were a boy today, too.

But this isn’t actually about sexual attraction. This is about validation and dominance, and fear. It is not enough to merely be agreeable and polite, to use the pronouns they want, the name they made up. They want gay men to be born again, to replace the same involuntary hormonal lust they fear from the straight men attracted to them with something rigid, that they understand, that they can predict. On a certain level, they know it isn’t possible, that as long as they look like straight women, that’s all gay men will ever perceive them as. So they don’t try to look like anything else because on some level, they want it that way. They want the rejection because it makes them victims, monopoly money in the political board game they play online.

Given that the most vocal of the “transgay” progressive homophobes are the ones who do the least to change any aspect of their appearance, it is interesting that their most common gripe is that gay men have a “genital preference.” This is the elephant in the room, or at least its trunk. Frankly, the claim gay men have genital preference is far more accurate than the claim that gay men won’t have sex with transmen. To be frank, some gay men simply find vaginas physically repulsive, regardless of who it is attached to. For other gay men, even if they are attracted to a transman from the waist up, they will find the absence of a penis distracting, disturbing, or disappointing. While this may be an uncomfortable truth for transmen, it is not immoral, or hateful, or transphobic. It is simply their cross to bear. No gay men have this reaction to a penis. So yes, of course, gay men have a genital preference. But there are gay men who have sex with transmen, and frankly, I’ve been baffled to see people claim otherwise on Twitter or insist that such cases are the result of sympathy or woke obligation.

I know plenty of gay men, friends of mine, who have sex with transmen, and none of them have done so at the behest of a Twitter mob. One wouldn’t have been necessary, frankly. The transmen they sleep with are hairy, muscular, and post-operative, at least from the waist up. They look like men, the kind my friends usually go for, and attractive ones at that. Some gay men claim that this is evidence of latent bisexuality, but usually gay men who sleep with transmen don’t even sleep with transwomen or biological women. The same can be true for the ostensively heterosexual men who chase trans girls but wouldn’t be caught dead in a bed with me. Others concede that having sex with a transman doesn’t negate one’s homosexuality but protest that it’s a fetish not representative of the broader gay community. That may very well be, but if so, it’s a rather tame one compared to any number of God-tempting depravities one might encounter on Folsom Street.

There are some gay men that say transmen are women, and they always will be, and that they are not really different than the mini-skirt-wearing “transfem” boys tweeting that they want to send the “cis-hets” off to the camps. But I don’t think that’s true. I’ve had conversations with transmen, gay transmen, and they don’t seem like the homophobes I’ve described, even when they speak on the same subject. Even though they look like men, they do sometimes get rejected on the basis of being trans, sometimes hostilely so, but less often than one would think, and they don’t seem to take it too personally.

One night a few years ago, I was out drinking. I found myself chatting with these guys in the smoking area outside the bar as he responded to a Grindr rejection in real-time. I’ll say his name is Jeremy because it isn’t. He didn’t respond with a declaration that “Cis gay men are the plague of the LGBT community.” Instead, he showed me the guy on his phone and said he was a dick, and I agreed because I knew the guy, and he was one, and that was the end of it. I knew at the same time, in some other part of town, another gay man was being treated equally as cruel for being too old, too fat, too skinny, too hairy, or not hairy enough, and I could tell Jeremy knew that too. We stood and smoked and stared at the grid, two single gay guys of the Grindr generation, along with all the other ones, scrolling callously through a sea of bodies and misspelled words on our phones before last call on a Friday night, salting each other’s wounds without noticing or caring, sifting through men we didn’t want to find the ones we did, and the ones we’d settle for. No woman would ever do a thing like that.

Move along, CRT. Critical Gender Theory is all the rage this year