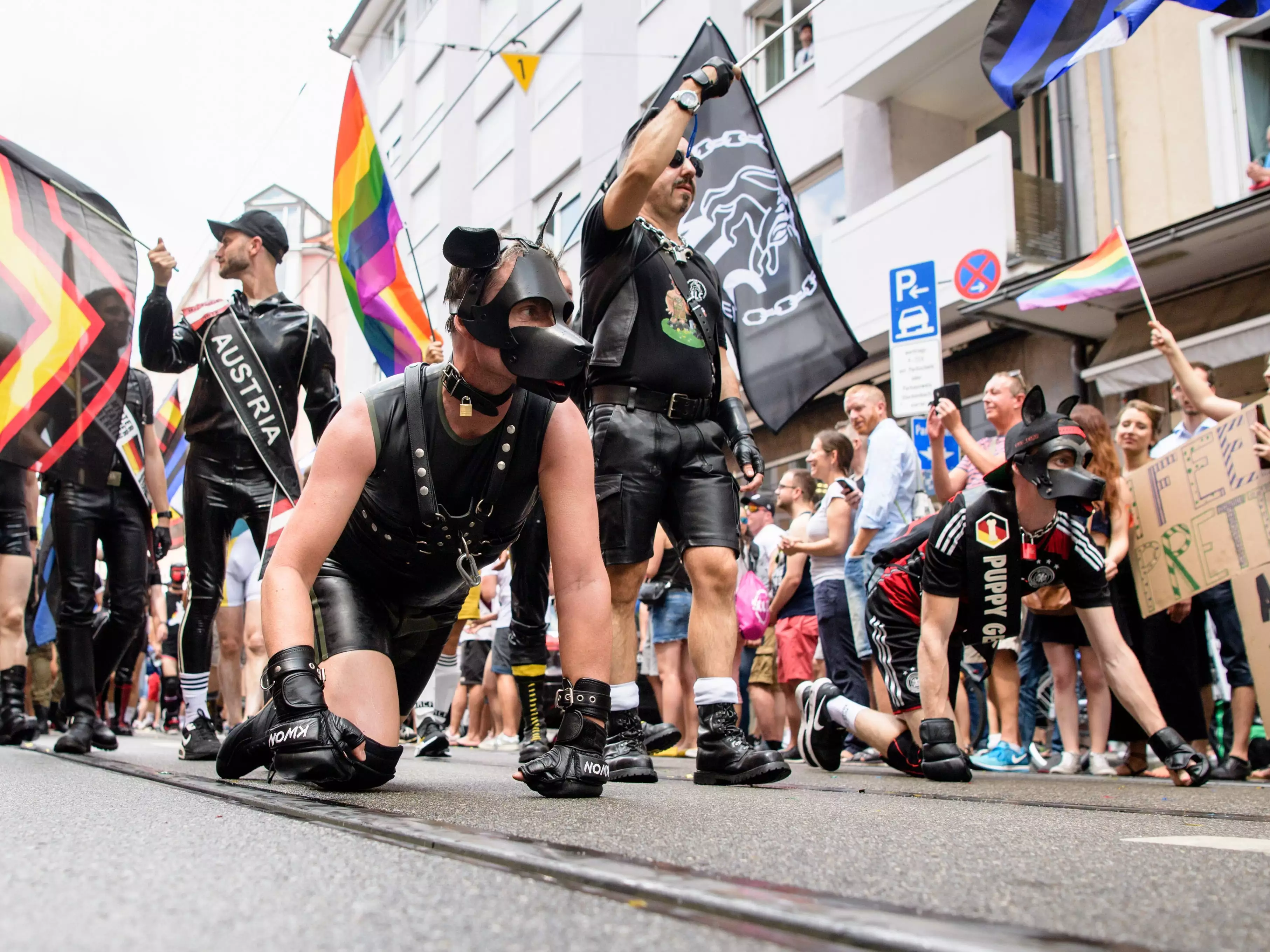 The Washington Post caused a firestorm on social media after publishing an article titled “Yes, kink belongs at Pride. And I want my kids to see it.”

In the piece, Lauren Rowello, a Washington Post contributor, describes an anecdote of her own child witnessing a man in a leather thong waiting “to be spanked playfully by a partner with a flog” along with dozens of other “kinksters.” When explaining her response to her child who had asked what was going on, Rowello wrote, “At the time, my children were too young to understand the nuance of the situation, but I told them the truth: That these folks were members of our community celebrating who they are and what they like to do.”

Rowell makes clear that she opposes the argument that children should be shielded from the “highly sexualized” kink at Pride events. She asserts that hiding these things from children actually does them more harm than good.

“I agree that Pride should be a welcoming space for children and teens, but policing how others show up doesn’t protect or uplift young people. Instead, homogenizing self-expression at Pride will do more harm to our children than good. When my own children caught glimpses of kink culture, they got to see that the queer community encompasses so many more nontraditional ways of being, living, and loving,” she wrote.

Rowello proceeds to chastise “anti-kink advocates” for manipulating language about privacy and consent as they claim children are being forced to watch perverse and obscene actions in public spaces. “The most outrageous claim is that innocent bystanders are forced to participate in kink simply by sharing space with the kink community, as if the presence of kink at Pride is a perverse exhibition that kinksters pursue for their own gratification,” she writes.

Rowell further insinuates that taking part in kink activity is akin to being homosexual, as if kink is its own sexuality that people cannot control. She asserts, “If this all sounds familiar, it’s because anti-kink rhetoric echoes the same socialized disgust people have projected onto other queer people when they claim that our love is not appropriate for public spaces. It’s a sentiment that tolerates queerness only if it stays within parameters — offering the kind of acceptance that comes with a catch.”

After tweeting out the article, Rowello received her own spanking from outraged users. One Twitter user succinctly laid out a counter-argument saying, “1. Stop dragging kids into adult conversations 2. People have the right to set boundaries, privacy is a thing 3. Most people don’t care what consenting adults do in private 4. Kids can learn self-acceptance in age-appropriate ways.”

A concerned mother tweeted in response, “I’ve been a gay ally my whole life, but this is a truly awful take. Our children deserve better than being hyper sexualized at an early age.”

One gay man expressed his concern that an old slur might become reality if kink is forced upon children. He tweeted, “In the past, us gay people would be traduced as ‘perverts’. You’re fighting to make that slur of history modernity. Please leave us gay people alone.”

Embracing kink and other highly sexualized public displays at the increasingly bawdy events is nothing new in leftwing media. In a similar article posted by Vox, author Alex Abad-Santos claims that the arguments about keeping kink out of Pride are misguided. He actually asserts that LGBT history and by extension the entire community is all about rejecting norms and embracing radicalism. He writes, “Queer history is often about resistance to norms and embracing radical existence, so engaging in respectability politics — the idea that marginalized groups need to behave or act in a certain way to validate the compassion shown toward them — flies in the face of those goals.”

NFL’s ‘football is gay’ ad annoys both fans and progressives