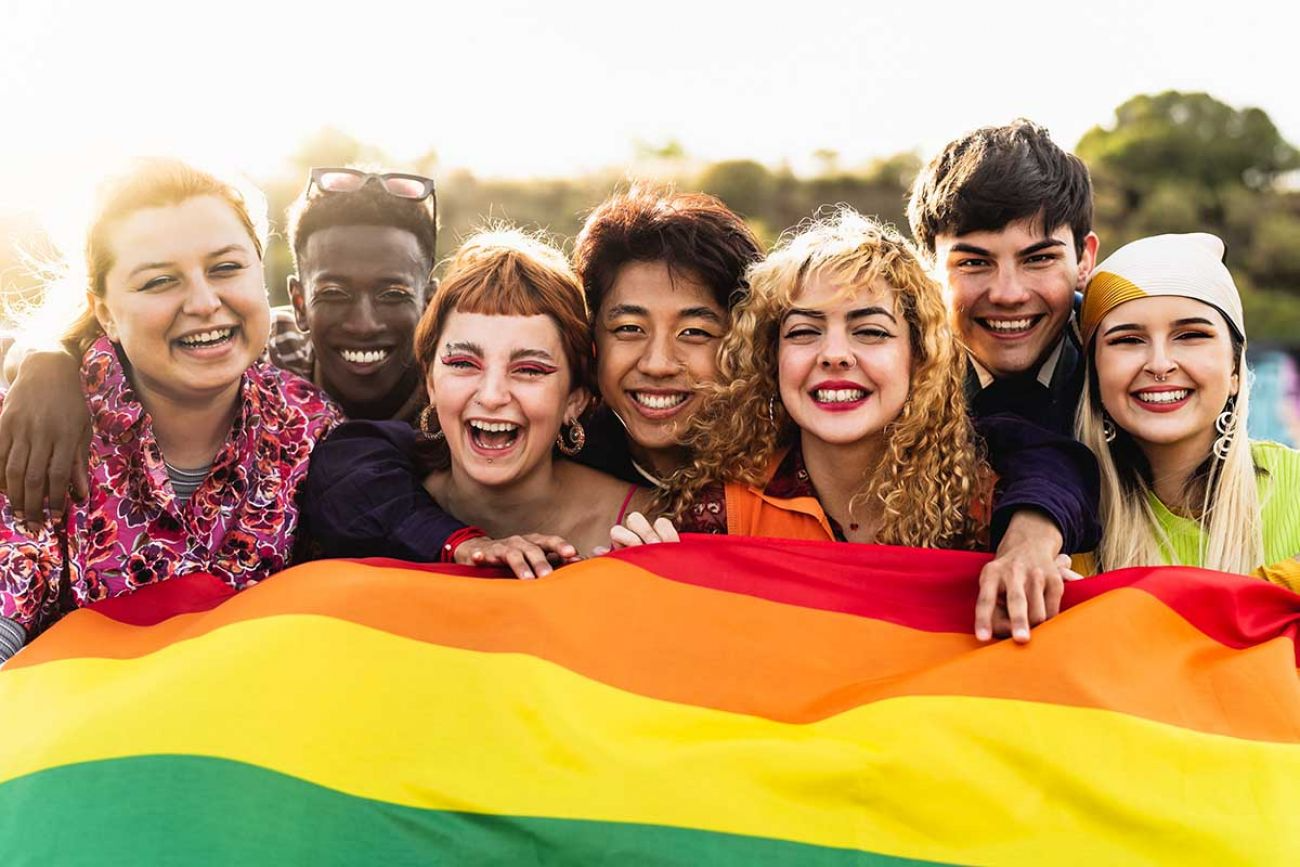 The following is an excerpt from the book So You’ve Been Sent to Diversity Training: Smiling Through the DEI Apocalypse and has been republished here with permission from the author.

While we all know what the LGBT stands for, no one is quite sure what the Q means. By most accounts, it’s either Questioning—someone titillated by the idea of a same-sex liaison but not quite ready to take the plunge, what we used to call a closet case—or it means Queer. Queers can be divided into two categories. The Type 1 Queer is your everyday homosexual who wants to add a little flair to his persuasion. He fancies his queer identity as “punk rock” and a “fuck you” to The Man. The Queer isn’t one to fit into your heteronormative stereotypes. He’s special and interesting. His pronouns tell you he is not one, but multitudes. He has a liberal arts degree. His Instagram bio says “Brooklyn-based artist/choreographer/ designer/photographer/DJ/creative director/plant dad” but his tax return says barista. He paints his nails black and wears one dangly earring. He might throw on a wrestling onesie one day and a pleated skirt the next, all to challenge your preconceptions. He likes doing that. He’s not going to be put into a box. But at the end of the day, he’s just another gay guy who sucks cock and loves Dua Lipa.

The Type 2 Queer just means straight, but with pizzazz. It’s the culturally appropriating heterosexual virtue-signaler. The straight female Queer is thoroughly basic. She likes Taylor Swift and the TV show Friends. Autumn is her time of year—the chill in the air, the pumpkin spice confectionaries, trips to the apple orchard, knit layers, reflection. While there’s nothing wrong with being basic, she’s convinced there is. She might have experimented with a green streak of dye in her hair or have a tiny tattoo in a racy spot. She probably goes through lots of phases, fashion wise. She might be quite attractive or fat and frumpy, but for whatever reason she wishes she had unconventional impulses but just doesn’t. She’s always loved the gays—they’re nonthreatening, “fabulous,” and she doesn’t feel competitive with them. They may treat her poorly. No matter how many times they’ve stood her up on her birthday or been late for drinks because a Grindr hookup took priority, she stands by her bois.

The Q opened a door for her to become one of them, at least in her mind. For the straight Queers, the Q means there’s something far back in their psyche that somewhere along the way led them to believe they’re different from all those other straight people, or so they want you to think. Perhaps it was a same-sex snog once in college, or a choking fantasy, or just being, like, really down with transgenders.

The Type 2 Queer eventually will be pressed on which part of the alphabet, exactly, she belongs. This is where the plus comes in. LGBTQ+ is commonly expanded to LGBTQAI2S++, or Lesbian, Gay, Bisexual, Transgender, Queer/Questioning, Asexual, Intersex, Two-Spirit, Plus, Plus. Note, when you extrapolate the plus in LGBTQ+, you get more pluses. Our heterosexual Type 2 Queer lives far down the alphabet in that second plus. The term “demi- sexual” was made for her. A demisexual is someone who professes to only have sexual feelings toward people she feels an emotional connection. It just means normal, healthy straight woman sexuality. She had a great relationship with her father and a childhood free of trauma. But “demisexual” sounds mystical, like something that came from beyond the Narrow Sea and charms dragons.

The Type 2 Queer may also claim to be polyamorous, having multiple romantic partners at the same time. It means slut, or someone deeply afraid of commitment, but she’s neither of those. She knows quite well she’ll end up marrying someone who works in finance, move to the suburbs, and have at least two children and a happy life. The Type 2 Queer identity eventually fades away into nothing more than a Facebook memory. When that happens, the gay friends stop coming around. Having moved on from the alphabet for a life more grounded and rewarding, she may on occasion try to relive those old days, maybe by starting a Drag Queen Story Hour at her local public library, or imagining she’s very close with the local hairdresser, who’s never once seen her outside the salon.

Type 2 Queers may also be, although rare, heterosexual men. If you thought a dude who calls himself a male feminist was a creepy sex pest, wait until you meet the heterosexual male queer. This beta male pussy hound is more cunning than his male feminist counterpart. He’s leveled up his game in disarming women. He’s the master of the sneak attack. He doesn’t just fight for her right to choose and post black squares on Instagram, he’s such an ally he’s abandoned heteronormative male sexuality altogether, at least according to his dating profiles.

Like the cuttlefish, he’s a slink and a trickster. Cuttlefish are cephalopods and thought to be one of the most intelligent creatures in the animal kingdom. They mate in a frenzy. The smaller, weaker male cuttlefish have developed a nasty trick to spread their seed. They masquerade as female cuttlefish, both in appearance through complex camouflage, using chromatophores in their skin, and in demeanor. While the brute, alpha male cuttlefish battle it out for mating rites with the females, the beta cuttlefish creeps into weeds and crevices where the females wait. The females are not threatened, they think he’s one of them, and he lingers just long enough to get close and pop some sperm into one of them.

Like being queer, or plus plus, this behavior isn’t a sexuality but a courtship strategy. But queer has proved highly useful for the gay agenda, namely as a way to pad out the size of the community in statistics. Recent studies, usually conducted by bloated and worthless gay leftwing nonprofits like the Gay & Lesbian Alliance Against Defamation, or GLAAD, which have long outstayed their welcome, claim 20 percent of people aged eighteen to thirty-four identify as LGBTQ. The Q is what’s most important here. It’s safe to assume at least three quarters of that group have never had a same-sex encounter and don’t plan to, but they’ll check Queer on a survey anyway. Simply put, the Q just means à la mode. Like an increasing number of transgenders, it’s just fashion.

Chadwick Moore is the editor-in-chief of Outspoken and Outspoken Middle East and a contributing editor at The Spectator World. His book, So You’ve Been Sent to Diversity Training: Smiling Through the DEI Apocalypse, is on sale now.