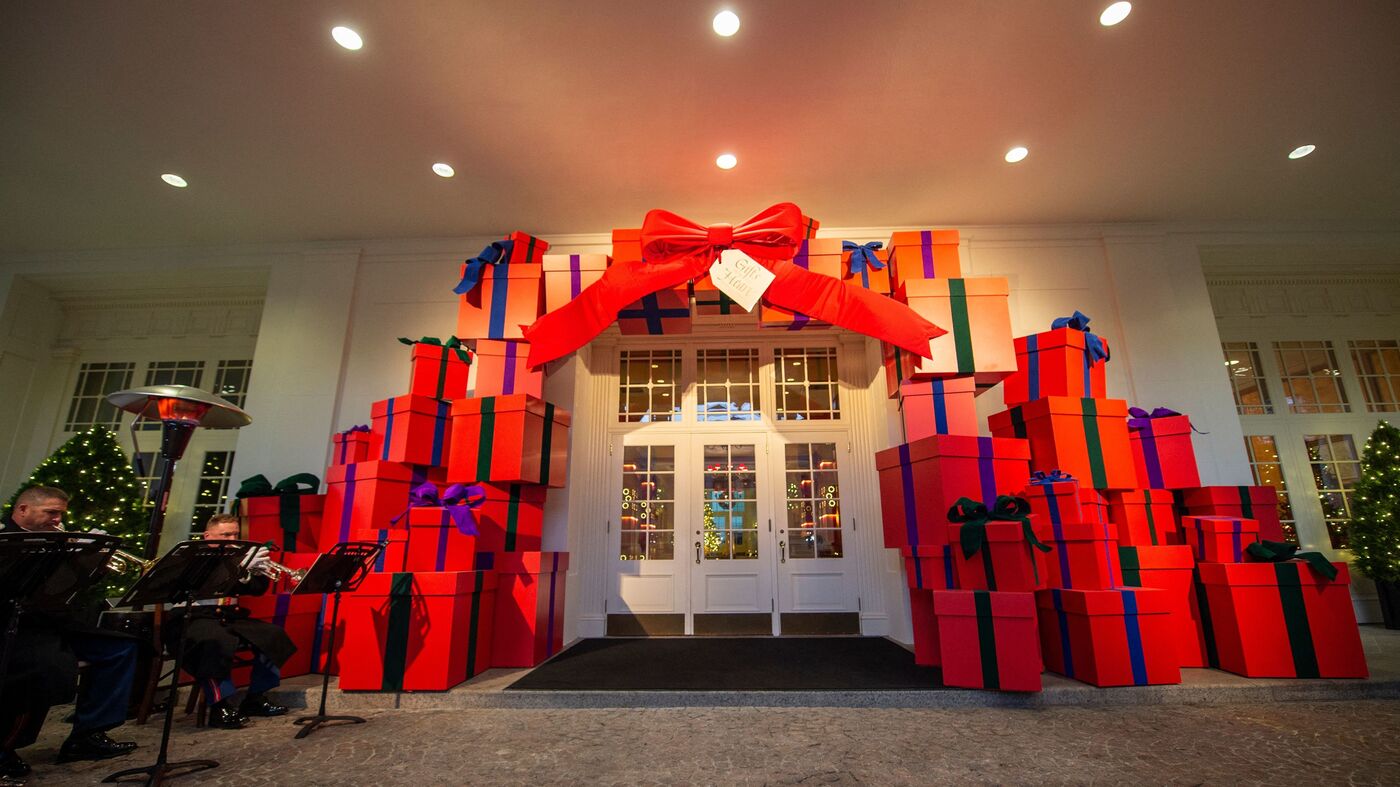 On secret recordings, Melania Trump once professed not to “give a fuck” about Christmas decorations, but, hey, at least she was good at them.

Those red conical trees of 2018 were dystopian cool and evocative of Tim Burton’s gothic glamour, while her winter birch twigs of 2017 were clean, understated and calm.

Sure, the haters dragged her — because they’re all vile and embittered, but at least she had enough creative courage to do something new and different. Or, as I prefer, something that had baubles.

The same can’t be said for Jill Biden’s festive efforts, which were unveiled on Monday to almost unanimous indifference across the world.

Contrived, characterless, and chilling — just like her husband’s administration — even left-wing journalists have been underwhelmed.

“There is very little to talk about…I find myself at a loss for words,” wrote Slate’s Heather Schwedel, who is rarely without something vile to say. Meanwhile, the New York Times’ Vanessa Friedman wrote: “The Biden White House Christmas décor isn’t nearly as stylized as the Trump-endorsed looks that preceded them. [It’s]… unremarkable.”

Twitter users were no less unimpressed, with some branding the decorations “ugly.”

Explaining her ‘vision’, Mrs Biden said: “The things we hold sacred unite us and transcend distance, time, and even the constraints of a pandemic: faith, family, and friendship; a love of the arts, learning, and nature; gratitude, service, and community; unity and peace.”

Really? More like gifts from the heartless. Or is it tasteless? Quite frankly, her bizarre pageantry has all the hallmarks of a Karen who bought in bulk from the local Big Lots!

Her installation in the entrance to the East Wing—a Minecraft-inspired stack of red boxes—is a case in point. They just look cheap and nasty; the sort you’d purchase from an eBay seller in China (I can only assume Hunter arranged these through his connections).

According to insiders, they’re not even packed with anything festive or fun, which means they’re empty like Biden’s head.

Then there’s the blue, aquarium-like decorations hanging in the East Colonnade, which resemble something from an elementary school. I mean, seriously. Not even the most devout gay Democrat will be replicating those in their homes this season.

Meanwhile, the official White House Christmas tree, located in the Blue Room, has ugly pagan vibes and is almost totally colorless (which is ironic for a Democrat; usually they’re obsessed with color).

Nobody wants this shit. They want glamour, glitz, and something a little sexy.

However, the nastiest aspect of Dr. Biden’s Christmas decor is not the aesthetics, nor the lacking production values, but the way it’s presented against the backdrop of her husband’s appalling mismanagement of the nation’s economy.

Inflation has soared to 6.2 percent this fall, which is the highest it’s been since 1990—causing the price of basic goods and services to soar in the U.S.

This means that the cost of bacon is up 20 percent, steaks are up 24 percent and fuel oil is up a whopping 59 percent. Last month, California—the ultimate blue state—recorded the highest gas prices in history for three consecutive days.

Yet this didn’t stop the Bidens from shelling out $139,000 for this year’s Christmas tree lighting ceremony, topped with an additional $171,000 for the event. Now that’s tasteless.

Such brazen vulgarity almost makes Jill Biden’s festive decor seem acceptable — even the huge gingerbread White House display (complete with gas station, church and hospital) which ‘recognizes’ the efforts of COVID’s frontline workers. After all, nothing says ‘thank you, peasants’ more than an edible edifice they’ll never get to taste.

However, if you follow our Twitter account, you’ll see we made some suggestions on how to improve it. Namely, by firing the frontline workers from the hospital and the fire station, by ensuring the children in church are forced to wear masks, and by completely defunding the police.

That’ll be much more realistic.

But it’s not all bad. It’s actually quite funny to see the Bidens fail at something as simple as dressing the executive mansion for Christmas.

See, by doing so, the First Lady has practically gift-wrapped the last laugh to Melania. And that’s priceless.