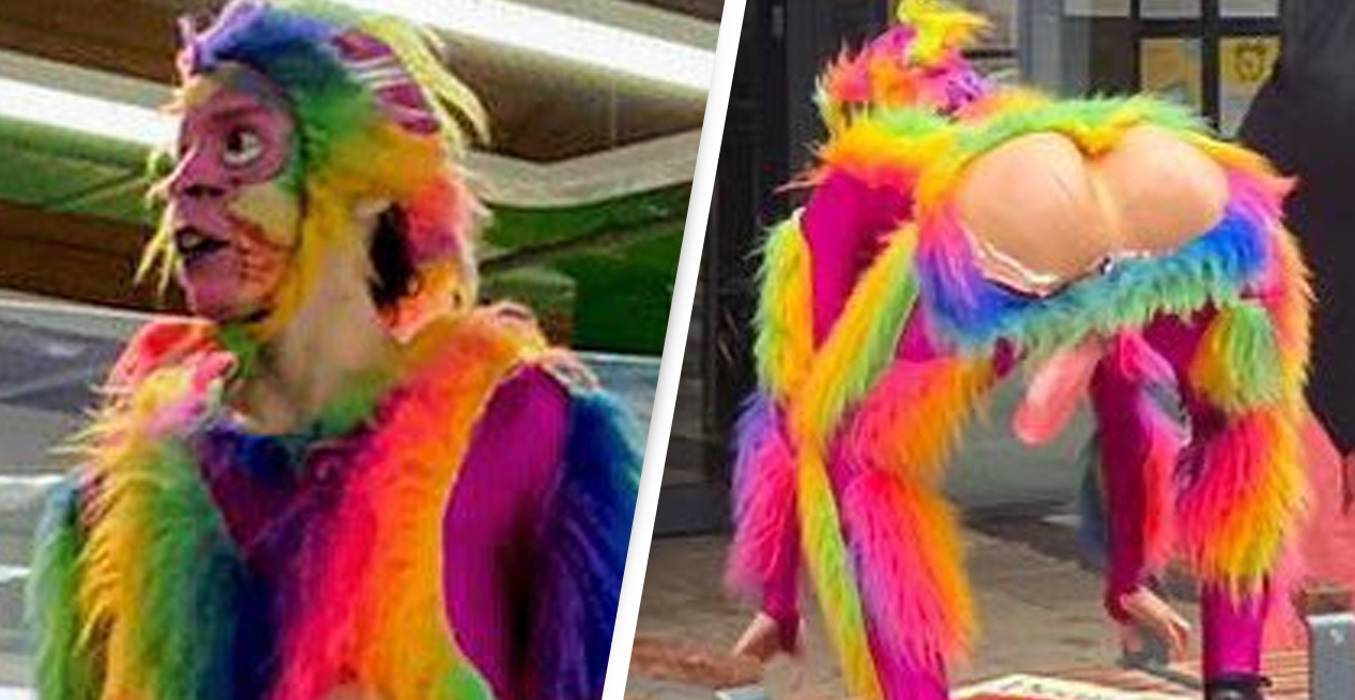 The event, Redbridge Libraries Summer Reading Challenge, was intended to encourage children to read but outraged parents say their youngsters were instead subjected to x-rated smut. The organizers of the event hired the Mandiga Arts Group and footage of the shocking display shows an actor dressed as a rainbow monkey with exposed buttocks and wearing a large fake penis.

According to the Evening Standard, the event disturbed many parents. The outlet reported that one parent said, “Someone needs to lose their job over this.” Another parent told the paper, “This is unbelievable. Have we completely lost our moral compass as a society?”

Has Ahmed, a Muslim conservative who lives in Redbridge also tweeted concern about the troubling performance. “Apparently this is meant to encourage kids in Redbridge to pick up reading for summer. Please tell me the rationale behind these indecent costumes that were shown to families and done so publicly. Is this really necessary?” he tweeted.

He tagged Jas Athwal, the leader of the city council of the Redbridge neighborhood of London, in the tweet. The Labour city council leader responded to Ahmed’s tweet, concluding with a bit of name-calling. “No it’s not. As soon as I learned of this I took immediate action. I contacted Vision & they have confirmed that all subsequent events have been cancelled. I will deal with this Monday morning. This was a couple of hours ago will not take lectures from a Johnny come lately,” he wrote.

Athwal made a formal apology for the library’s misstep. “I was appalled by the incident in Redbridge Libraries on Saturday. Completely inappropriate and deeply offensive performers were hired by independent contractor Vision who manage Redbridge libraries and leisure centers. As soon as I was made aware of the performers, I immediately contacted Vision and the event was stopped,” he wrote in a statement.

The elected leader claimed he would initiate an investigation into how this happened in order to make sure more dildo-slinging jungle dwellers don’t enter into the curriculum. “I have launched a full and thorough investigation into how these performers were hired by Vision and will put stringent measures in place to ensure something like this can’t happen again,” the statement continued.

One Twitter user responded to the leader’s statement asking him to take responsibility for the misstep and further called for Athwal to apologize for his hateful words against Ahmed. “Residents are also appalled by your refusal to accept responsibility.  Residents want an independent investigation and not more ‘spin’. Also, an apology to @HasAhmed_ is required as you were rude to him.” the tweet read.

Both the library and the media arts company also formally apologized for the incident. According to the Daily Caller, Mandinga Arts tweeted an apology for any “offence caused,” saying they “never intended to offend residents.” The organization also wrote, “Actions are being taken, more information to follow.” The media arts company now has their Twitter account locked possibly due to backlash they have received.

Redbridge Libraries tweeted an apology saying, “During an event put on at the library today there was a performance by a Carnival Arts Company. Unfortunately one of the animal costumes was inappropriate which we were not aware of at the time of booking. We deeply apologise for the offence caused. This is being looked into and a further statement will be made. This event was arranged by Vision and not Redbridge Council. Upon receiving complaints passed on by the Leader and Deputy Leader, we ceased the performance and are truly apologetic for the distress caused to residents. This will never happen again.”