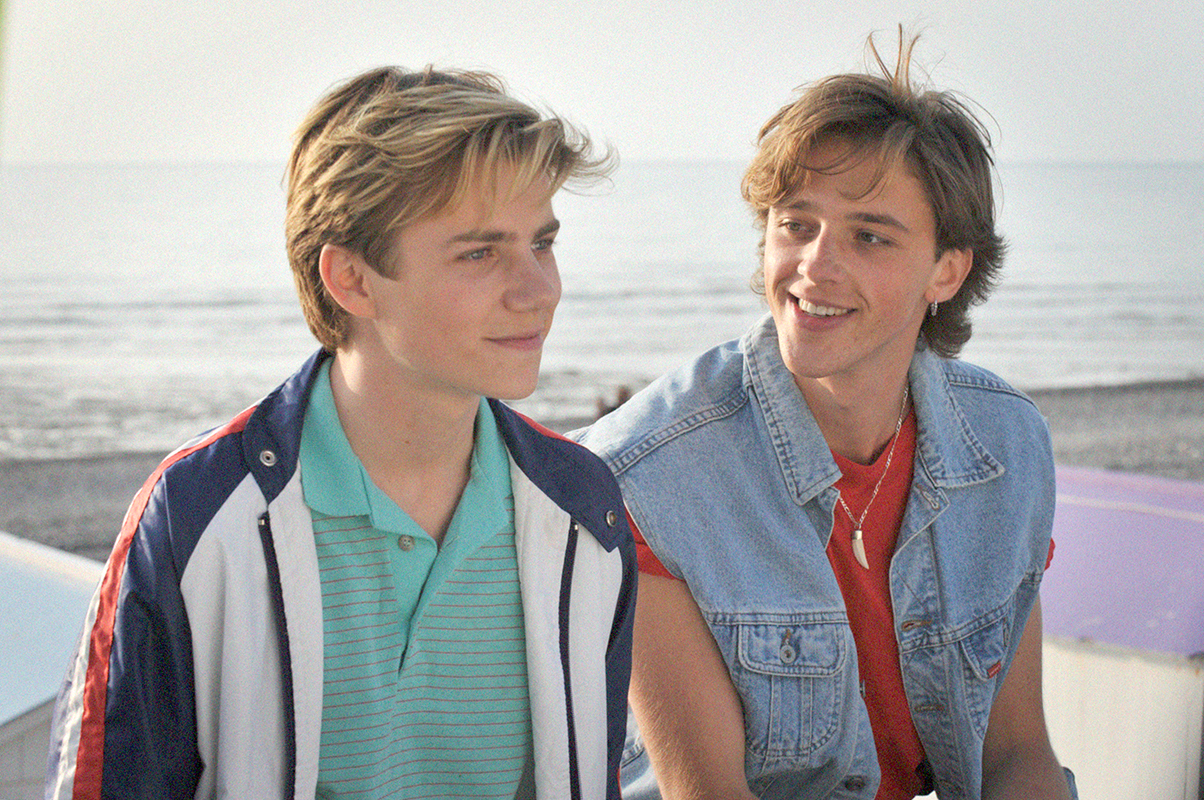 A scene from the film Summer of 85 // Playtime

We have a deeply confused, corporatized culture.

It’s verboten to write or play characters of another background or identity – we must speak in our ‘own voices,’ informed by our ‘lived experiences’ – but also, all ‘content’ must resemble a Benetton ad, with a suitably diverse pallet of gender, race, and sexuality, all of whom must behave and believe exactly as instructed. Nothing can be provocative; the beautiful is archaic, religion anachronistic, and the blandly ugly is ‘bold’ and ‘inspiring.’ And then the press endorses companies pandering to our tempers, as though they wouldn’t drown your grandma if it got them your wallet.

“Disney promises to increase diversity among executive ranks,” the Hollywood press praises, as though the gender diversity of millionaire executives helps aspiring girls and working women.

But guys, just remember that Chinese audiences don’t like gays or blacks, so don’t make them kiss, and when you market Black Panther, let’s keep the helmets on, kay?

John Cena and Lebron James set the new moral framework: point fingers in the West, bow knees in the East, and produce crap for both.

Perhaps this is why the best of international cinema and television, disconnected from Hollywood and its inanities, have topped charts. Compare Squid Game to Star Trek: Discovery and it’s clear why adult audiences, looking for quality entertainment and art, flocked to the Korean production.

2021 was the second year of the pandemic, with most films delayed and the few cinematic releases rarely worth the price of entry. There were highlights – namely, Pig, Wrath of Man, The Card Counter, Dune, The Last Duel, and The French Dispatch – but this second year of the virus underlined and heightened an ongoing crisis in cinema, America’s defining artform and the greatest populist entertainment on the planet. The last 20 years have seen mid-budget movies disappear, increased fealty to China, and studios focusing on entertaining children and childish men. If you love film, it’s been pretty bleak and the plague only made things worse.

Despite this – or perhaps because of it – independent gay cinema has managed to produce a few gems each year, – notably; Weekend (2012), Stranger by the Lake (2013), Pride (2014), Paris 05:59: Théo & Hugo and The Handmaiden (2016); Saturday Church (2018), and Straight Up (2019). These are stories about real experiences, vivid sex, the fear of death, and, yes, being gay. Because of that, they simply can’t be reduced to the neutered mean. They’re more mature, sexy, and distinctly Western, and often more artful too. So, as the piteous awards season begins, and millionaire celebrities praise themselves while their medium burns, let’s celebrate some of the great gay films they’ll ignore that came out in 2021.

3. The self-discovery drama: Ammonite and Minyan

‘Self-discovery’ and social ostracism are the most over-done and emphasized themes within gay media. They’re easy to do and highly relatable, thus ironically resulting in a deluge of generic mediocrity. Protagonists are defined by their sexless gayness and robbed of all other personhood just as their uncomfortable friends, co-workers, and relatives are reduced down to their homophobia. Identity becomes totalizing.

As such, neither Ammonite (which technically came out at the very end of 2020 but still) and Minyan are innovative, but they stand out by their subtly and surprising, so often missing, vitality. They have a specificity in their environments and leads that make their worlds feel whole and lived in. In addition, they favor intimacy and authenticity over trumpeting self-importance. The latest film by Francis Lee (his previous being the less artsy but also less artful God’s Own Country), Ammonite, tells the story of a young woman and an older paleontologist (played by Saoirse Ronan and Kate Winslet respectively) falling in love by the 1840s English seaside. Although this is centuries and cultures apart from the Orthodox Jewish Russian-American New York of Eric Steel’s Minyan, both films share a quiet intimacy that distinguishes them from the more Oscar-baiting takes on this template. Neither will startle or shock, but they’re likely to move you, and show how this style of story should be told.

Perhaps it’s not surprising that under humorless, repressive communist regimes, the vitality of cruising – the sweat and sex and tongue under streetlights – has been such a target of the state. Where thugs call each other ‘comrade’ but there’s little camaraderie, the dynamism of gay life humiliates the regime.

Operation Hyacinth considers this persecution directly, whereas Firebird focuses on the general paranoia and fear, but both use this core theme to enhance their respective genres, corruption thriller and romantic war drama. Firebird is more stylized than Operation Hyacinth – a visual spectacle, with beautiful, grainy cinematography, and a bold color-grading – but the dark pallet of Hyacinth befits both its narrative and 1980s Poland setting. As both relate to true stories and situations, they’re not cheery, but both are compelling genre pictures that remind you what entertainment for adults should be, what genuine oppression looks like, and how damn lucky those of us who live in the West are.

“We only met this morning”

“Why waste time? We’re only mortals”

Summer of 85 isn’t just a great gay film; it’s one of the best films of the year, and the motivation for writing this piece. About two young men who fall in love by the French coast, it’s everything Call Me By Your Name should have been–more beautiful, more intimate, more sexy and romantic, and utterly engrossing in its portrayal of youth’s spontaneous absurdity and heartfelt drama. The two leads, played by Félix Lefebvre (reminiscent of a young Christian Slater) and Benjamin Voisin, are a perfect match, and totally draw the viewer into the dynamic of their relationship. Each scene together sizzles with electricity. Though narratively simple, director Francois Ozon uses it as a tapestry for beautiful imagery, a fantastic mood, and surprisingly rich themes of gay attraction’s blend of self-loathing and desire, and the heart-breaking innocence of the pre-AIDS era. It’s a tribute to spontaneity, the finite nature of beautiful things, and how our vain wishes for them to last forever just dooms us to heartbreak. Most of all, it’s a truly marvelous film. If only more were like this, the medium would be in a healthier state.