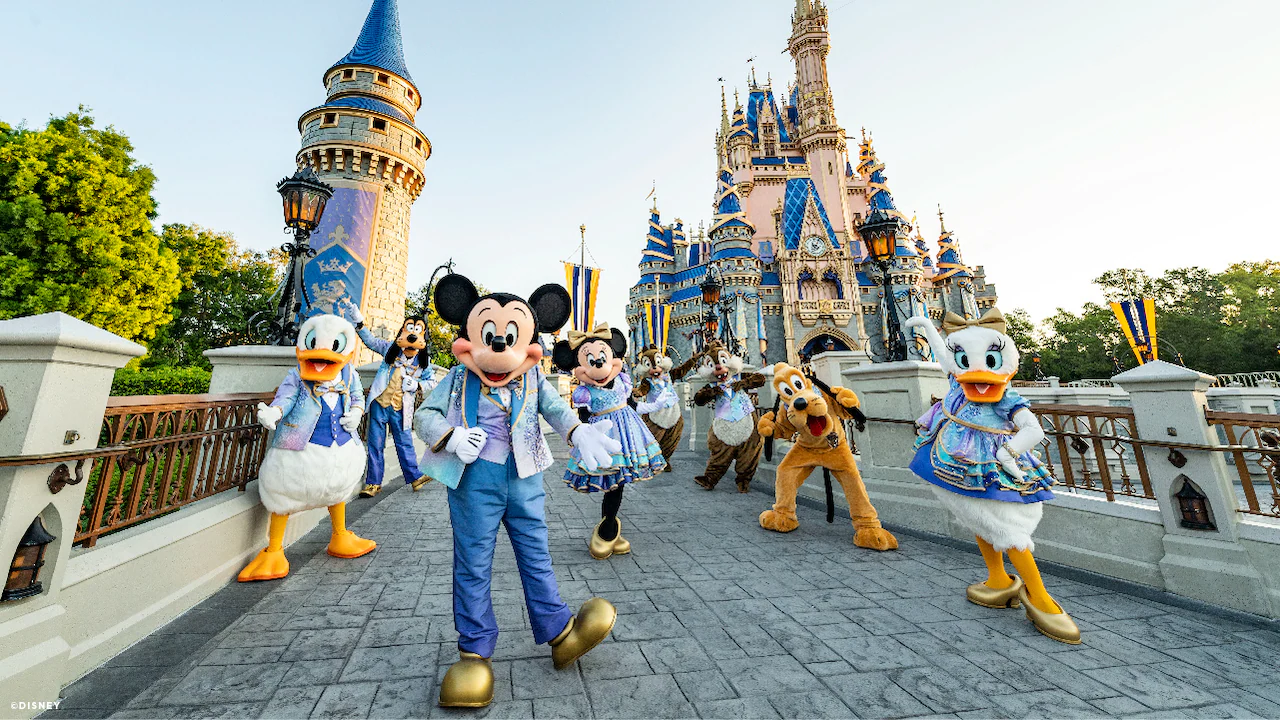 That trip fueled my interests in urban planning, set design, and innovation. I was a finalist in Disney’s ImagiNations contest for college students interested in becoming a Disney Imagineer and, all these years later, I’m an art director.

I have been to Walt Disney World a number of times since 1996, whether with friends or relatives, and have also visited Disneyland Paris and Tokyo Disney (the latter is on a level the American parks could only dream of). However, as the American Disney parks have become more commercialized, less classy, and chock full of obese people in scooters on the verge of a heart attack–one probably triggered by the amount of nickel-and-diming the Mouse does these days–here’s another peculiarity I’ve noticed. When you visit these attractions as much as I have, you get to know a unique theme park species: the gay who doesn’t grow up.

These gays usually have nifty names, such as Qyle with a Q, or Braydeen with two E’s (because, why not?). You can find them soaking up Peter Pan syndrome at Disney or Harry Potter syndrome up the street at Universal.

Don’t confuse this sort with the established gay couples that have dinner at EPCOT or the cool Guncle spoiling his nieces at Bippity Boppity Boutique next to Cinderella Castle. Such homosexuals are completely aware they’re adults and can enjoy the “magic” in a healthy way with the younger members of their family.

The Peter Pan gays, however, are easily in their 30s and 40s and stomp into the park sans youngsters, or dignity. They battle it out for a character autograph in a queue full of children (only hoping they can find Prince Charming on Grindr after he gets off his shift at 5pm). You’ll also find the Peter Pan gay lip syncing for his life and mimicking the dances of the afternoon parade from the side lines. They weep over the fireworks shows, wear their rainbow Mickey ears on their head, and have a lanyard full of pins dating back to the Clinton administration.

Down at Universal, they’re dressed head-to-toe in Hogwarts school attire, pushing kids aside as they flash their interactive wand at displays around Diagon Alley. They laugh and giggle like children, skip around, and ooh and ahh at theme park food.

What does this say about the gay community? While we had once lived on the fringes of society, our homosexual ancestors still knew their age and how to handle themselves accordingly (or, maybe not, with the occasional meth overdose. But, hey, 46 is 46). The more rights and acceptance we have garnered over the years, the more some of us have ironically rejected adulthood.

Adulthood lets you know that life is precious and finite. Some gays love sports, others are theater queens, art gallery tops, or vers vineyard drinkers, but with wrinkles and all, these are usually men who’ve taken on adult interests.

The Walt Disney World I loved is long gone. I now have to explain to people that there used to be multiple fine dining options back in the day that required men to wear jackets.

The trip I recently took with my parents for the Magic Kingdom’s 50th anniversary–this being my father’s first time back since the 25th anniversary in 1996–was more shocking for him than for me. Not only did he observe the decline in the park’s offerings and attractions that desperately need maintenance, he also saw the Peter Pan gays, a subspecies that seemed unheard of until this generation.

For all you 36-year-old Hufflepuffs out there that are more focused on seeing what Diagon Alley shop you most closely identify with, please pick up an adult hobby (I don’t care if it’s hanging out in a darkroom), but please, for God’s sake, grow up. And when you do grow up, if you ever have children or nieces and nephews, take them to a theme park. Let them have their place in the sun without you swooping in first to hug Goofy. Let them experience the fabled magic. Take photos. Take videos. Take with you a sense of pride that you have passed along to them their chance at a childhood rite of passage.

Embrace your gray hair and pass the torch on to a new generation.

Marxism, masks, and race-mongering: the perils of dating in a liberal city