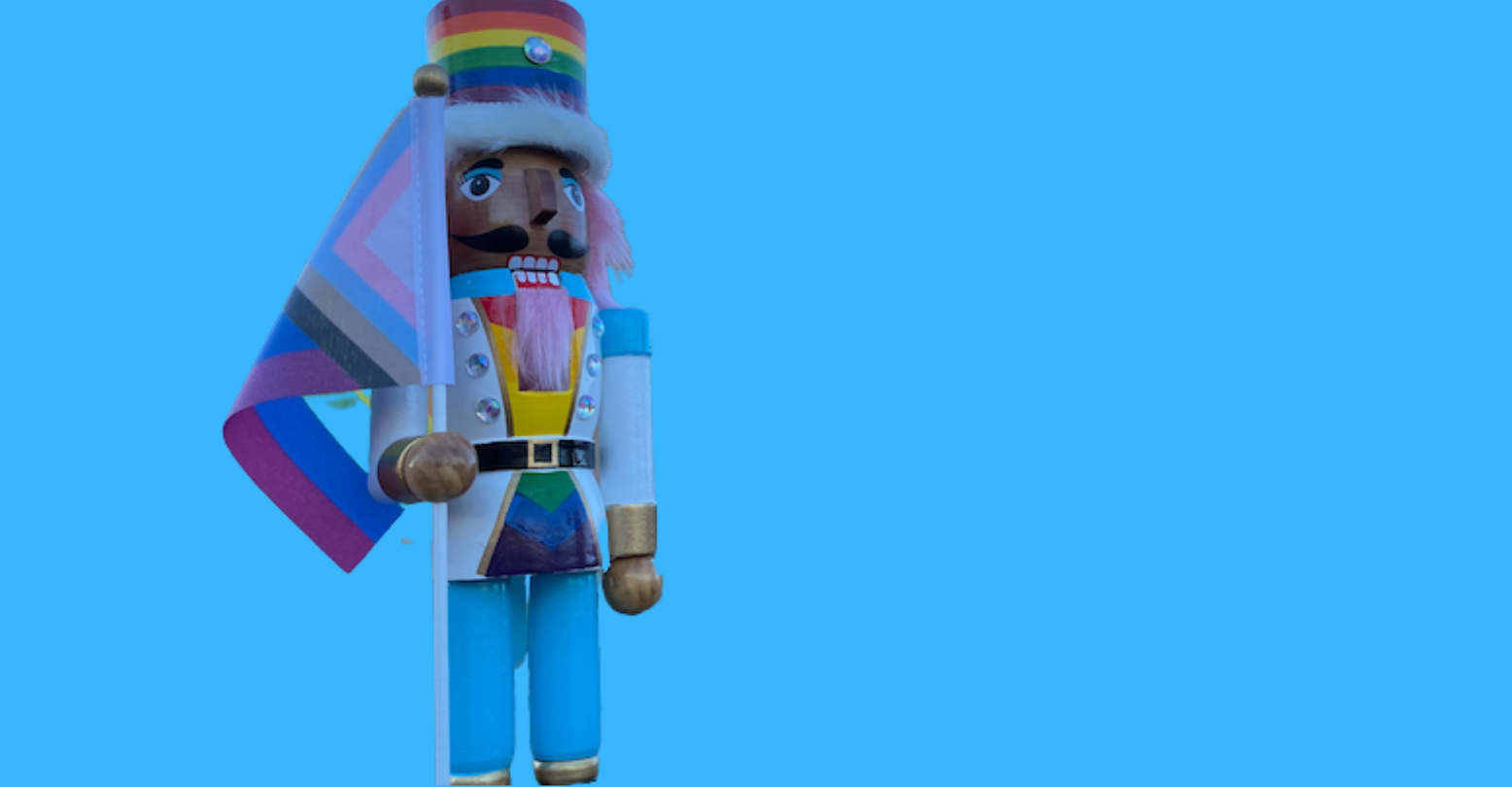 Christmas is the season of giving – and, this year, I’d love to give the gays a reality check.

Not all gays, of course. I’m not talking about the likes of Peter Thiel, Andy Ngo or Dave Rubin, who clearly have the ability to think critically and for themselves.

Nor am I referring to the likes of Pete Buttigieg or Tammy Baldwin, who—despite their alarmingly pro-socialist politics—seem reasonably intelligent people beyond their hot takes on, well, pretty much everything.

And, quite frankly, who could blame him?

People went nuts when the retail chain’s ‘inclusive’ item — a figurine from Tchaikovsky’s ballet, updated with a rainbow-striped hat, pink hair and pride flag — featured in a viral TikTok video.

Heralded as iconic and fab-u-lous by people who take endless selfies on their smartphones while raging against Western consumerism, the $10 decoration sold out in a matter of days, with many praising it as symbolic of societal progress.

“It reeks of rainbow capitalism…that being said, hell yeah,” one person commented. Another quipped: “Finally…REAL representation!”

Never one to have an original thought, the LGBT media quickly fawned all over it. “Pride Nutcracker Makes Holiday History” overstated one title, while another gushed: “Target’s LGBTQ Pride Nutcracker is the Ultimate Gay Gift.”

Really? I beg to differ.

See, a quick glance at the item’s specifications shows that it’s ‘imported’ from another country, and while this in itself wouldn’t ordinarily be an issue, a 2017 report from Truth In Advertising says the likeliest places of origin are either China, Malaysia, Ghana, or Korea—all of which are places where homosexuality is either illegal or condemned.

In Malaysia, where views on homosexuality are shaped by Islam, sex between two men is a crime that’s punishable by up to 20 years in prison. Human Rights Watch stated in 2015 that “Discrimination against LGBT people is pervasive [in Malaysia].”

The situation is no better in Ghana. There, many Ghanaians despise homosexuality, which explains why violent attacks on LGBT individuals are alarmingly common, with many of them tacitly encouraged by the media and politicians.

And, although homosexuality is technically legal in South Korea, it’s also still massively taboo, with the general hostility forcing most people to live closeted, repressed, and unhappy lives.

So, all things considered, Pride Nutcrackers derivative of such places can’t possibly be symbols of equality. If anything, they are symbols of woke idiocy, which never self-corrects or ties itself to a consistent principle, yet hectors people on how to ‘do better.’

This, in a festive nutshell, is precisely my beef with ‘woke’ gestures by corporate companies: they’re all empty, hypocritical, and meaningless.

What little value they do have is rooted in the self, which is the complete opposite of what Christmas is all about: love, understanding, compassion and goodwill towards men (yes, all men—including straight, white ones). Yet even this has become ‘problematic.’

This year, most major retailers have bent over backwards to over-represent black people in their adverts, including Esty, who suggested Santa being white was low-level racist, so revised him as African American. Disney then did a similar thing, with a black man portraying Santa during this year’s holiday season parade in Florida to ‘promote diversity.’

Personally, I have no problem with this — except that it’s utterly self-contradictory. Only five minutes ago we were told that it was wrong for (white) actor Harry Shearer to play (black) Dr. Hibbert on The Simpsons. He resigned from the gig after thirty successful years.

The same thing happened with Mike Henry, the voice behind Cleveland Brown on Family Guy, who stepped down from the role after 20 years. “I love this character,” Henry wrote on Twitter, “but persons of color should play characters of color.”

OK, cool. But, by that logic, isn’t it a massive double-standard to have non-white actors playing white characters such as Santa Claus? And, if not, why not?

Moreover, why is ‘representation’ limited just to black people? Why aren’t Asian or Indian actors also given the chance to play the festive father figure? And why do no BLM activists demand it?

The answer is simple: these big corporate companies don’t genuinely care about anything other than profit and optics, which essentially translates to not pissing off Black Lives Matter and/or being branded racist by activist-led publications.

This is also why companies, much like basic gays and other progressives, are trying to out-do one another with their displays of wokeness. Essentially, intersectionality has created an arms race of virtue-signalling, with everyone vying for the title of ‘most woke’ or ‘least bigoted.’

Hilariously, the great irony is that, for all their grand proclamations about championing the lives of others, they only really care about themselves and whatever politics they espouse. This alone would be bad enough, but the fact they’ve hijacked a religious holiday to do this is particularly poor taste.

Christmas is supposed to be a celebration of Christianity, or—at the very least, human kindness—but the only religion that’s being worshipped today is wokeness.

Then again, of course it is—it’s all about them.