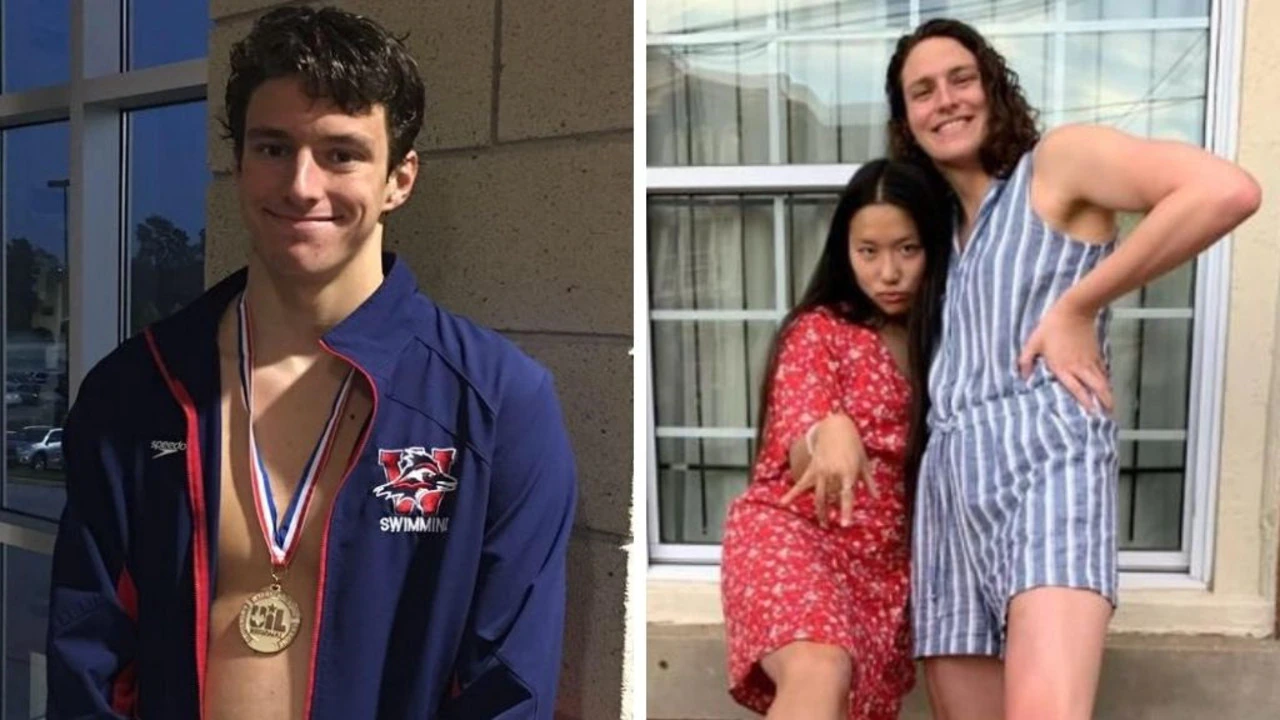 The women’s swim team for the University of Pennsylvania has a notable competitor among their ranks, Lia Thomas. Thomas has been winning competitions much to the delight of coaches, but the problem is that Thomas should not be on the team, not even close. Thomas is a biological man who claims to identify as female, and such is the nature of LGBTQ+ advocacy and activism, that everyone around Thomas upholds this delusion.

Thomas uses female pronouns, wears long hair, cute little jumpers, and poses in femme-y ways in pictures. But Thomas’s presence on the team is not only an insult to teammates–the women around which Thomas swims literal laps–but also competitors, the sport itself, and women as a whole.

Winning swim meets in women’s competitions may be a dream come true for Thomas. Perhaps Thomas really does feel that deep down he should have been born she–with ovaries on the inside, mammary glands, smaller bones, less muscle mass, and the ability to bear children. Or maybe Thomas just likes the clothes, is into makeup and fast fashion, or maybe would prefer being a straight woman rather than a gay male, if Thomas’s sexual proclivities veer in the homosexual direction. Maybe Thomas just likes to win and can’t win against men of his own gender. As horrible as that may sound, these are perfectly normal questions that no one is allowed to ask. When biological men break out to dominate in female arenas, people rightfully get suspicious.

Thomas is a biological man and should in no way be participating in women’s sports as a competitor. Thomas should not be changing clothes in the women’s locker room, let alone sharing agony over period cramps, which Thomas doesn’t have, with teammates, all of whom look like tiny little elves next to Thomas.

Thomas is cheating and the entirety of college athletics in the U.S. is perpetuating fictions to enable Thomas to do that. Coaches are lying. Teammates are lying. Friends, family, media, all uphold this massive, provable, horrible, offensive lie and demand that others do the same. Some students have spoken out. Parents have complained to the NCAA, the governing body of college athletics. Still, nothing happens.

“I’ve spoken with parents of athletes swimming against Lia,” Beth Stelzer of Save Women’s Sports told me. “Everyone involved knows this is not fair, but they have been bullied into silence by the administration and cancel culture. Women’s sports are not the place to validate identities. Identities do not play sports, bodies play sports. Lia has a male body. Lia should not compete against women. Period.”

Thomas even bragged after winning the 200 freestyle at the University of Akron Zippy Invitational. “That was so easy, I was cruising,” Thomas reportedly said. After a win in the 500 freestyle, Thomas was disheartened by the outcome against female opponents, but still found cause to brag, saying, “At least I’m still No. 1 in the country” within earshot of female teammates, according to reports.

Women must stand and object to this obscenity. Biological males are not women. Male athletes should not be competing in women’s sports. Stop accepting the lies. Stop giving in to delusions.

Thomas may or may not give a single care as to whether the competition is fair against people who, no matter how hard they train, can never make comparable time in the pool. But the rest of us should care.

The stats speak for themselves and, as a result, some teammates are less afraid to speak up.

“​​In November,” the Daily Wire notes, “Thomas smashed the record in the 200 free time and the second-fastest 500 free time, with both times breaking Penn program records.” And last weekend, “Thomas won the 1650 free by a whopping 38 seconds, the 500 free by 12 seconds, and the 200 free by seven seconds.”

It turns out, just like traditional gender stereotypes suggest, women are easy to push around. We acquiesce. We give in. We defer and demur when we must, and when a big, hulking 6-foot-tall transgender woman, built like a fucking horse, comes round with a twinkle in her eye and swirl of hair round her fingers claiming to be female, we all look at each other and then look down and say, oh, okay, sure, I guess you’re a woman now.

This is what has happened. We women have been cowed and cajoled. We are so used to hearing how little we matter, how inconsequential our own expectations and understandings of womanhood are, that we are more than willing to hear yet another man complain to us that he knows better than we do, what women are.

Feminists have caved more than most, because they were blind to the gender trap they set for themselves. When feminists sought to separate gender from biological sex, to say that gender is that which is perceived to be the role of women while women are themselves something separate from the male expectations placed on us, we thought it would be liberating.

But instead, it was nothing but a landmine waiting to be stepped on before blasting the very concept of womanhood to tiny, bloody bits.

Thomas for sure has feelings, and those feelings matter, but in this realm, the realm of women’s sports, Thomas’s feelings of entitlement to female spaces and female records are completely and totally irrelevant.

That’s where we are now if we let this proceed. If we don’t stand up for our bodies, our spaces, our lives, our sex, we will be nothing but uterus-having gestating machines fulfilling a Handmaid’s Tale fantasy for a class of trans women who claim a right to our bodies, our identities, and our children. It’s already happening. Make it stop. Speak up. Kick Thomas out of women’s sports. If Thomas can qualify to compete in other leagues, then so be it. If not, Thomas can take those frank and beans, massive muscle mass, and penchant for women’s paraphernalia and get out of the pool.