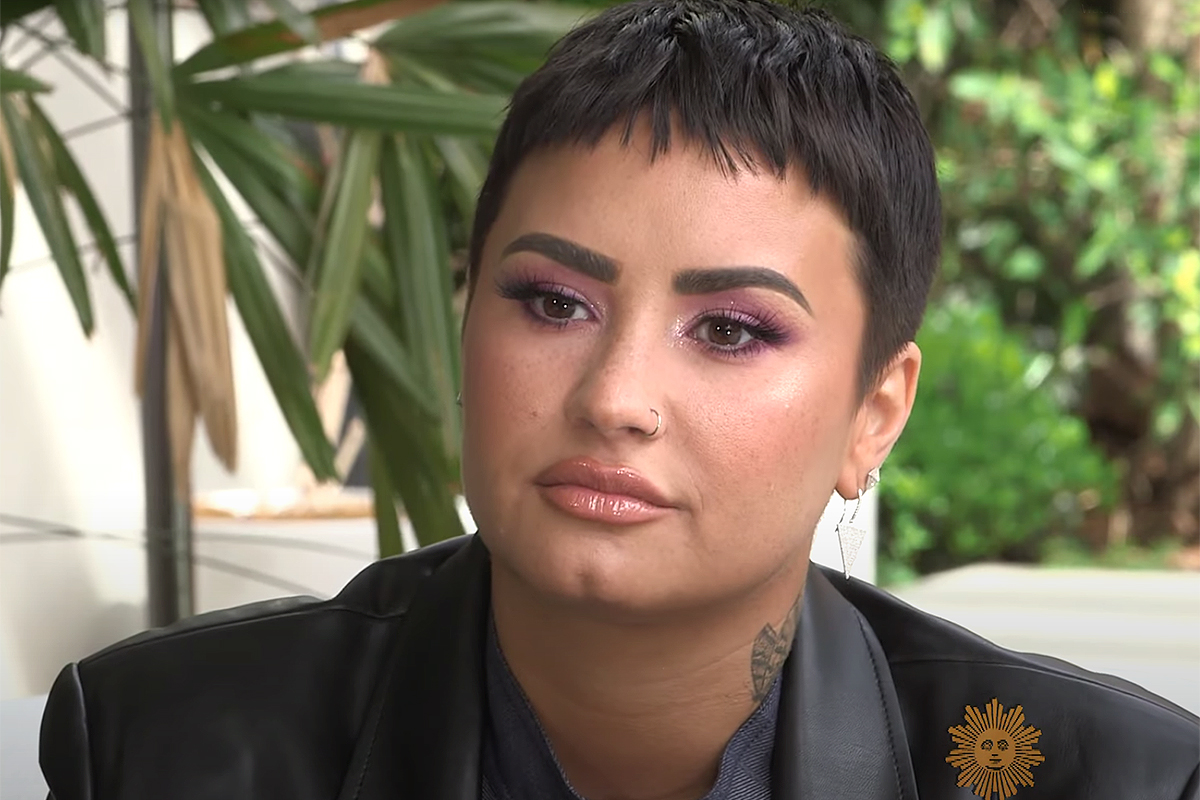 With a handful of celebrities recently declaring themselves “non-binary,” the academy is rushing in to give the novel moniker some merit.

Last week faculty at the University of California, Riverside published a question-and-answer about the basics of being “non-binary.” The fashionable, politically-charged term popped up in the last decade to forsake elementary school biology and treat gender as a spectrum.

The most recent and well-known genderless coming out stories include gay British entertainer Sam Smith and American crooner Demi Lovato. Both pop stars now insist they are neither male nor female and demand to be referred to using “they/them” pronouns.

The California professors were swift to applaud celebrities like Lovato for bringing attention to non-binaries and amplifying the community’s status. The first question addressed by the panel was perhaps the most straightforward, although the same can’t be said for the answer: What does ‘non-binary’ mean?

Jennifer Doyle, a professor of English, responds, “A binary model of gender is too narrow; non-binary opens up the idea that gender is far more diverse, nuanced; gender is far more complex and mobile. The terms ‘male’ and ‘female’ are just not enough.”

“Gender binary has no basis in biology; reproductive biology is simply not a binary structure. Our physiologies are non-binary, but we live in a world that is radically binary,” Doyle, who has a degree in English and not biology, goes on to say.

Another faculty member, Brandon Andrew Robinson, who identifies as non-binary and teaches a course on Critical Queer Politics, says the use of standard pronouns and gender-specific language forces individuals into a “box.”

“We often only use the pronouns ‘she’ and ‘he,’ upholding the view that only two genders exist. Other pronouns such as they/them can work to disrupt the gender binary and the cisnormative view that there are only two genders,” Robinson claims in the piece.

The kooky professor went on to assert that the gender binary, known as sexual dimorphism to biologists, is a product of colonialism and white supremacy, an idea that comes directly from the critical theory gospel.

“Nonbinary is an acknowledgement of this gender expansiveness — a gender expansiveness that has always existed and that has often been disciplined and erased through processes of settler colonialism, imperialism, white supremacy, cisnormativity, and heteronormativity. Gender pronouns are one mechanism of maintaining the gender binary,” Robinson claims.

“Why is it important for artists such as Lovato to publicly speak out about this?” another question poses, giving the professors a segue into partisan politics.

Robinson suggests that recent legislation is in direct response to these celebrities coming out. “[O]ne can think of the so-called ‘transgender tipping point’ where Laverne Cox and a few other trans celebrities began speaking out and getting famous but also the immediate and still ongoing backlash of politicians passing ‘bathroom bills’ and other anti-trans pieces of legislation.”

Doyle, the English professor, again plants a flag in the name of science. “These bills impact transgender people, non-binary people. Those laws are built on sight science, but there is no science behind what they are saying. There’s a lot of fear-mongering, phobia. That political movement is harming a lot of people,” she claims.

Critics argue the trendy new language has taken over the conversation about LGBT rights and identity, particularly on college campuses. The concept of gender fluidity, and in particular the term “non-binary,” is very recent. A search for the term “non-binary” on Google Trends shows that it first appeared in 2014 and has increased in use drastically sense then. Similarly, the term “gender fluid” has no record of existence before 2013 and has been rather sporadic in use since, indicating that “non-binary” is the preferred nomenclature.