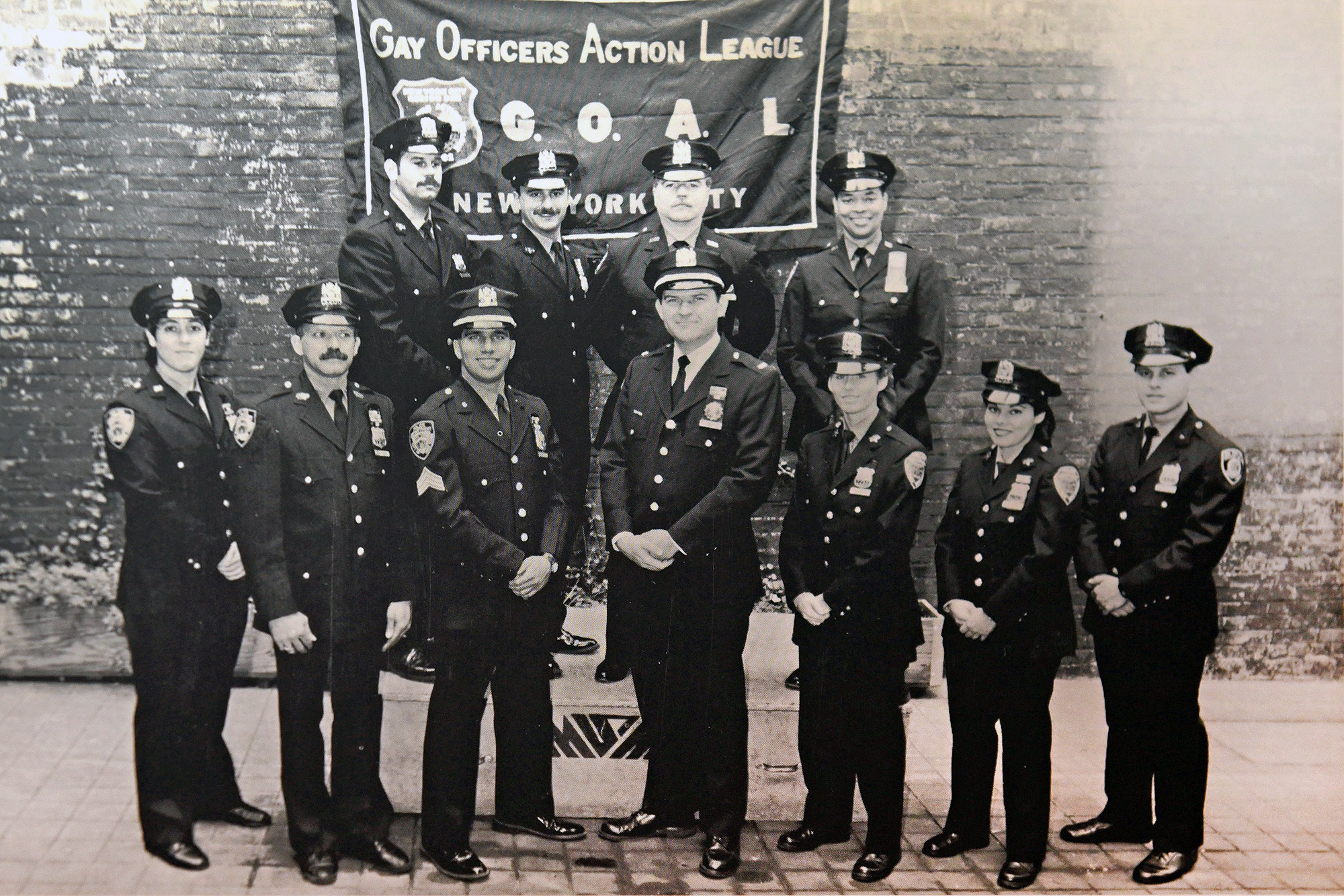 Despite the group’s decades of activism within the Big Apple’s LGBT community, the Gay Officers Action League (GOAL) has been shunned and excluded from New York City Pride events for at least the next four years.

Citing recent anti-cop sentiment among leftwing activists Heritage of Pride, the organization that runs New York’s massive Pride celebrations, kicked out the boys and girls in blue saying their presence wasn’t welcome for the foreseeable future.

From its conception, GOAL–a non-profit civil rights organization founded in 1982 by Charles Henry Cochrane Jr., the first openly gay NYPD officer–struggled for acceptance in the NYPD. What began as a small group of clandestine officers meeting in secret has become a multi-chapter organization fighting for the LGBT community across the nation. GOAL has independently run chapters in Boston, Philadelphia, Chicago, and Orlando.

GOAL started with the mission to eliminate discrimination and employment termination of gay police officers due to their sexuality. For many years, gay officers were shunned by colleagues for participating as civilians during Pride events. Then the group made headlines, taking on the department itself.

According to a 1996 report from the New York Times, the organization sued the NYPD that year for receiving unequal treatment compared to other fraternal organizations with the department. Irish, Hispanic, and black police officers were allowed to set up displays in police headquarters honoring their members’ contributions. GOAL was not allowed to do so.

The suit further alleged the NYPD did not allow official police participation in the Pride parade in the same way the department permitted officers to attend New York’s St. Patrick’s Day Parade and Columbus Day festivities.

In a 2018 article detailing the history of the gay cop club, the New York Post reported, “That same year [the suit was filed] was the first time those officers were allowed to join the Pride March in full dress uniform. In 1997, the NYPD settled the suit, never admitting wrongdoing.”

The Post reports that the NYPD currently has a handful of active duty, openly transgender officers on the force. Aiden Budd, who at the time worked in Manhattan’s 20th precinct told the paper, “GOAL made me feel very comfortable and reassured me that I’d be OK . . . I was surprised to see an organization like them . . . When you grow up in a world where it’s taboo, I didn’t know there was a whole organization that is standing up against the taboo.”

Budd is also part of the organization’s training sessions and answers questions his fellow officers have about being trans. For years, every single officer entering New York’s 60,000 member police force is required to undertake LGBT sensitivity training that is organized and instructed by GOAL members.

Much of the training focuses on issues and assumptions that might arise when dealing with LGBT citizens. One example in a video on GOAL’s website shows a role playing exercise demonstrating that a police officer might suspect domestic violence when they find an injured woman as part of a heterosexual couple. However, the same police officer probably would not suspect domestic violence in a lesbian or gay couple. GOAL has instructed tens of thousands of police officers that such a dismissal could be dangerous for the citizens involved.

In a recent video about community outreach, Detective Carl Locke, the LGBTQ liaison for the police commissioner, shared how the NYPD works with the diverse citizens of New York City to root out and solve problems.

“We’re assigned full-time to go out into the community, find out what the issues are, bring them back, and if someone has an individual problem, we’re going to address their problem,” he says. “We are as diverse as the people we police, and we are trying to make sure our policies and procedures stay as up-to-date and as current as we can.”

“At the end of the day, we want to make sure that the department is here to serve you, and if you need help from us, we’re here for you,” he continues in the video.

During 2019 Pride, GOAL awarded Chief James Waters of the counterterrorism bureau the group’s Ally Award. During his recognition speech, Waters said, “I want to speak specially to every member of the LGBTQ+ community who has ever thought twice about calling the police when they were hurt or needed help out of fear that we might make it worse.”

“When somebody calls the police in New York City, we don’t ask who you are, what you look like, what god you pray to, or who you love. We will help you. We will protect you, every single one of you,” he said.

GOAL also holds monthly membership meetings at the Stonewall Inn, the infamous location of the original June 1969 police raid and ensuing rebellion that remains the catalyst for Pride celebrations across the world. Although the circumstance for that raid remain murky–whether it was targeting mob-run businesses or the gay men who congregated at the establishment is unclear–the NYPD nonetheless issued a formal apology in 2019.

“The actions taken by the N.Y.P.D. were wrong — plain and simple,” Police Commissioner James O’Neill said at the time during an event at Police Headquarters. “I do know what happened should not have happened.”

“The actions and the laws were discriminatory and oppressive, and for that, I apologize,” he added.

Brett Favre under fire by activists for transgender comments