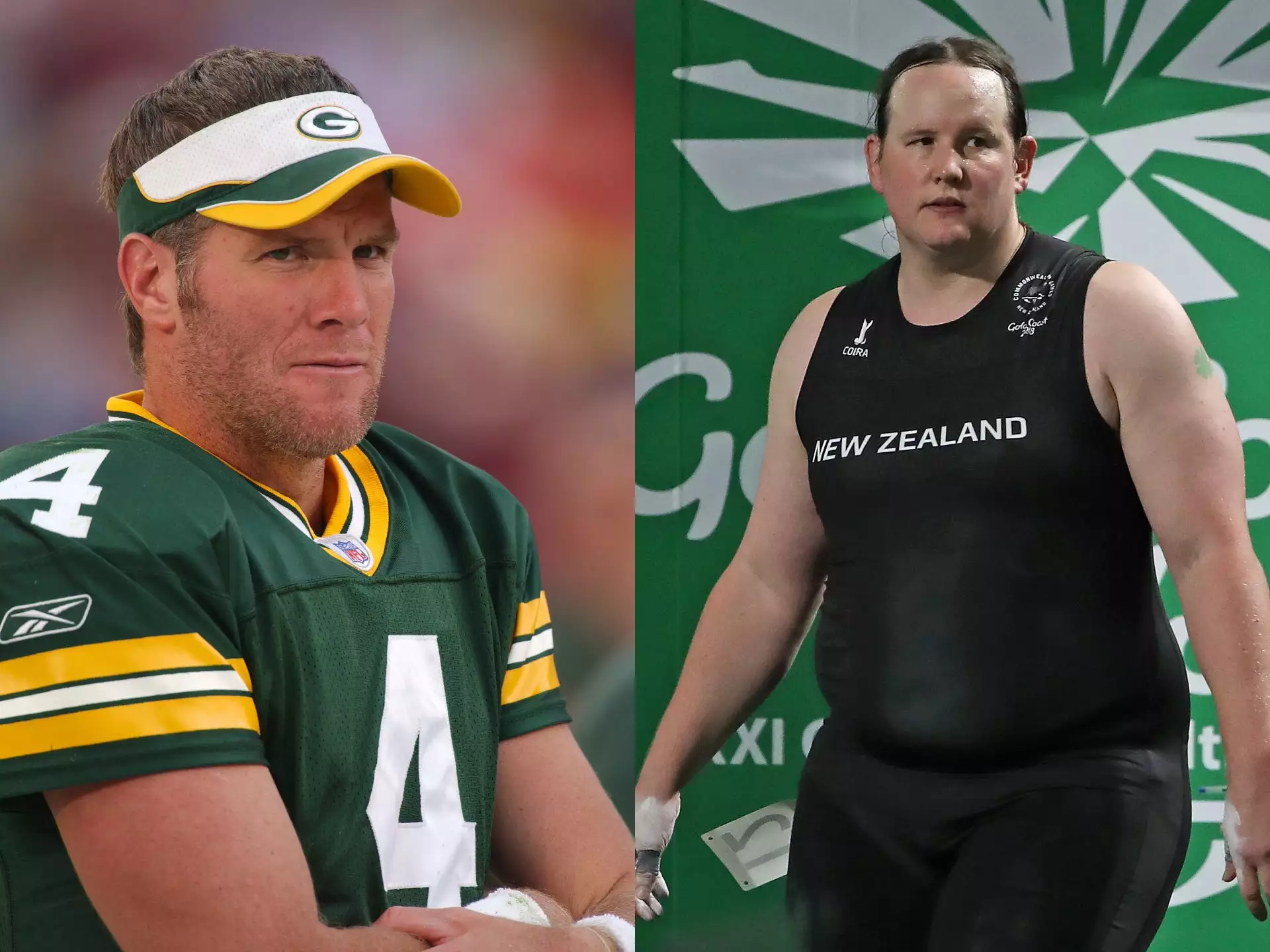 Former Green Bay Packers quarterback Brett Favre is in the throws of cancellation after remarks considered “transphobic” by leftwing activists.

On his podcast this week, Favre weighed in on the topic of transgender women competing against biological women in sports. In particular, he blasted the International Olympic Committee for allowing the transgendered New Zealand weightlifter Laurel Hubbard to qualify for the Tokyo Games.

According to Fox News, Favre said during his podcast, “It’s a man competing as a woman. That’s unfair. It’s not fair for a man, even if this person wants to be a woman or feels compelled — if you want to become the opposite sex, that’s fine. I got no problem with it. But you can’t compete against — males cannot compete against females.”

He continued, “If I was a true female — I can’t believe I’m saying that — and I was competing in weightlifting and lost to this person, I would be beside myself.”

Hubbard has competed against biological women in weightlifting for years. She won medals in 2017 World Championships and 2019 Pacific Games, knocking out of the running two long-time female weightlifting champions. She was also set to compete in 2018, but due to an injury had to bow out.

With Hubbard qualifying for the New Zealand women’s weightlifting team, she now has the distinction of being the first transgendered woman on any Olympic team. In a statement after qualifying for the Olympic team, Hubbard said, “I am grateful and humbled by the kindness and support that has been given to me by so many New Zealanders. When I broke my arm at the Commonwealth Games three years ago, I was advised that my sporting career had likely reached its end. But your support, your encouragement, and your aroha (love) carried me through the darkness.”

The 43-year-old weightlifter became eligible to compete as a woman in the Olympic qualifying rounds after the International Olympic Committee changed the guidelines in 2015. One of the main rule changes that is seen by some as a leveling of the playing field is the monitoring of testosterone levels.

The new guidelines state, “The athlete must demonstrate that her total testosterone level in serum has been below 10 nmol/L for at least 12 months prior to her first competition.” However, even that is not a hard rule as the committee also added the caveat that exceptions may be made on a case-by-case basis “considering whether or not 12 months is a sufficient length of time to minimize any advantage in women’s competition.”

As reported by the BBC, many critics of these rules say there is still a considerable unfair advantage for transgendered women who went through biological puberty as a male. Critics of the controversial decision “have pointed to the biological advantages of those who have gone through puberty as males, such as increased bone and muscle density,” BBC stated.

Hubbard was not the only transgender athlete Favre mentioned on his podcast. He also discussed BMX Freestyle rider Chelsea Wolfe. Wolfe notably said on Facebook last year that she wanted to win an Olympic medal so she could “burn a US flag on the podium.” Fox News reports that post has since been deleted, but Wolfe is still getting backlash for it. She qualified as an alternate in the upcoming Olympic Games.

A brief history of GOAL, the gay cop club booted from NYC Pride