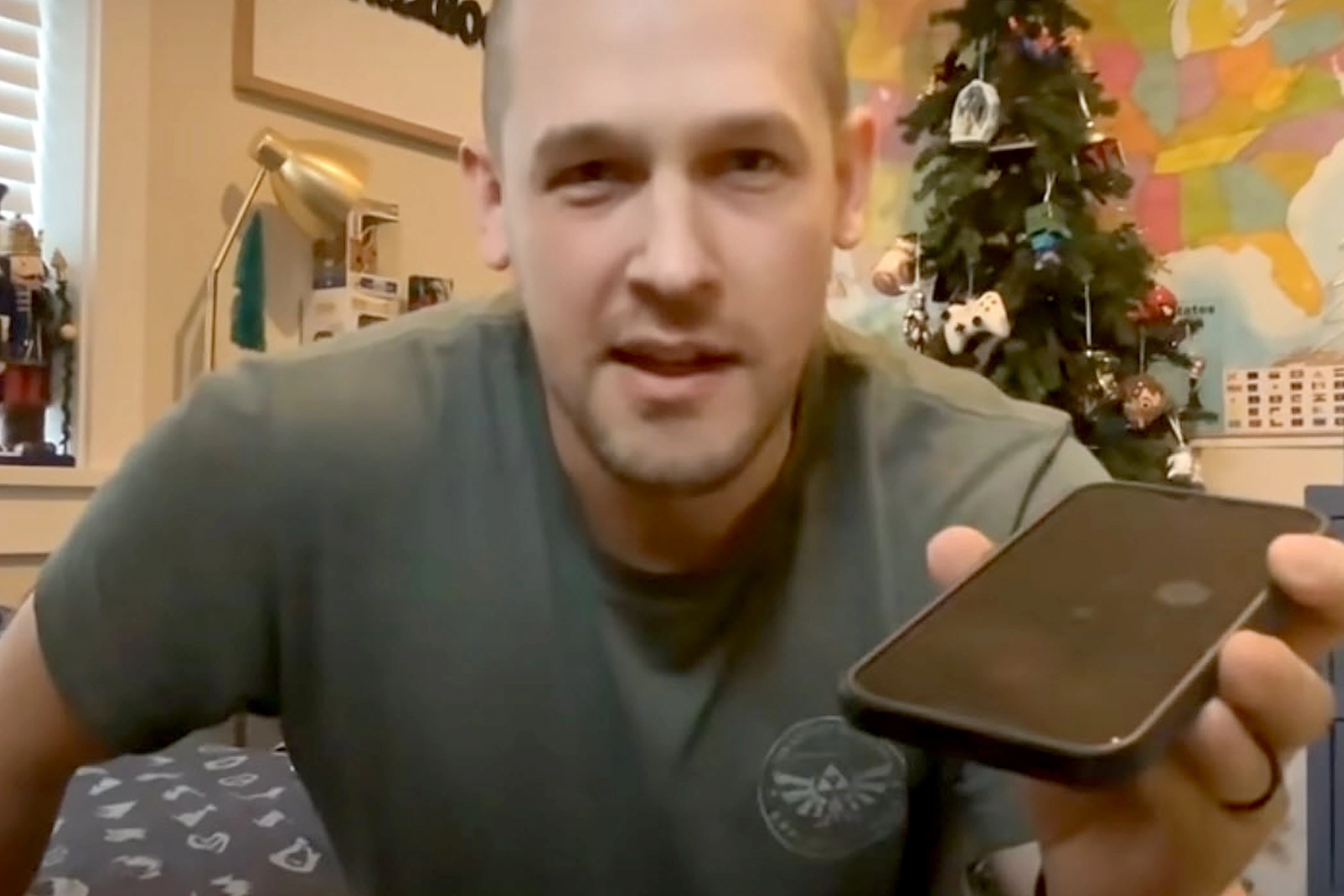 The left is triggered. Again.

Not because of the feces and hypodermic needles on the streets of their Democrat-run cities. Or the rise in inflation, which has soared to the highest level since 1990.

Nor are they distressed over the Jussie Smollett race hoax, which vilified innocent Trump supporters and branded them all violent, racist bigots.

But, they are upset over a 35-year-old who playfully trolled Joe Biden during a televised phone call, last week.

Yep, that’s correct – the people who spent four years screaming “fuck Donald Trump” like unhinged lunatics are now aghast that Jared Schmeck, a father of four from Oregon, had the temerity to poke fun at the president during a Christmas Eve NORAD call.

Now, after highlighting Biden’s gullibility, Schmeck has experienced firsthand exactly how tolerant liberals truly are; they have doxxed him, tried to get him fired, and even sent death threats via social media.

The fury that followed was so ferocious that Schmeck deleted all of his social media and even offered something of a semi-apology to the baying mob. He called his remark a “joke,” and a reflection of his frustration with Biden’s policies, including the federal vaccine mandates and global supply chain problems that have caused shortages in consumer products, he told the Oregonian. But it wasn’t enough.

Keen to embody the Christmas spirit, liberals then continued their offensive and even attacked Schmenck’s loved ones. Together, they down rated his family’s Winema Electric company on Yelp, where they left multiple one star reviews.

One wrote, “What kind of company would employ Jared? Even if he is the son of the owner, he should be fired immediately. Would never let these people near any electricity.”

‘This company employs Jared Schmeck,” commented another. “A man-boy who used to be a police officer but now works for his mom. Jared is a disrespectful and vulgar father.”

The legacy media then joined in the attack, practically harassing him throughout the holidays. Ron Brownstein, a senior editor at the Atlantic, summed it up best when he said on CNN Sunday that Schmeck’s comments were “fundamentally about insurrection.”

Meanwhile, the Los Angeles Times went after Schmeck’s father, claiming he was involved in trafficking illegal firearms and ammunition from 1991.

The whole thing has been far more vulgar and disgusting than anything between Schmeck and Biden. But, like I said, the left = tolerant and liberal. Except when they’re being massive hypocrites who’ll do anything to ensure their political agenda thrives.

Just look back through recent history. When a cyclist flipped her middle finger toward Trump’s motorcade in 2017, it wasn’t denounced by the media, it was celebrated as people power. The woman in question, Julie Briskman, even went on to win a seat on the board of supervisors of Loudoun County, Va.

Likewise, Hollywood actor Robert de Niro got a standing ovation at the Tony awards for saying “F Trump”, despite the fact he was essentially inciting violence against a public official.

Then, during that God-awful women’s march (you know, the one with the pink pussy hats), Madonna was cheered on by shrill harridans when she threatened to blow up the White House.

This sheer, unadulterated hatefulness lasted for four long years. Eminem even depicted Trump being killed in one of his music videos, while Kathy Griffin famously held up an effigy of Trump’s severed head in a so-called comedy sketch.

Yet now, without a shred of irony, all of these people are ‘outraged’ by the sour taste of their own medicine. If it wasn’t such a double standard, it’d be laughable.

How can these people lack such self awareness? How can they fail to recognize their own double standards? And how can they spend their Christmas vacations being such Scrooges?

Ultimately, I guess it’s down to what little faith they have in their leader. After all, if Biden’s supporters can be so brittle in the face of a childish prank, then they must be really scared about his chances of winning the next election.

Given that we’re about to welcome 2022, that’s much sooner than we think.