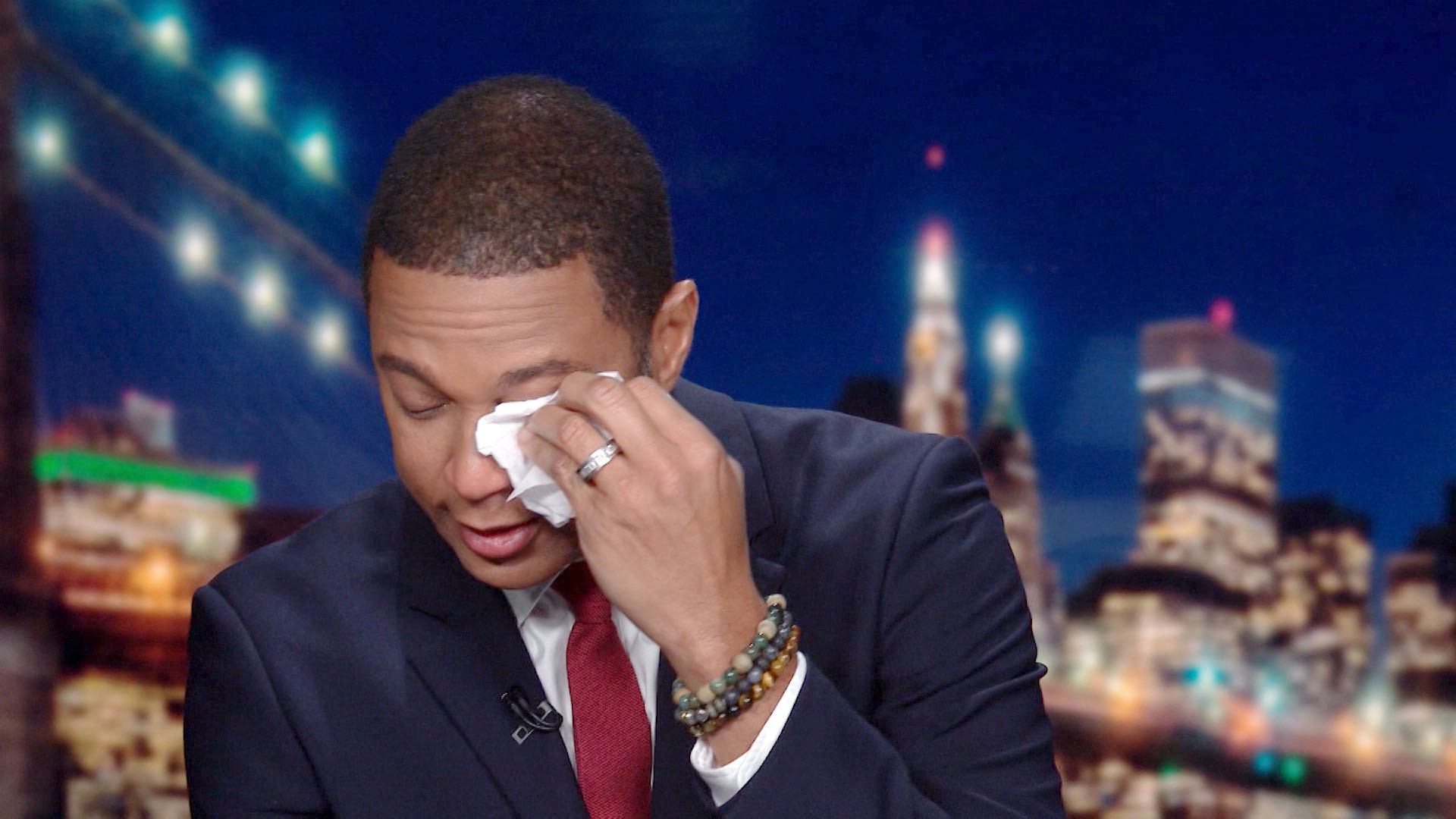 Don Lemon cries upon learning fellow CNN employee Chris Cuomo has Covid-19, a disease with a survival rate over 99% // CNN

It’s the most wonderful time of the year, the season of giving, and CNN is giving Americans giddiness and glee as the ultra partisan fake news network continues to unravel. Amid consistently depressed ratings putting the network last among the three major cable news stations time and again, CNN has just fired one of their most famous pundits and the network is poised to lose another.

Word came Sunday that Chris Cuomo was fired from CNN after new evidence was released about his involvement in the sexual misconduct allegations lodged against his brother, disgraced former New York governor Andrew Cuomo. While many were relieved to hear that the pompous ass got what was coming to him, the decision to fire him left several questions.

First, what about this offense made the network react so swiftly? Cuomo was already caught coaching an interviewee in how to answer questions in order to make then-President Trump look guilty of sexual misconduct. Cuomo was also caught breaking quarantine after testing positive for Covid-19 back at the very height of the pandemic. Both of these are serious and arguably fireable offenses, yet CNN did not admonish him. Why was this latest scandal the proverbial straw that broke the camel’s back? Perhaps the network wanted to appear to the general public to be firmly against smearing and attacking accusers and victims of sexual assault.

In fact, if Cuomo’s allegations in the freshly filed lawsuit against CNN are true, it seems public opinion is a much higher priority at the news network than integrity. Cuomo is alleging CNN knew of his involvement in his brother’s scandal from the beginning but turned a blind eye to it. After years of working with him, did CNN really have the naïveté to expect Cuomo to roll over and play dead?

The second striking aspect of Cuomo’s firing comes in the comparison with Alphonso David’s getting sacked from the Human Rights Campaign.Both men were involved in allegedly trying to smear and discredit the former governor’s accusers, yet there was a drastic disparity in response to their involvement. HRC waited until the internal environment of the organization was toxic, as staffers called for David’s dismissal, to finally pull the trigger. Cuomo, on the other hand, was fired less than a week after his involvement in the scandal came to light publicly. Now, I mean no sympathy to Chris Cuomo, but it’s worth asking the question: Would CNN have dragged its feet, like HRC, if put in the position to fire someone with black privilege for extremely unethical behavior?

Luckily for us, that question will not remain unanswered very long. Don Lemon, the Beavis to Cuomo’s Butthead, has come under fire this week after his name was mentioned during the Jussie Smollett trial. Smollett testified during his hate crime hoax trial that Lemon had texted him that the Chicago police department was shockingly not buying his fabricated plea for attention. While Smollett and Lemon are apparently friends, this is information Lemon was only privy to because of his work at CNN, and sharing that information seems to be highly journalistically unethical.

Perhaps Lemon tipped off Smollett about the police’s disbelief while Smollett was at the bathhouse in flagrante delicto with his Nigerian coconspirator and faux-attacker, and then Lemon proceeded to feign unbiased reporting on the story for the CNN cameras. If that is not a dereliction of journalistic duty, I am not sure what is. All that is left to do is count the days it takes for CNN to fire Lemon. The longer they wait, the more sympathetic Cuomo begins to look.

Night after night, both Lemon and Cuomo have disgraced the CNN screen lying, making excuses for the burning of American cities, and insulting a large swath of conservative Americans. They thought themselves untouchable on their political pundit thrones, but their hubris has finally caught up to them. All I can say is karma is a real bitch.

Hateful liberals never take a day off, not even during the holidays