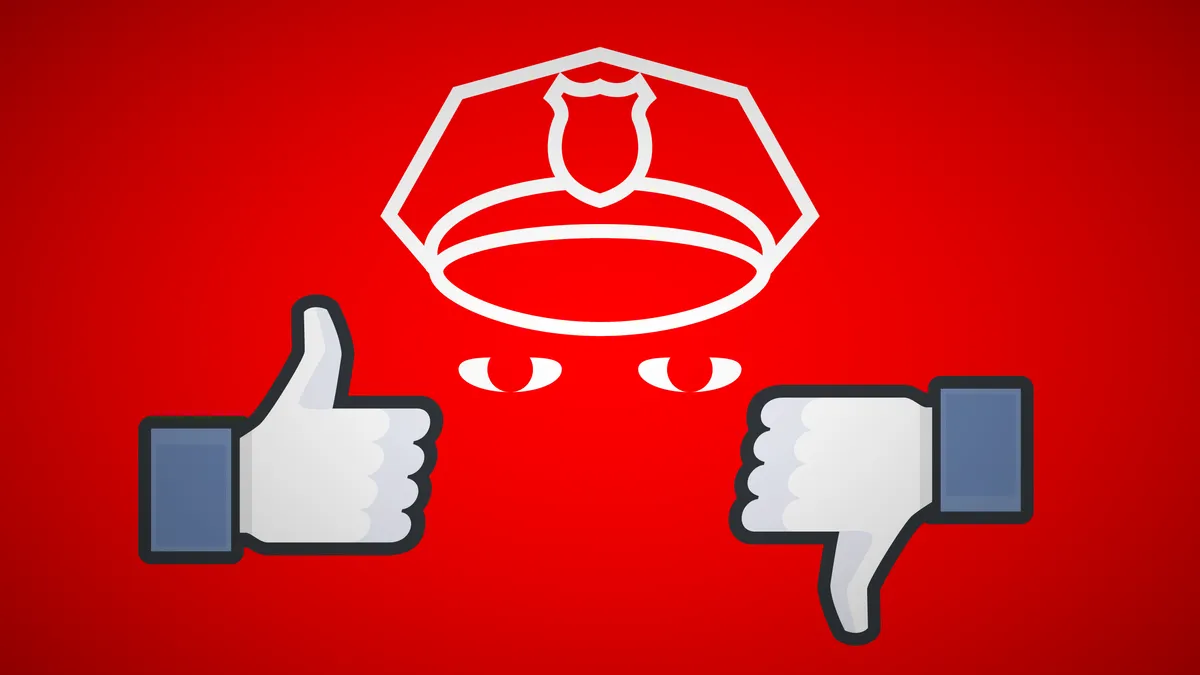 Last week, a meme created by Outspoken was flagged as containing false information according to “independent fact-checkers” on Facebook. The meme in question displayed two pictures: the first was a picture of flamboyantly and scantily clad gay Pride revelers with the caption “Pride Parade in June;” the second was a picture of New York gay men lined up desperately awaiting their monkeypox vaccination with the caption “Pride Parade in July.”

The meme was flagged as false information with the label “False: Pride celebrations led to the outbreak of Monkeypox,” followed by “Independent fact-checkers say this information has no basis in fact.” The fact-checking company hired by Facebook is named Logically UK—more about them and their dystopian methods in a moment. On the company’s website, they explain further their reasoning for labeling the meme as false.

The fact-checker claims, “No outbreaks of monkeypox have been linked to or traced back to Pride events.” The post goes on to say, “The virus is predominantly spreading among gay and bisexual men. Even after experts pointed out that it’s not a gay disease, a Facebook post claimed that gay pride events held across cities worldwide caused the Monkeypox [sic] outbreak, and everyone is hiding the fact. The claim is baseless.”

The company then provides a contradictory rationale for its argument. It first claims, “[World Health Organization] has noted that some women and children have been diagnosed with the monkeypox virus in newly affected countries. WHO notes that many lesbian, trans and other queer people attended Pride events during the month of June, but monkeypox is not spreading in those groups.” This is promptly followed by a litany of information of how the virus spreads including the fact that it is primary spread by men having sex with men, which would explain why lesbians, women, and most trans individuals are not contracting the virus.

They end with their “verdict” saying, “Though it is currently being transmitted primarily in communities where men have sex with men, it can affect anyone regardless of race and sexual orientation. There is no evidence that Pride events triggered the outbreak. Hence, we have marked this claim as false.”

The basis of this false information claim is completely illegitimate. First of all, the meme was not insinuating that Pride events directly caused an outbreak of monkeypox in the United States. The meme was simply accurately and satirically making the point that a large swath of gays gathered in one place for Pride festivities in June, and then again in July, as they—at least the overly promiscuous ones— waited with bated breath for a vaccination that may keep them from having the painful rectal lesions that the media so kindly and superfluously warned them about.

To make sure I wasn’t missing anything, I went directly to the source. David Leatherwood, Outspoken‘s digital director and chief meme queen, created the meme. “How can you fact-check a meme?” he asked, incredulously. “It’s supposed to be a satirical joke not a primary source!”

“Is Facebook fact-checking jokes now? Are we not allowed to find humor in the grand ironies of our woke society without being patrolled by the internet gestapo?” Leatherwood asked.

This further begs the question: How do these fact checkers know, for a fact, that the Pride events did not aid in the propagation of monkeypox? Since the virus and data collection is so novel and recent, it is impossible to prove or disprove an assertion like that. However, there is certainly more data suggesting that Pride events did help spread the virus than there is to the contrary.

As stated, monkeypox is being spread primarily through the gay community during sexual intercourse. Just this week, more evidence has surfaced that the virus is for all intents and purposes an STD. NBC Out reports, “Since the outset of the global monkeypox outbreak in May, public health and infectious disease experts have told the public that the virus is largely transmitting through skin-to-skin contact, in particular during sex between men. Now, however, an expanding cadre of experts has come to believe that sex between men itself — both anal as well as oral intercourse — is likely the main driver of global monkeypox transmission.” Furthermore, Pride is often used as an excuse for gay men to ramp up the promiscuity as people engage in sex parties, orgies, vehicular and/or public sex, and basically anything else they can wet-dream of. Many of the media accounts from men who contracted the virus openly admit to this fact. One pox-infected man who spoke with The Guardian said, “When New York Pride festivities kicked off on 24 June, I was aware that monkeypox was an emerging issue… I had sex with several guys over the weekend. Then a week later, on 1 July, I started feeling very fatigued.”

Pride is often seen as the catalyst for surges in cases of other STDs as well. While the CDC does not have monthly STD rates for the country as a whole publicly available, the city of San Francisco does. According to the New York Times, San Francisco has the largest gay population in the country at 6.2%. Several years (2011, 2015, 2019) of data indicate an uptick in the number of cases of chlamydia, gonorrhea, and syphilis around the month of July and into the fall.

If the spread of monkeypox is very similar to the spread of an STD, and if other STD cases spike right after the sexual Pride month activities, then it seems safe to hypothesize that monkeypox may have been spread more quickly and rampantly in direct cause of the festivities.

But who is this “independent fact-checker”, Logically UK? The company was founded in 2017 by CEO Lyric Jain and currently works out of the United Kingdom, the U.S., and India. According to the company’s website, “Since our founding in 2017, Logically has been working with governments and organizations around the globe to proactively limit the harms associated with mis- and disinformation.” They use artificial intelligence to track and locate “mis- and disinformation,” and then a few data analysts evaluate if the AI performed its job correctly.

According to an investment tracking website, Dealroom, at its inception, Logically UK took in money from a few venture capital companies to the tune of about 15 million British pounds over several years.

Then suddenly Amazon seemed to show interest and in March of this year, the company raked in another $24 million.

While it is not clear what exactly the company does in service to the governments and organizations it works with, the website Mashable detailed new services the company has been using, most definitely in these government partnerships. In a new service from the company called The Situation Room, “users can track multiple online themes or narratives, such as specific keywords or types of conversations surrounding a conspiracy theory… For example, a user looking to track COVID-19 misinformation can set up a situation room around that narrative and Logically Intelligence will track down online conversations about those coronavirus conspiracy theories and disinformation campaigns from across the entire web.” The technology can pull posts from Facebook, Twitter, YouTube, and Reddit as well as the newer free speech platforms like Parler, Gab, and Telegram.

The AI technology pulls the information from a post and can retain it even if the original post is deleted. “Users can see what accounts are posting certain hashtags or articles and how they’re being spread across the internet,” according to Mashable. The client using the technology can directly report a post for “disinformation” or “extremist behavior” to the social media site right from the Logically platform.

The company admits that this new technology is being used by governments around the world. Mashable also reports, “While Logically didn’t divulge exactly who is using the platform, the company did say that Logically Intelligence was utilized in a U.S. battleground state during the 2020 election to identity 40,000 threats to election integrity. (Logically says the platform has uncovered more than 3.4 million pieces of “high threat” content over the past 12 months.)”

From all of this information, it seems that Logically is simply moonlighting as a fact-checking company. Their bread-and-butter is obviously in these newer governmental partnerships that track the online postings and activity of private citizens. This AI powered machine is essentially being used to quash free speech and label it as “disinformation” and/or “extremist.” And if the government is paying for use of this technology, then in reality, taxpayers are funding their own monitoring and the demise of their own freedom of speech. Technology such as this in the hands of world governments is dangerous and Orwellian, where fiction becomes fact and public health narratives become reality.