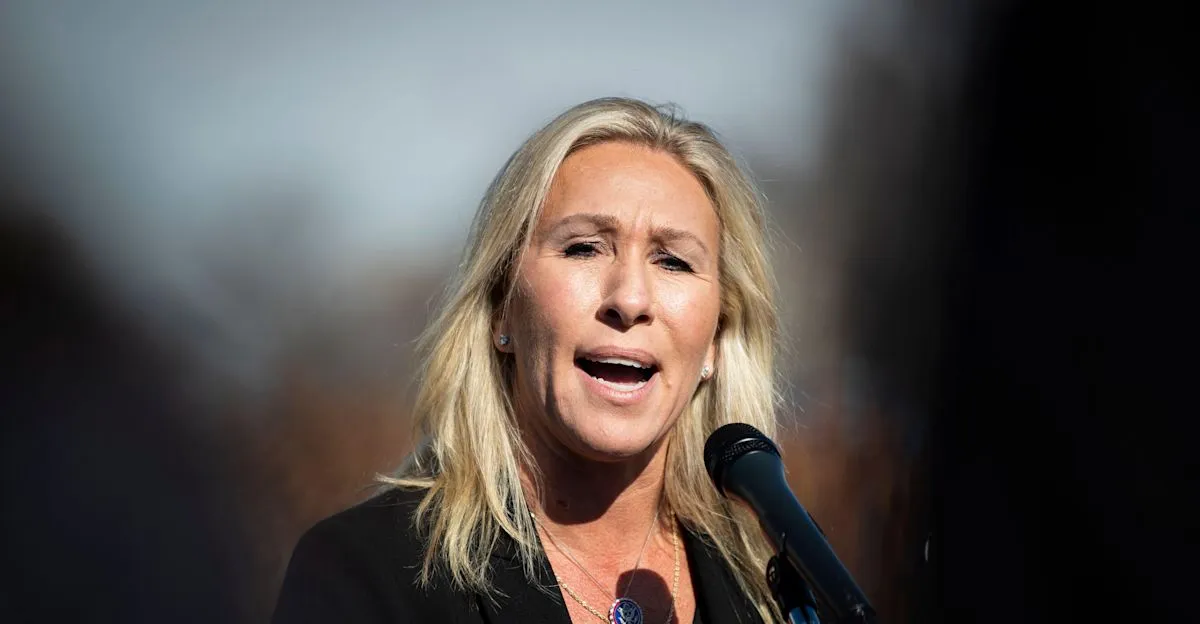 Sadly, Greene’s ban is only the latest addition to the laundry list of Americans who have been “cancelled” from social media platforms for dissenting from Big Tech’s state-aligned groupthink. Needless to say, silencing elected officials and especially in an election year is, in effect, election meddling on behalf of these social media companies. Considering the Democrats’ unholy alliance between Big Tech, big media, and the sitting President, the silencing of political opposition constitutes a modern day fascism that, since President Trump’s ban from social media a year ago, continues unchecked.

What’s more, this signals that congressional candidates gearing up across the country ahead of the 2022 midterms should take concern seriously about the censorship of candidates and representatives calling BS on the state media establishment’s regime-approved messaging.

While major social media platforms may think they’re fooling someone when they suggest the censorship of a user on a supposedly public platform is being done for the greater good, Americans know better. Censorship from the leading platforms has become so commonplace–and exclusively inflicted in a way that appeases the Democrats, the party that currently controls the White House and Congress–the agenda has become crystal clear.

Twitter allows Chinese Communist Party mouthpieces to sell their snake oil uninhibitedly and even openly taking sides with the Taliban in their suspension of Indian journalist Aarti Tikoo Singh. At this point, it is hard to dispute that these tech giants are operating in bad faith. Most of us are old enough to remember Twitter silencing the earliest journalists to report that Covid-19 may have leaked from a lab in the pandemic’s early days, and watched the silencing of dissent become commonplace as U.S. and citizens around the world asked tough questions about the pandemic’s origins and the egregious extent it has somehow made the richest people in the world even richer.

Within the same week as Greene’s ban, Dr. Robert Malone–the inventor of the mRNA technology used in Covid-19 vaccines–was himself permanently suspended from Twitter. Malone challenged the dogmas of Big Tech and big media which only support opinions justifying efforts to give governments permanent emergency powers, the likes of which modern civilization has never seen.

On the bright side, the Streisand effect endures. This, the phenomenon that occurs when an attempt to hide, remove, or censor information has the unintended consequence of increasing awareness of that information, has become a common theme as major media silences dissent on behalf of nefarious globalist interests.

The ban of one of the most prominent vaccine scientists after he shared a video expressing concerns over the Pfizer shot set off an earthquake online. Malone’s subsequent interview with podcast megastar Joe Rogan broke the Internet and has brought upwards of 50 million views to the very content that got Malone’s account suspended in the first place. This context, combined with the content of itself, has made the Rogan-Malone interview one of the most influential media events in recent memory.

The Streisand effect should serve Greene, too. Incidentally, the wind is at her back here. In a major reversal since her ban, the CDC has conceded that the vast majority of Covid deaths have been “with Covid” not “from Covid.” This admission, along with the truth that that Covid-19 jabs on the market do not prevent Covid transmission, has finally been acknowledged by the same mainstream media that railroaded Americans alongside Big Tech to justify all the regime’s 2020 power grabs.

Narratives imposed on our country via Mass Formation Psychosis have long sought to codify existing narratives from Covid to the Jan. 6 riots and beyond, but the narratives are finally collapsing. Recent Senate hearings in which representatives of the CDC and FBI failed to provide any honesty or transparency regarding these serious crises do not bode well for these institutions as they confront their costly failures and crumbling reputations.

Now it’s 2022, and the Democrats are facing the reality of their rock-bottom poll numbers. Big Tech is certainly getting its earliest orders going into the midterm elections this year, silencing the Covid authoritarians’ opposition by cancelling Greene, Malone, and countless frontline healthcare workers, educators, and parents who have been crying foul since the government’s response to the pandemic began. To be sure, it was not Covid the disease that caused the destruction and decay our society has seen in recent years. It was government responses to Covid that did this.

It goes without saying the Powers That Be deplatformed Greene not only because she was challenging the Covid narrative. Greene is a true America First patriot fighting for us and against regime tyranny, from defying mask mandates to bringing attention to VAERS data that Big Tech would prefer Americans not see. She is also one of few fighting to expose the disgraceful treatment of the Jan. 6 political prisoners being subjected to the deepest circle of D.C. swamp Hell.

It’s not the misinformation that these platforms are concerned with, it’s Greene’s ability to connect with Americans and expose the dark underbelly of our burgeoning biomedical security state. The same idea President Trump shared applies here: “It’s not me they’re after, it’s you.” Trump and Greene are standing in the way.

Fortunately, the tide is turning, and midterms are an opportunity for Americans to course-correct locally and in Congress to recover everything that was taken from us by the Covid authoritarians and Biden’s dubious regime. While those of us who have been cancelled may never recover our legacy social media accounts back, there are new places to land that are on the up-and-up. No means is too fascist for Big Tech as they advance their Communist China-inspired policies to erode and disrupt our democracy, but no one is fooled anymore. Whether it’s Facebook, Twitter, Instagram, or YouTube, we have seen enough “fact checks” and “misinformation flags” on perfectly good information to know these mechanisms are deliberate efforts to manage and control political speech on public platforms, to the benefit of these companies and their shadowy state backers.

Until America’s congressional representatives take meaningful action on Section 230 reform, the vacuum for truthful reporting created by these politicized media platforms has welcomed the rise of Rumble, Gettr and other free speech platforms will continue snowballing. Whether Big Tech collapses under the weight of its own corruption or changes its tune as to not be out-competed by emerging anti-media-media is yet to be seen. Most Americans will be rooting for Greene, Malone, Rogan and anyone else daring enough to confront tyranny with the truth no matter the cost, and casting their ballots accordingly this November.