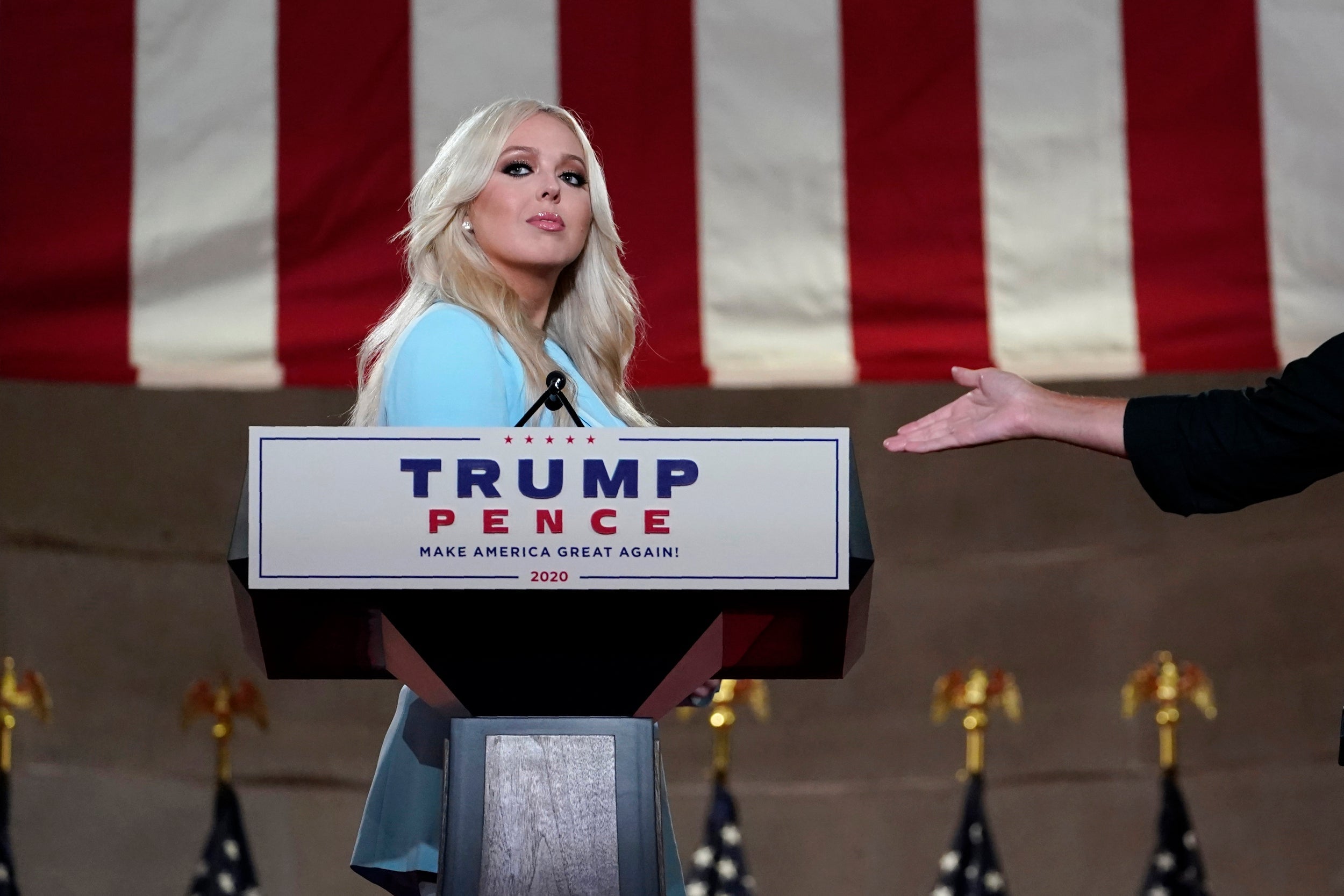 Tiffany Trump at the 2020 Republican National Convention // The Independent

Fourth child of President Trump, Tiffany, became the latest target of big tech censorship Friday when users found Facebook had blocked Tiffany’s tweets from being shared to their Facebook news feeds, as well as to Facebook Messenger. When Facebook users attempted to post a tweet from Tiffany Trump an error message appeared, reading: “This URL goes against our Community Standards on spam”

This isn’t the first time a member of the First Family became the target of censorship from social media giants. In the build up to next month’s election Twitter has engaged in an information war with President Trump, with the company labeling his tweets as “misleading” on more than one occasion.

The president’s son, Donald Trump, Jr., was suspended from Twitter in July over a post about the efficacy of hydroxychloroquine in treating COVID-19.

“Straight blocking of URLs was wrong, and we updated our policy and enforcement to fix,” Twitter CEO Jack Dorsey said. Republicans on the Senate Judiciary Committee have subpoenaed Dorsey to testify on Tuesday about his platform blocking the story. Facebook CEO Mark Zuckerberg was also invited to appear.

After the Post reached out to Facebook for a comment on Tiffany Trump’s censorship, the restriction was lifted only a few hours after it started. Facebook claims there was an “error” by their “automated system” and incorrectly marked Tiffany’s tweets as “spam,” according to the Post.

The censorship came one day ahead of Tiffany co-hosting a Trump Pride event in Tampa, Fla. alongside Richard Grenell, the former Acting Director of National Intelligence and first openly gay member of a presidential cabinet. Trump Pride is the Trump campaign’s official LGBT outreach coalition.

Tiffany has been vocal about her disagreements with big tech censorship. She has been in the public eye more recently advocating on behalf of her father’s re-election at prominent events such as the Republican National Convention in August, where she gave a speech warning about big tech bias.