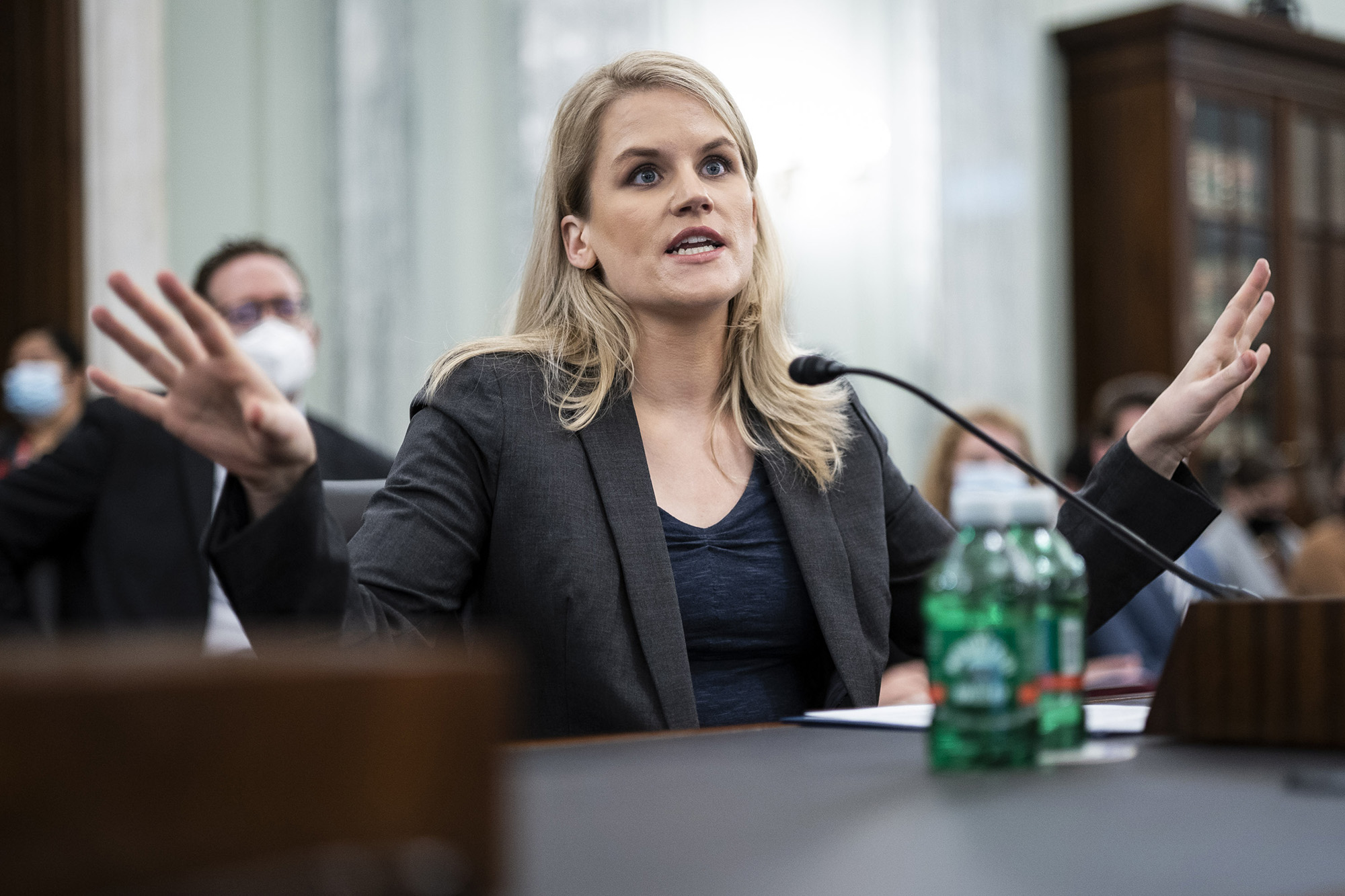 As part of the Facebook civic integrity team, a Facebook whistleblower who testified before the Senate on Tuesday played a huge roll in silencing and censoring the shocking scandal involving Hunter Biden’s laptop just ahead of the 2020 election.

Frances Haugen revealed her identity as the whistleblower this past weekend when she sat down for an interview with 60 Minutes. Facebook and Haugen labeled the original New York Post story as “misinformation” and refused to let it be shared, according to the Post Millenial.

At the time, Haugen worked as a product manager on the civic misinformation team at Facebook and recently came forward with concerns that Facebook is prioritizing profit over public safety. Yet the whistleblower is raising eyebrows as she appears to call for more censorship of Facebook users and appears to have ties with powerful Democrat operatives.

Her testimony Tuesday before the Senate Subcommittee on Consumer Protection, Product Safety, and Data Security focused mostly on the bipartisan issue of Facebook and Instagram targeting and causing psychological harm to adolescent users.

Haugen and her lawyers publicly released findings from a Facebook-internal investigation that showed the social media site’s algorithms were aiding in the propagation of eating disorders and other mental health issues in adolescents. Despite having this knowledge, Haugen contends that Facebook is turning a blind-eye to the issue in favor of profits. “They shouldn’t be allowed to keep secrets when people’s lives are on the line,” Haugen said. “To be clear, if they make $40 billion a year, they have the resources to solve these problems. They’re choosing not to solve them.”

Haugen likened Facebook’s disregard for the harm they are helping to cause to the tobacco industry, a comparison echoed by many of the senators on Tuesday. For years the tobacco industry had knowledge that smoking caused lung cancer in around 10% of smokers, yet they put profit over people by not admitting it until forced to through government intervention. During the hearing, Haugen directly called for congressional intervention with Facebook as the research has shown that up to 20% of adolescent users are negatively affected by the sites’ algorithms.

While addressing adolescent mental health concerns was supported by all senators present at the hearing, there was another issue that Haugen raised that does not garner such bipartisan support.

Haugen expressed concerns about national security and “counterterrorism,” and she has called for more censorship on the platform. Referencing the multiple hours that Facebook’s servers were down on Monday, Haugen commented that was at least a brief time that America’s democracy was not in danger. “I don’t know why it went down. I know that for more than five hours Facebook wasn’t used to deepen divides, destabilize democracies, and make young girls and women feel bad about their bodies.”

Haugen has admitted that Facebook changed its rules on free speech during the run up to the 2020 election, but then the company reverted back to the old rules afterward. She has insinuated that she believes Facebook’s lack of censorship directly caused the breach at the U.S. Capitol on Jan. 6, 2021. She said that Facebook changed the safety defaults in the run up to the election “because they knew they were dangerous and then returned them to their original defaults. They had to break the glass on Jan. 6 and turn them back on, and I think that’s deeply problematic.”

Her solution is to have Congress intervene and force Facebook to engage in some level of censorship akin to the silencing of information like the tech behemoth did before the 2020 election. “So I think oversight and regulatory oversight and finding solutions with Congress is going to be key because these systems are going to continue to exist and be dangerous even if broken up,” she has said.

Since her testimony, several outlets are reporting Haugen has close ties with powerful Democrat players. The Daily Wire reports Haugen is working with the same lawyers who represented the whistleblower from the Ukrainian phone call that led to President Trump’s first impeachment. Jack Posobiec, senior editor of Human Events, corroborated the Daily Wire’s claim and further reported that Haugen is also represented by the public relations firm that works closely with White House press secretary Jen Psaki.

“When you are represented by Jen Psaki’s PR firm and Eric Ciaramella’s legal team you are definitely a whistleblower and not a political influence agent,” Posobiec sarcastically tweeted.

Other whistleblowers concerned with the inner workings of Facebook have come forward previously, yet they were never given much media coverage or a special Senate subcommittee hearing. Some have raised the possibility that Haugen’s political stance and calls for further censorship have resulted in her positive media coverage.

“Some Big Tech whistleblowers, it seems, are more equal than others. Why has the Commerce Committee never invited Ryan Hartwig, Cassandra Spencer, or Zach McElroy, all Facebook contractors and employees, who revealed detailed information about Facebook’s biased content moderation practices to the public? Where were the hearings for Google whistleblowers like Kevin Cernekee, Mike Wacker, and Zach Vorhies?” journalist Allum Bokhari asked.

Before the closing of the hearing, Senator Richard Blumenthal (D-CN) raised the possibility of holding a second hearing with Haugen on the censorship issue in the near future.