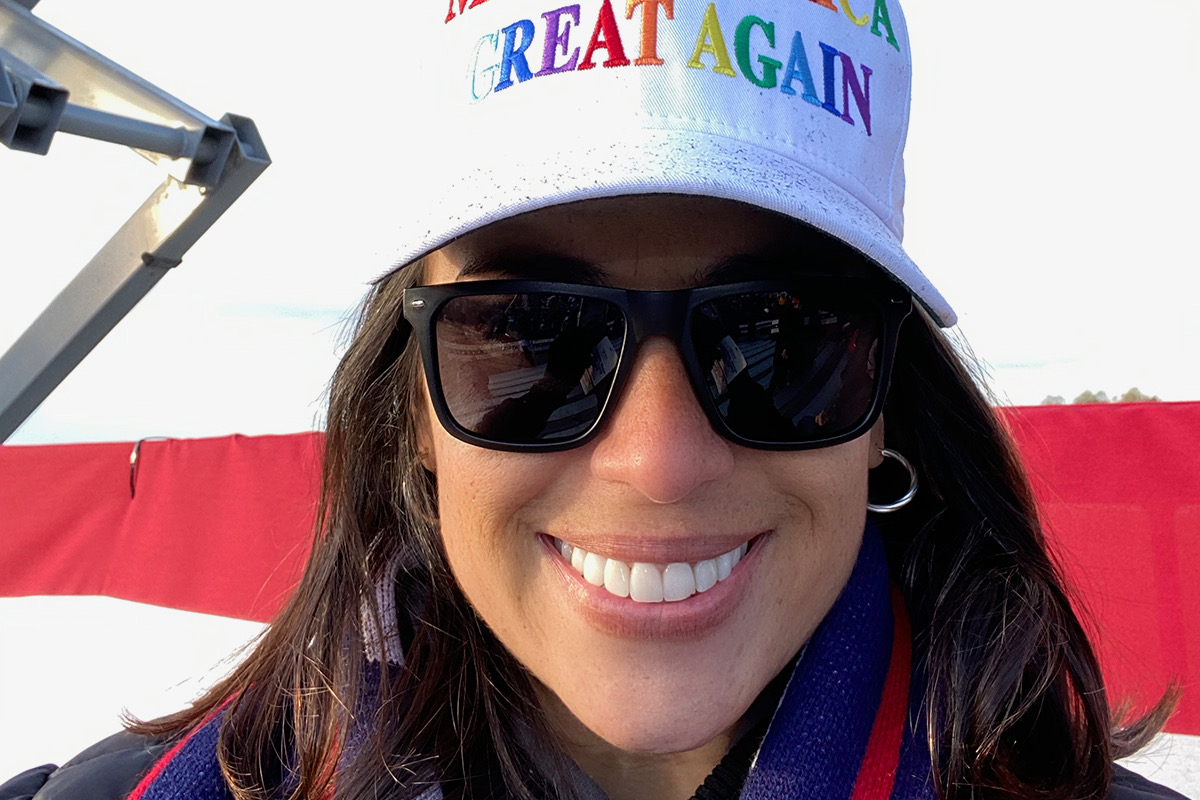 Online publisher Instagram rang out Pride month by banning yet another of the platform’s most popular and influential LGBT voices. TheGayWhoStrayed, whose account had amassed 241,000 followers and was a beloved memester among conservatives, was banned from the platform Wednesday without explanation.

Earlier this month, Outspoken covered Instagram’s ban of Brokeback Patriot–a gay man and another wildly popular account–who was given no specific reason for being removed from the leftwing online speech zone, but was informed that the account had randomly been disabled.

On Wednesday, Instagram set its target on the self-proclaimed “rightwing lesbian,” TheGayWhoStrayed. Similar to Brokeback Patriot, she was simply notified that the account had been disabled and not that any specific rules had been violated.

“I was banned today on the last day of pride month. How ironic,” she told Outspoken, saying her posts were not false or hateful. “I have had many posts taken down over the past few months by Instagram. None of them were explicitly offensive in any way, nor were they false. They were just critical of the left’s narratives and heroes,” she said.

She shared with Outspoken several messages Instagram sent regarding posts the Mark Zuckerberg-owned publisher removed. One of the posts flagged and removed for reportedly displaying “hate speech or symbols” was a collage of tweets put together by Outspoken in which liberals condemned NFL player Carl Nassib for being a gay Republican. Another post Instagram deleted was a video of Vice President Kamala Harris being interviewed by Lester Holt with the caption, “Kamala gets destroyed about the border by Lester Holt.” Instagram claimed the post was removed for “bullying or harassment.”

For the speech police at Instagram it seems the tipping point was commentary on the political left’s hero worship of George Floyd, a convicted felon who died while in Minneapolis police custody last year. The post read, “The left: It’s so creepy how the conservatives worship Trump. He’s not a god,” which was followed by an assortment of photos of George Floyd statues and murals. Instagram also flagged this post for “hate speech.”

Instagram flagged and removed these posts under the guise that they do not follow the community guidelines. The company’s webpage that spells out the community guidelines states, “Respect other members of the Instagram community. We want to foster a positive, diverse community. We remove content that contains credible threats or hate speech, content that targets private individuals to degrade or shame them, personal information meant to blackmail or harass someone, and repeated unwanted messages.” It remains unclear how TheGayWhoStrayed’s posts violated these guidelines.

Instagram provides a caveat in its guidelines that did not seem to apply in this case. “We do generally allow stronger conversation around people who are featured in the news or have a large public audience due to their profession or chosen activities,” the company states. This guideline would appear to protect speech about both Vice President Harris and Floyd unless, it seems, that speech is critical.

As a lesbian being silenced by a “woke” tech behemoth, the hypocrisy wasn’t lost on TheGayWhoStrayed. “I think that it is proof that the left truly doesn’t care about these groups of people they claim are ‘oppressed’ and who they pretend to be ‘woke’ for. They only care that you fall in line and don’t veer off the Stalin-esque approved talking points,” she told Outspoken.

She plans to appeal the ban, but she is not optimistic about getting her account back. Fortunately, seeing the writing on the wall for popular conservatives on Zuckerberg-owned properties, she started a backup account some time ago. For the time being, she can be found on Instagram using the handle @gaywhostrayed.