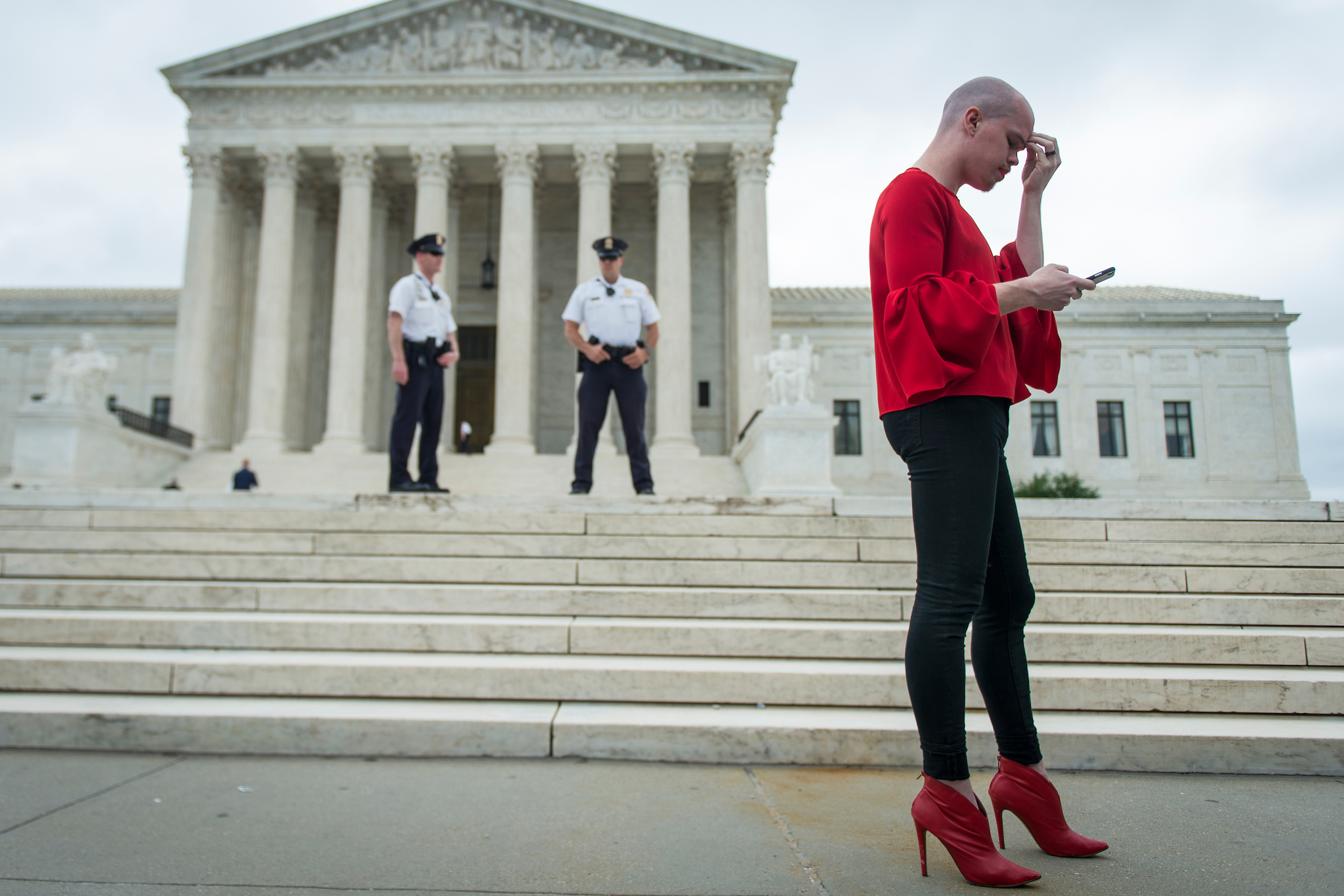 Dept. of Energy official Sam Brinton stands outside the U.S. Supreme Court in 2018 // The Daily Mail

President Biden seems to have found the mark he wishes to leave on the office of POTUS. While he may not be able to brag that he’s the first president to serve with dementia, he can, however, claim that his administration boasts the highest number of under-qualified, feckless, diversity hires—Kamala “Heels Up” Harris probably comes to mind first.

But there are many others, particularly in the LGBT community. The two highest profile examples are Sam Brinton, the non-binary senior Department of Energy official, and Rachel Levine, the transgender U.S. Assistant Secretary for Health. As people hired primarily based on their gender identity, then presumably, Biden, or whoever is actually running the shit-show of an administration, chose these two individuals as bastions of integrity and honor for the community, role models for the rest of us to put on a pedestal. But are they worth the cricks in our necks as we look up to them?

Sam Brinton may have some modicum of intelligence as he graduated from M.I.T., but according to a whistleblower from the Department of Energy back in July, he was almost assuredly hired due to his gender identity as other more qualified applicants were overlooked. “There is concern that making personnel selection decisions for career positions based on political considerations and gender-fluid identity as means of exerting political influence over the workforce, and at the expense of other better qualified candidates, is not the intent of the U.S. civil service laws or the U.S. constitution,” the whistleblower wrote in a letter.

Brinton has been charged with stealing a woman’s luggage from the Minneapolis-St. Paul airport. The luggage and contents were valued at over $2,300. Considering the average salary of an employee at the D.O.E. is about $118,000 per year, one might wonder why he would have to resort to stealing.

Brinton was caught pilfering the luggage on security cameras and subsequently using the suitcase twice more on other trips. Furthermore, his story of “accidentally” taking the luggage had holes in it bigger than the ones seen in his kink conference demonstrations. If convicted for the crime, he could serve up to five years in prison plus a possible $10,000 fine.

Dr. Rachel Levine, Brinton’s more masculine colleague, served as the Pennsylvania Health Secretary before filling the T quota for the Biden administration. While being permed within an inch of her life, Levine held a key position as a decision maker during the Covid-19 pandemic. In that role she implemented a policy directing nursing homes and certain care facilities for the elderly to take in Covid patients, which led to an increase in infections and deaths across the state. Of course, this policy was put into place just after she removed her own mother from a private care facility, a fact that suggests she knew what she was doing was dangerous.

In today’s America, average cisgender gays and lesbians are considered privileged. Putting one of us in a position of authority no longer wins a politician woke points on the leftist scorecard. Thus Biden had to choose people from the mentally ill sect of the alphabet mob as his diversity hires. A murderously negligent trans woman with an Adam’s apple the size of a baseball and a they/them kleptomaniac in charge of nuclear waste were the only logical choices. These are the people Biden wants the world to see as role models from the LGBT community. That fact alone should tell you what he really thinks of us.