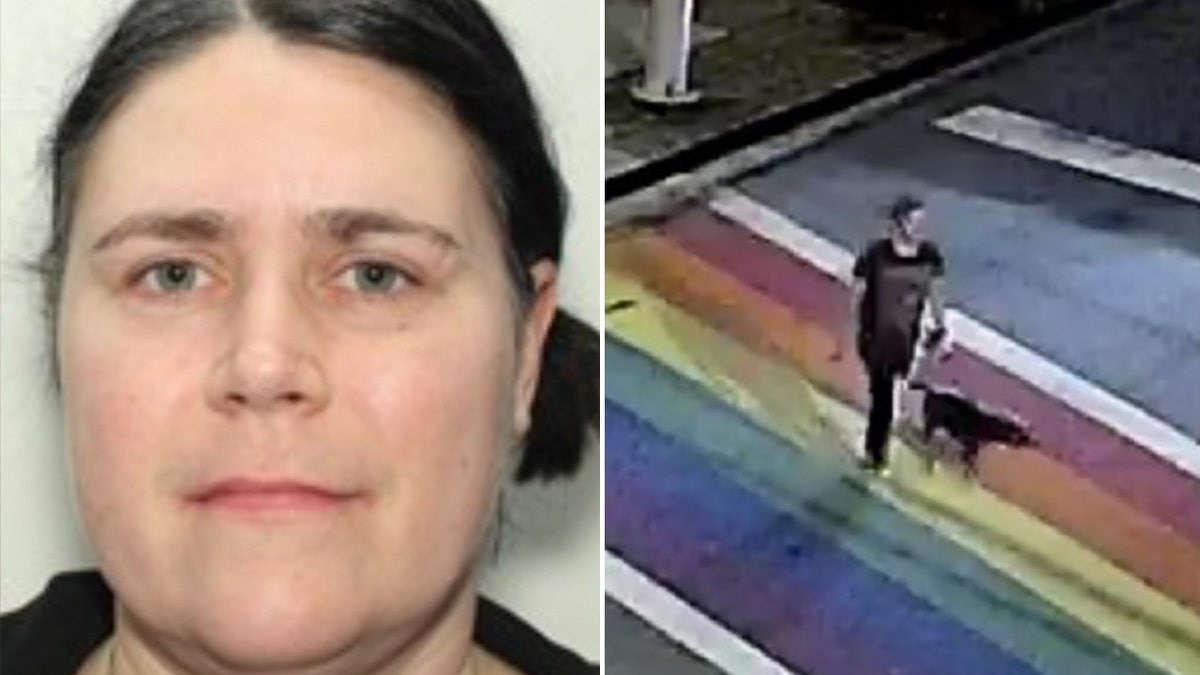 A murder authorities have called particularly “gruesome” has locals worried a serial killer may be on the loose in Atlanta.

According to the Atlanta Journal-Constitution, 40-year-old Katherine Janness was out with her dog in Piedmont Park in Midtown Atlanta on the evening of July 27 when authorities say she was stabbed multiple times just before midnight. According to some sources, Janness’s body was dismembered and scattered throughout an area of the park. Due to the extremely graphic nature of the murder, local media have refused to publish many details.

Janness’s partner, Emma Clark, was able to ping her phone and found her remains early the next morning. Janness’ dog Bowie was also found dead though his cause of death has not been released.

Authorities claim Janness and Clark went out to dinner Tuesday night, and then Janness decided to take the dog for a walk. When she never came home, Clark knew something had to be wrong. Surveillance footage from around the area showed the last known picture of Janness as she and her dog passed over a rainbow crosswalk just outside the park. According to local sources, cameras installed inside the park were not functioning at the time of the murder.

By Wednesday afternoon, a small memorial area in the park had popped up where people placed flowers and dog treats. Janness was a bartender at the popular Campagnolo restaurant nearby and was scheduled to work Wednesday evening.

“She was the most intelligent, kind, humble, and beautiful person I’ve ever known. I wanted to spend every second with her,” Clark wrote on Facebook, according to LGBTQ Nation. “Today I lost the love of my life and my baby boy. It was tragic.”

According to 11 Alive, Joe Clark, the father of Janness’ partner, revealed “the dog died protecting Katie” and there was possible DNA evidence of the killer left on the dog. Clark claimed APD detectives shared this information with him personally. “So there is evidence out there that we hope is going to get this person captured,” he said.

The Atlanta Police Department has offered a $10,000 reward for information on the murder and also pledged increased police presence at the park. “We want the public to know that the park is safe,“ Atlanta Police public affairs director Chata Spikes said.

According to police records, the last murder in Piedmont Park was in May 2009. 43-year-old Patrick Boland was found stabbed to death around 1:30 a.m. on May 28, 2009. His killer was never caught.

Police have not released many other details about the crime and the case, such as potential suspects or motives, so as not to interfere with the ongoing investigation. The FBI confirmed on Thursday it was joining the investigation. Neither the APD nor FBI explained why the federal agency was involved in a local murder case, sparking fears that a serial killer may be operating in the area.

Violent crimes, particularly murder, have increased dramatically this year in Georgia’s capital city. According to the Atlanta Police Department murders are up almost 50% when compared year-to-date with 2019. Overall crime has increased by over 25% in just the last month alone in Atlanta.

Georgia governor Brian Kemp announced last week he is seeking to use $2 million of the state’s emergency funds to help curb the rising crime and violence, particularly in Atlanta. He is using the money to fund a “crime suppression unit.” The state’s $11 million emergency fund is typically used for unexpected expenses, which in the past have included storm cleanup and relief.

The unit was already being formed as of April when Kemp took $5 million of the emergency fund of the previous fiscal year, which ended in late June. The unit is comprised of state and local officers and was created by the Department of Public Safety.

Last year, Atlanta mayor Keisha Lance Bottoms was wrapped up in the “defund the police” movement. “I think that a very simplified message is ‘defund the police,’ but I think the overarching thing is that people want to see a reallocation of resources into community development and alternatives to just criminalizing behavior,” she said in 2020, adding that Atlanta was “ahead of the curve” on defunding of the police at that time.

Bottoms, who is not seeking re-election seems to have flipped on the issue. The skyrocketing crime in the city since the defunding efforts has prompted a new response. Bottoms recently announced an investment of $70 million through the creation of an office dedicated to violence reduction, the hiring of 250 new police officers, expansion of the city’s camera system, and the addition of 10,000 new streetlights.