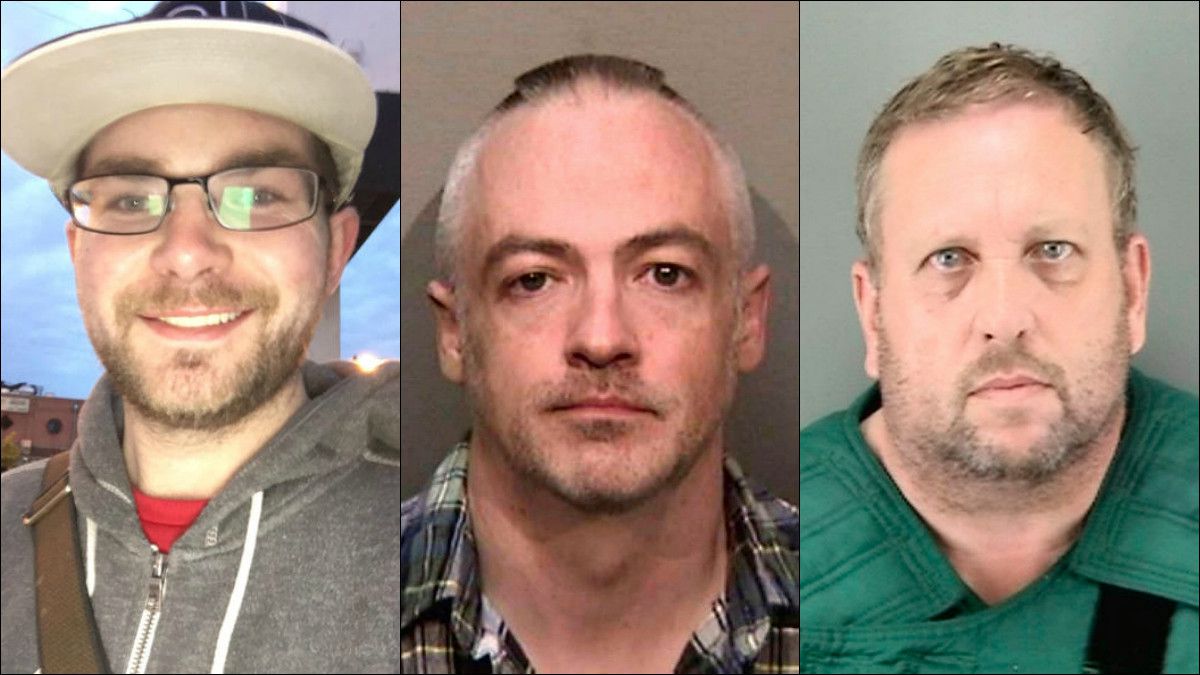 The trial of a former Northwestern University professor who is accused of murdering his boyfriend as part of a dark and twisted sexual fantasy is scheduled to begin next week.

Wyndham Lathem, a microbiology professor at Northwestern University in Chicago, is accused of stabbing his boyfriend in 2017 over 70 times and leaving him nearly decapitated. The murder was plotted as part of an online affair with Oxford University financial officer Andrew Warren. The two men allegedly conspired to kill several people before then killing each other as part of a morbid sexual fantasy.

According to prosecutors, Lathem paid for an airline ticket for Warren to travel from London to Chicago. A few days later, Lathem waited for his boyfriend, 26-year-old cosmetologist Trenton Cornell-Duranleau, to fall asleep before texting Warren that “it was time to kill.”

Lathem gave a cellphone to Warren and asked him to record the murder. Using a drywall knife with a six inch blade, Lathem proceeded to stab Cornell-Duranleau multiple times in the neck and chest, according to prosecutors. Cornell-Duranleau reportedly fought back, but Warren struck him in the head with a metal lamp after Lathem called for his help. Warren then grabbed two kitchen knives and also began stabbing the victim, authorities say.

Lathem’s stabs reportedly were so forceful that the blade of one of the knives broke. The two men left the mangled and beaten body to bleed out as they showered and cleaned themselves up. Cornell-Duranleau’s last words were reportedly, “Wyndham, what are you doing?” Police say they found him in a pool of blood clothed only in his underwear. The Cook County Medical Examiner found 26 stab wounds on the victim’s back along with injuries that were clearly from self-defense, but that was just a fraction of the trauma he had suffered. Cornell-Duranleau had been stabbed a total of 70 times leaving him almost decapitated.

The two co-conspirators had also allegedly planned to kill another person who was scheduled to visit Lathem the next day; however, they decided instead to rent a car and flee to Lake Geneva, Wisconsin. Before leaving Chicago, the two men made an anonymous cash donation in Cornell-Duranleau’s name to the Howard Brown Health Center, a men’s health center in Chicago.

Upon arriving in Wisconsin, Lathem called his apartment building from a local library. He was then informed that a body was found in his apartment. Lathem and Warren then fled to California where they surrendered after an eight day nationwide manhunt. After they were arrested, a judge ordered that both men be held in jail without bail after their extradition from California.

Warren pled guilty to the murder and is set to serve a 45-year sentence. He has also admitted to his involvement in the whole ordeal and has agreed to testify against Lathem in the upcoming trial. Lathem’s attorney, Barry Sheppard, has asked that the public “patiently allow the legal system to work and not to engage in any rush to judgment based on conjecture and speculation.” He further said the professor of microbiology has “led a lifetime of outstanding, unblemished citizenship.”

Lathem has been given a special clearance and recognition by the Center for Disease Control as a microbiologist. Over the past year and a half, he has used this distinction as an argument to get out of jail twice in order to help with the research on the coronavirus that has caused the Covid-19 pandemic. His two tries at freedom were rejected by a judge after the prosecutors objected.

Jury selection and opening statements are scheduled to begin next Monday, and the trial is expected to last two weeks.