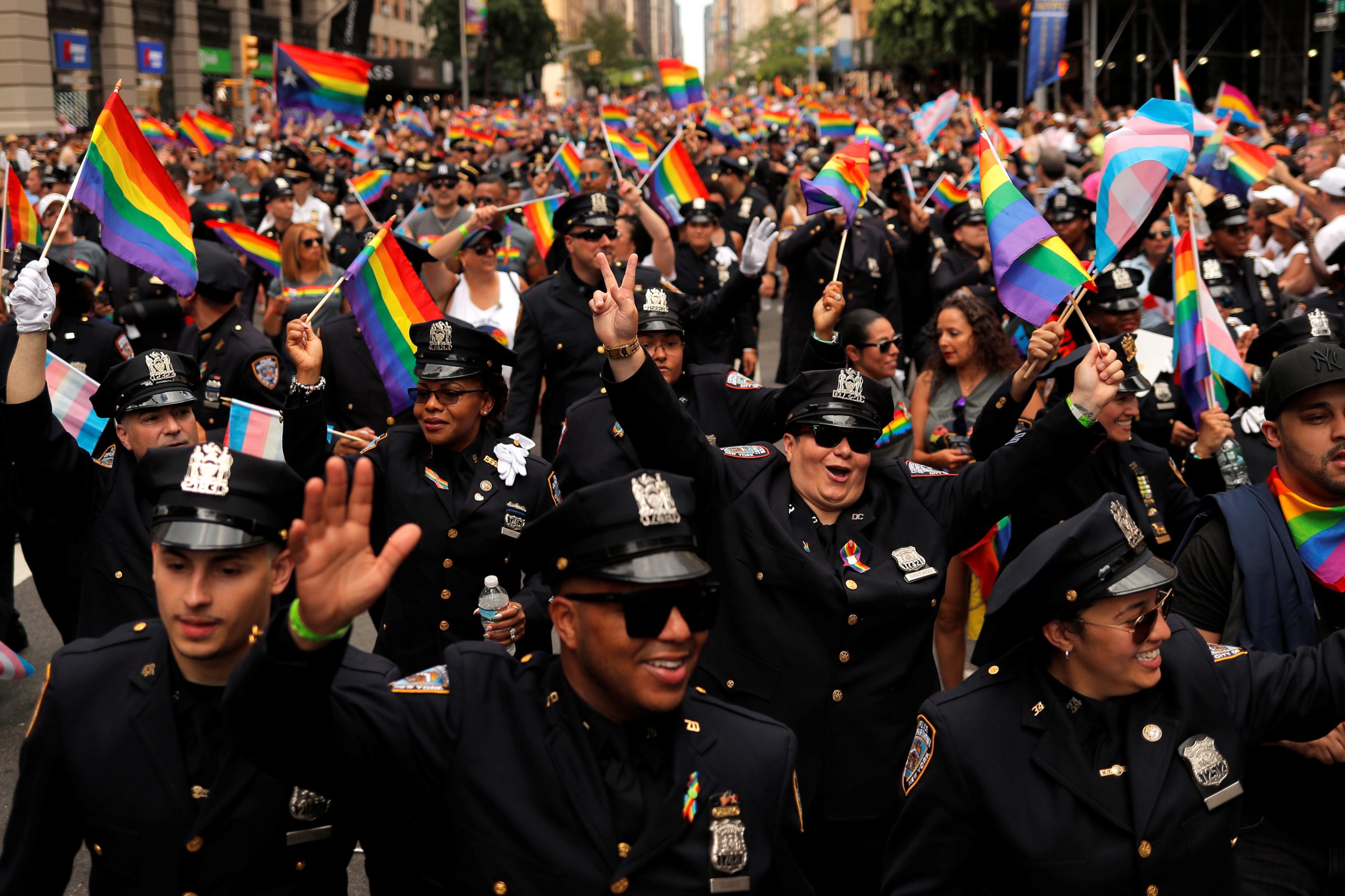 Organizers of the New York City gay Pride festivities decided to ban police officers from participating as an organized group until at least the year 2025.

Heritage of Pride, the group responsible for organizing Pride, instead will seek private companies to monitor safety and security during the events. The organization has requested the New York Police Department remain at least a block away from all Pride festivities. This also means LGBT cops aren’t welcome to march in the city’s storied Pride parade.

According to the New York Times, “The decision, which organizers announced on Saturday, follows years of pressure from some L.G.B.T.Q. activists, who have maintained that law enforcement was out of place at a march with roots in the 1969 anti-police riot outside the Stonewall Inn in Manhattan.” Those activists, from the Anti-Violence Project, claim to envision “a world in which all lesbian, gay, bisexual, transgender, queer, and HIV-affected people are safe, respected, and live free from violence.”

That vision seems not to include LGBT police officers in the NYPD. In a statement, the Gay Officers Action League (GOAL) expressed dismay at the decision. “The Gay Officers Action League is disheartened by the decision to ban our group from participating in New York City Pride. Heritage of Pride (NYC Pride) has long been a valued partner of our organization and its abrupt about-face in order to placate some of the activists in our community is shameful,” the statement read.

GOAL went on to tout the organization’s efforts toward police reform in the city. “As the result of our advocacy alongside our allies, NYPD revised its Patrol Guide in 2012 to include procedures specific to transgender and gender nonconforming New Yorkers. For nearly 30 years, GOAL has provided LGBTQIA+ training for every new NYPD recruit at the academy, educating future officers on the unique challenges facing our community.”

The Times also reported that while the original Stonewall riots, what some consider to be the very first Pride, were in response to police raids and targeting of the LGBT community, over the years the police force has had peaceful and supportive involvement in Pride events.

“As the event grew…the number of police officers stationed along the route ballooned. Gradually, they went from being seen as would-be antagonists to security partners. They also began to participate more actively in events. When gay police officers first marched in uniform in the parade in 1996 — they sued for the right to do so — it was seen by many as a victory,” according to the outlet.

The history of Stonewall is also under question. Activists in recent years have reimagined the events of June 28, 1969 to coincide with today’s trendy social justice narratives. As a result, many people today falsely believe the uprising was led by “trans women of color.” Many who were present at the original Stonewall rebellion also reject the notion it was an anti-cop uprising, having just as much to do with gay people living under the thumb of the mob during that era.

“As anti-violence organizations that provide direct services for and advocacy with LGBTQ and HIV-affected survivors of hate, intimate partner, and sexual violence, we affirm that #BlackLivesMatter and demand that city, county, and state governments commit to reallocating funding from police departments to human services agencies, including LGBTQ and survivor-centered services,” the statement read.

Critics say this vocal minority is influencing big decisions that a majority of New Yorkers do not wish to see. Stephen Plumitallo, a gay man, responded to GOAL’s statement on Facebook writing, “I am, quite frankly, disgusted by NYC Pride’s actions. You cannot call yourself an [inclusive] community and practice [exclusionary] behaviors.”

Another person by the moniker Carol Brooklyn responded to GOAL’s statement claiming to have been a member of the Heritage of Pride board in the 1980s. “Cannot believe Heritage of Pride would do this after all GOAL had to do to fight the hierarchy of the NYPD to get into the parade wearing full dress uniforms. What a slap in the face,” the user wrote.

A majority of New Yorkers reject the movement to defund the police. “A strong majority of New Yorkers oppose defunding the police, despite calls from activists to gut the NYPD’s vast $6 billion budget…Sixty percent of voters rejected compared to 30 percent who supported a radical entrenchment,” according to the New York Post. In New York City murder and rape are up more than 30 percent so far this year as police forces have found themselves increasingly on the attack from activists and liberal city governments.