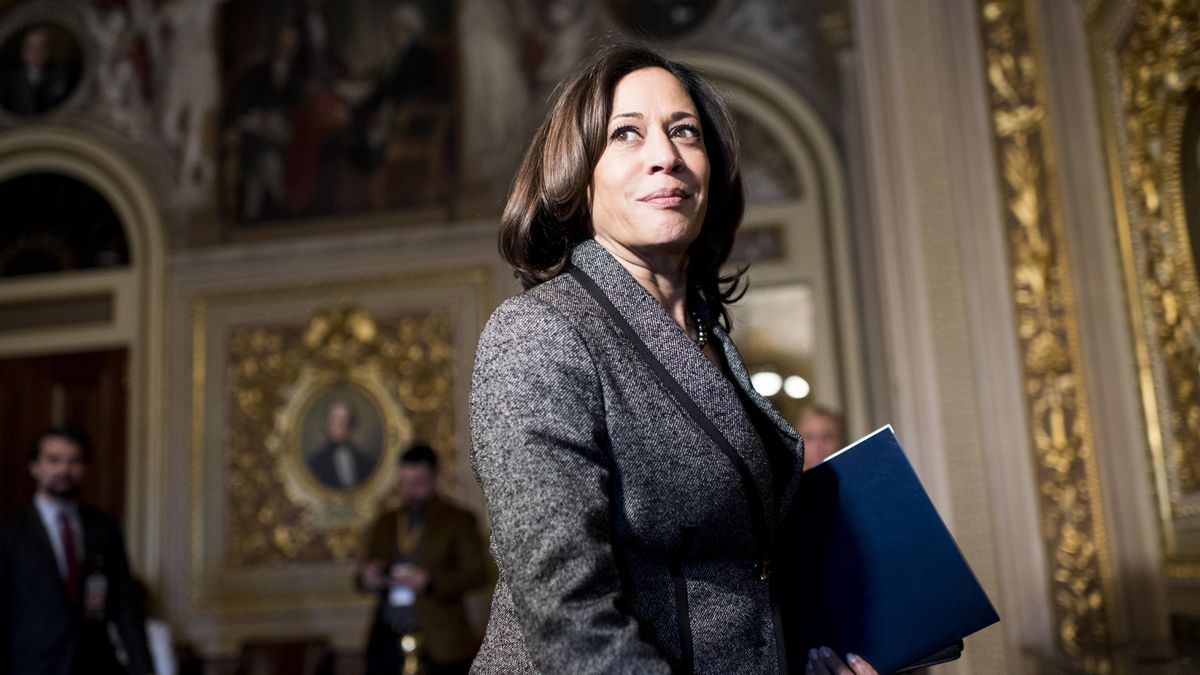 A leaked email from an employee of a federal government agency reveals the White House is shifting toward a communication strategy that seeks to elevate Vice President Kamala Harris in all official White House business.

The directive, the employee reports, came from a top White House communications team member and instructs all agencies to refer to the Biden administration as the “Biden-Harris Administration” in place of the “Biden Administration.”

The subtle move to diminish Biden was also reflected in the official Twitter account for the White House. The description for that account now reads, “Welcome to the Biden-Harris White House!”

The Trump White House account description was nearly identical, reading: “Welcome to @WhiteHouse! Follow for the latest from President @realDonaldTrump and his Administration.” Likewise, the archived versions of both accounts on Twitter cite the “Obama Administration” and “Trump Administration,” respectively, with no mention of the vice president.

The highly specific language also appears on the websites of all 15 executive departments. Press releases and other communications from the Departments of Agriculture, Commerce, Defense, Education, Energy, Health and Human Services, Homeland Security, Housing and Urban Development, Interior, Labor, State, Transportation, Treasury, and Veterans Affairs, and the Attorney General all exclusively refer to the Biden-Harris Administration, in lieu of only naming the president, which has been customary until now.

That language now appears to apply to all agencies that work with the federal government. The email provided to Outspoken and redacted to protect the identity of the source–who requested anonymity citing fears of repercussions in the workplace–was sent to a “bipartisan” federal agency established by Congress to deal in foreign relations and is not affiliated with the State Department.

The move raises eyebrows among those who believe President Biden is mentally unfit to serve and is being slowly pushed out and replaced by Vice President Kamala Harris. Since at least the beginning of the 2020 election cycle, and now into his first months as president, Biden has exhibited startling signs of mental decline, and possibly dementia, according to some medical experts.

In public appearances Biden often appears dazed, confused, has difficulty speaking and walking, and is rarely permitted to answer unscripted questions from journalists. He is also often accompanied by his wife, Jill Biden, who appears to frequently provide him a level cognitive support.

In another unprecedented move, Vice President Harris has been conducting solo phone calls with world leaders. This month, Harris spoke with the prime minister of Norway, Erna Solberg, without Biden present. Harris previously took calls alone with French President Emanuel Macron and Canadian Prime Minister Justin Trudeau as well as Israeli Prime Minister Benjamin Netanyahu. Harris also participated in the first bilateral meeting between the U.S. and Canada, an opportunity that previous vice presidents, including Biden, were not permitted.

In February, one European ambassador remarked to Politico that, “[Harris] will be seen by everyone as a potential president in waiting. Much more than in previous presidencies.”

Other critics see Harris’s elbowing into world affairs as unsettling. “World leaders expect to hear from the President of the United States, not the Vice President,” former Ambassador to Germany and former Acting Director of National Intelligence Richard Grenell said to Outspoken. “There are certainly times when the Vice President has to step in but not for the introductory call.”

“The fact that the White House is instructing federal agencies to replace ‘Biden’ with ‘Biden-Harris’ after less than 60 days is indicative of the struggle Joe Biden is already having being President,” Grenell said. “This is a signal that he can’t do the job alone.”

Related Topics:FrontFeaturedJoe BidenKamala Harris
Up Next