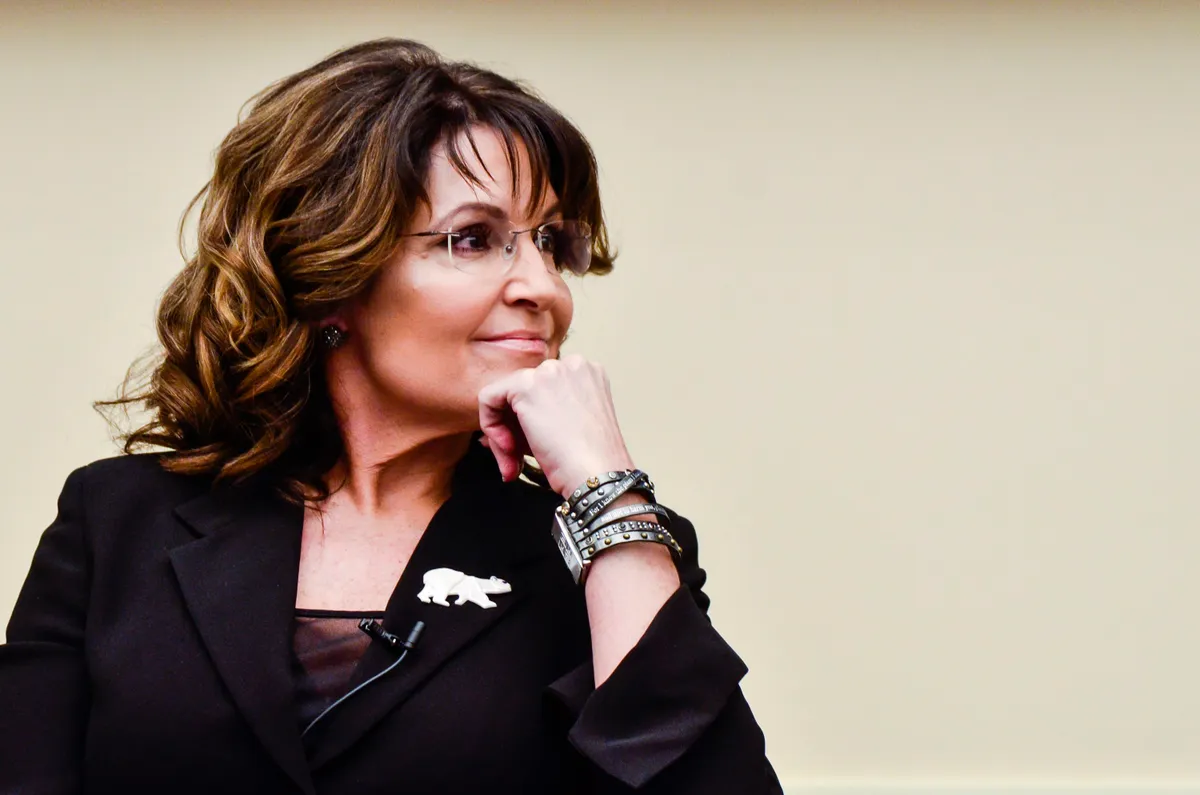 The Gay Mags are at it again. This past week the Advocate and LGBTQ Nation each ran stories attacking the Log Cabin Republicans for their endorsement of Sarah Palin.

Palin is currently running for a congressional seat in her home state of Alaska, and she received a ringing endorsement from the gay conservative group last week. The group tweeted an announcement of the endorsement saying, “Log Cabin is PROUD to endorse @SarahPalinUSA for Congress! Palin is a trailblazer who paved the way for the America First movement. Her commitment and dedication to Alaska is unparalleled and admirable. Palin will protect individual liberties for all Americans!”

Palin retweeted the Log Cabin tweet and responded to it with a heartfelt, “Thank you @LogCabinGOP!” The response also included an image with a longer statement. “I am honored to have earned the endorsement of the Log Cabin Republicans in the race for Alaska’s at-large congressional seat. Republicans must unite to win this important election so we can reclaim the House majority and start working to get America back on the right track. Together, we will restore American energy dominance, curtail inflation, get the economy growing again, and protect our God-given individual liberties,” the statement read.

The Advocate saw this as an opportunity to strike back against the endorsement with a subtle attack on Log Cabin. The publication wrote, “Often, critics of Log Cabin Republicans fail to understand why a group would align with an ideology that seeks to erase their rights. In Palin’s case, she has a record of anti-LGBTQ+ bias. For instance, Palin has been opposed to marriage equality.”

Since the Advocate article is filed as a political news piece, rather than opinion, there are two things very wrong with these apparent statements of “fact.” First, who are these elusive critics of Log Cabin Republicans? Yes, such critics do exist, but none were quoted or cited in the article. It is almost as if the Advocate is injecting bias and commentary into a news piece (shocking!). Second, to state that Sarah Palin, the then-Vice Presidential candidate for the Republican Party, was against gay marriage without also including that both Barack Obama and Joe Biden also vocally opposed it during that election is the height of deception.

Similarly, Joe Biden, Obama’s Vice Presidential running mate was asked about gay marriage during an interview on Meet the Press around the same time. In a very serious and annoyed tone, as if he resented being asked the question, Biden responded, “We already have a law, the Defense of Marriage Act. We’ve all voted, well I’ve voted, and said ‘Look, marriage is between a man and a woman, and states must respect that.’ Nobody’s violated that law. There’s been no challenge to that law. Why do we need a constitutional amendment? Marriage is between a man and a woman. What’s the game going on here?”

The Advocate had the grace to veil their disdain for the gay conservative organization; however, LGBTQ Nation chose to wage a full-on attack. The article referred to the organization as “radicalized” and a “group of conservative queers.” While some of the radical left alphabet mob have “reclaimed” the word queer as some amoebic, undefined, non-straight group of people, historically it was a pejorative. Considering the publication is demonizing Log Cabin, the use of “queer” here is most definitely hate-filled—or, to take a play out of their book, one might call it homophobic.

The article goes on to shame Log Cabin for its commentary on Chasten Buttigieg stating, “The group has targeted Chasten Buttigieg, Transportation Secretary Pete Buttigieg’s husband, in an effort to portray him as an effete gadfly.” In looking at official statements and even tweets from the organization, Chasten was only mentioned once with regard to his propaganda surrounding Florida’s new education laws.

Outspoken, on the other hand, has published many pieces slamming Chasten, and I have personally authored many of them. I am not an official member of any chapter of Log Cabin Republicans, and Outspoken is its own entity with editorial independence. And to the insinuation that my writing has characterized Chasten as an “effete gadfly,” I respond simply: Well, he is.

Gay Inc., and the Gay Mags can say what they will about Log Cabin and their endorsement of Sarah Palin, but the truth of the matter is our country is on the verge of irreparable damage. The upcoming midterm elections will have serious consequences for our future. Sarah Palin has a voice and a vision that is consistent with conservative values. Right now, enacting fiscal responsibility, tackling the illegal immigration flood, and curbing the out of control crime in our country’s cities is of the utmost importance. Whatever LGBT rights the leftists are screaming that we do not have are of little consequence. As Palin said, “Republicans must unite to win this important election.” She is absolutely correct, and it would appear the Log Cabin Republicans patriotically agree.