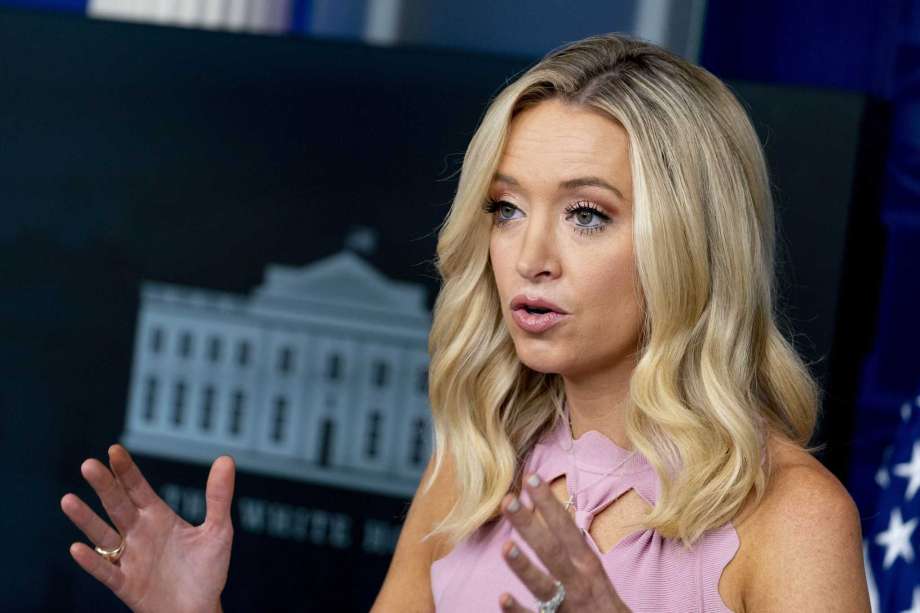 During a White House press briefing on Aug. 31 a reporter asked Press Secretary Kayleigh McEnany about a recent case involving children born overseas via surrogacy, claiming the administration is “denying citizenship to the children [of gay couples] born overseas by a surrogate.”

“The Justice Department continues to appeal these cases,” the reporter said. “How can the administration claim to be proud of its LGBTQ record when it’s litigating against these couples?”

The question came on the heels of a federal judge in Georgia ruling that the daughter of a married gay couple who was born via surrogate in England has been an American citizen since birth. The judge ordered the State Department to issue a U.S. passport for the child.

McEnany, who has earned the nickname “Slay-leigh” on social media due to her fierce and rapid-fire style of handling hostile journalists, shot back, “That pertained to surrogacy and it had nothing to do with the sexual orientation of the parents,” McEnany said. “And this — this administration, president will proudly stand on a record of achievement like leading a global initiative to end the criminalization of homosexuality throughout the world, launching a plan to end the AIDS epidemic by 2030, and easing a ban on blood donations from gay and bisexual men.”

The reporter persisted and McEnany said any further questions should be referred to the State Department.

The issue with overseas surrogacy and LGBT discrimination is one of the lesser known but enduring myths about President Trump’s record on LGBT rights. Despite being thoroughly debunked as “targeting LGBTs,” organizations such as the Human Rights Campaign continue to spread this fabrication.

The HRC falsely claims “the Trump Administration has interpreted immigration rules specifically so the child of a same-sex couple born abroad via surrogate would be considered ‘born out of wedlock’ and making it more difficult to obtain U.S. citizenship.”

In fact, any rules regarding surrogacy and citizenship apply across the board evenly to all couples. Even left-wing LGBT media will admit that the barriers to citizenship for children born abroad who are surrogates, and not genetically related to both parents, is routine for mixed-sex couples. These cases, for both same-sex and heterosexual couples are extremely rare.

The case in Georgia centers around how the State Department interprets the existing set of immigration laws that confer citizenship on those born abroad. The laws have been amended at least five times since the 1960s. Existing statutes focus on specific genetic connections between a child and his or her parents, reports the Atlanta Journal-Constitution.

To obtain citizenship, a child born abroad “in wedlock” must be born “to a U.S. citizen mother and U.S. citizen father,” according to the existing policy. It also states a child can only be born “in wedlock” if the “genetic and/or gestational parents are legally married to each other” when the child is conceived or born “and both parents are the legal parents of the child under local law at the time and place of birth.”

In the case in Georgia, the child is not biologically connected to both parents. Because of that, the policy deems the child as born “out-of-wedlock.”

The case has nothing to do with the sexual orientation of the parents. In May 2019, Rose and Adiel Kiviti, a heterosexual couple whose child Kessem was born outside the U.S. with the help of an egg donor and gestational surrogate, made headlines. Even though the parents were married, the State Department treated it as an “out of wedlock” birth because the child is not the biological offspring of the parents. This is not always a bar to attaining citizenship for the child, but it requires extra steps such as proving the ability to support the child financially and proving the parents lived in the U.S. for five years prior to the birth. Adiel fell short of five years. As with the case in Georgia, a judge declared the child to be a citizen at birth.

Florida Democrat Andrew Gillum: ‘I do identify as bisexual’

In the weeks before 9/11, a nightshift electrician took these haunting photos inside the WTC