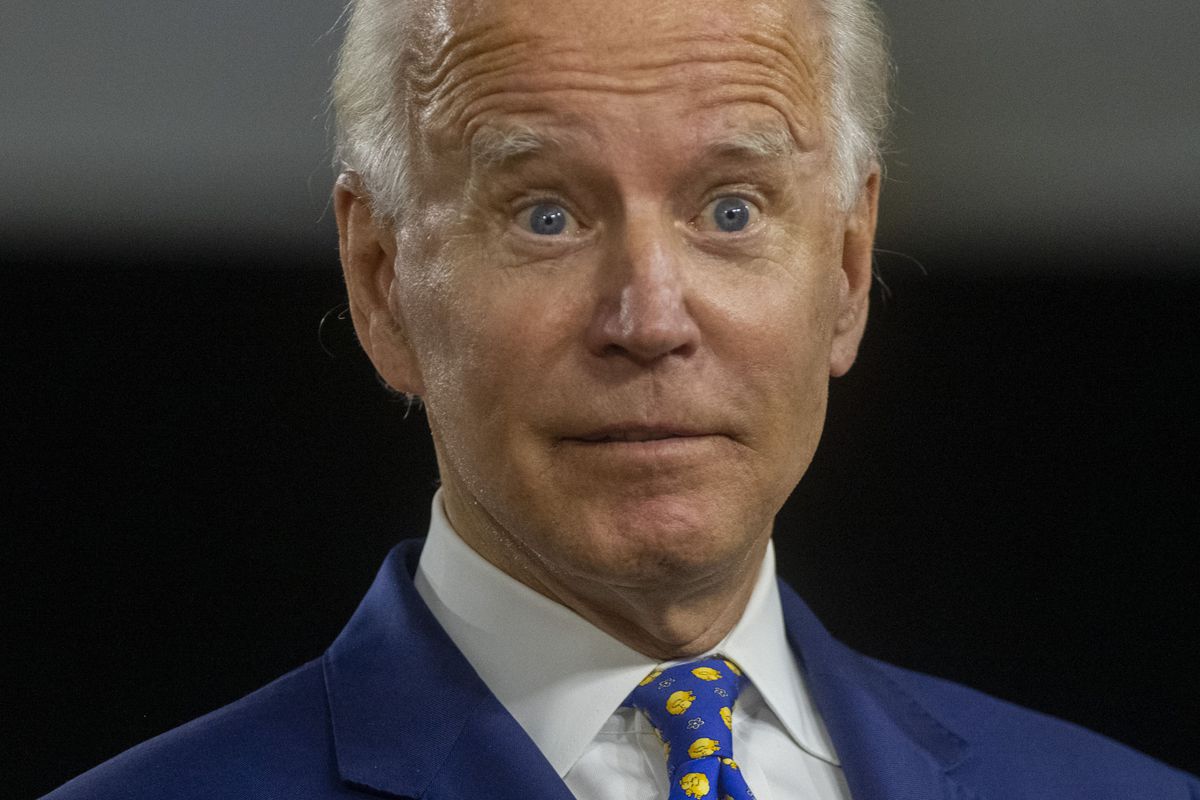 On Aug. 31, 2020 pop superstar Cher hosted a digital LGBT fundraiser for Joe Biden’s presidential campaign. Joe Biden has been roundly endorsed by prominent, left-wing LGBT groups and famous personalities. Biden’s actual record, spanning over 40 years in Washington, instead shows a politician who spent his entire career attacking gay people and the LGBT community. From his persistent opposition to gay marriage, to continued support for regimes that murder homosexuals, and even suggesting gay people might be “security risks” as federal employees, Biden’s open support for LGBT rights arrived very late, even among Democrats, and well after great advances toward LGBT equality had already been made.

In 1973, As a senator Joe Biden said gay people could not receive security clearances because they would be a “security risk.”  “Biden also agreed to answer later by mail a series of questions on U.S. Civil Service and military job discrimination which Robert Vane, a gay activist, presented him. ‘My gut reaction,’ Biden told Vane, ‘is that they [homosexuals] are security risks but I must admit I haven’t given this much thought…I’ll be darned!’” according to The Morning News

Biden voted for Don’t Ask Don’t Tell, which kicked 14,500 service members out of the U.S. Military

More than 14,500 service members were discharged from the military for violating the “Don’t Ask, Don’t Tell” policy between 1994 and 2011, according to the non-profit watchdog and lobby group, the Service members Legal Defense Network.

In August 1994, Biden was one of 23 Democrats to vote for S.Amdt. 2434. The amendment “cut off federal funds to any school district that teaches acceptance of homosexuality as a lifestyle.” The 63-36 vote came during debate on reauthorization of the Elementary and Secondary Education Act, which provides $12.5 billion in federal funds to the nation’s public schools.

In 1998, Delaware Pride board member Vicki Morelli said that “none” of Delaware’s congressional delegation, including Biden, stood up for gay rights and instead stayed quiet. “They’re all good enough politicians that they know not to make hateful comments against gays, yet not to fight so vigorously for gay rights that alienate voters,” she said to The News Journal on Jul. 26, 1998.

Richard Grenell became the highest ranking openly gay federal official when he was confirmed by the Senate for the prestigious ambassadorship to Germany. He was then appointed by President Trump to serve as Acting Director of National Intelligence, the only openly gay man to serve in a presidential Cabinet. Biden never once acknowledged or congratulated Grenell on the historic appointment and the watershed moment for gay representation in government.

In Children and Families

Biden voted for the Defense Of Marriage Act

In the 2000s, Biden called same-sex marriage a “state issue,” repeatedly saying “marriage is between a man and a woman”

“As President Bush said on a previous occasion, this issue should be left to the states. I agree. That’s why I voted for the Defense of Marriage Act, which defines marriage as a ‘union between one man and one woman’ and does not require any state to recognize a same-sex union sanctioned under the laws of another state,” he said, according to The News Journal.

Later that year, Biden said, “this has long been a state issue, and it should remain that way,” according to The News Journal.

In June 2006, Biden said he did not oppose a federal marriage constitutional amendment on substance, but that he opposed “the timing” of the amendment. Appearing on Anderson Cooper 360, host John Roberts asked, “are you more against the amendment itself or the timing of it?”

“I’m against the timing of it. Look, marriage is between a man and a woman. Tell me why that has to be put in the Constitution now?” Biden said.

“Look, I don’t — I don’t know whether it would be writing discrimination into the Constitution… marriage has always been something we left to the states… We don’t pass a federal law telling you the conditions on which you can get married, who can marry you, how you can get married.”

That same year, on Meet The Press, Biden defended DOMA once again. Host Tim Russert asked Biden, “The president used his radio address yesterday, and tomorrow in the Rose Garden, to talk about a constitutional amendment to ban gay marriage.”

“You know, think about this. The world’s going to Hades in a handbasket… and we’re going to debate, the next three weeks, I’m told, gay marriage, a flag amendment, and God only knows what else… We already have a law, the Defense of Marriage Act. We’ve all voted—not, where I’ve voted, and others have said, look, marriage is between a man and a woman and states must respect that. Nobody’s violated that law, there’s been no challenge to that law. Why do we need a constitutional amendment? Marriage is between a man and a woman.”

During the 2008 presidential campaign, Biden refused to back gay marriage

During the 2008 vice presidential debate when asked if he would support gay marriage, then-Senator Biden said “[Neither] Barack Obama nor I support redefining from a civil side what constitutes marriage,” referring to his running mate, according to Reuters.

At the February 7, 2020 Democrat debates, Biden claimed “I was the first major leader holding public office to call for same sex marriage. So I don’t know what about the past of Barack Obama and Joe Biden was so bad.”

Other prominent officials, including Republicans, voiced support and openness to same-sex marriage long before Biden did

In 2000, vice presidential nominee Dick Cheney “spoke out in favor of gay marriage and rights.” “Dick Cheney spoke out in support of gay marriage and rights during the 2000 vice presidential debate, breaking with his running mate George W. Bush and earning the support of the progressive Human Rights Campaign,’” according to Fox News.

In June 2011, the Obama White House was already looking at how Obama could announce support for same-sex marriage, nearly a year before Biden endorsed it. “The White House would not comment on whether Mr. Obama was ready to endorse same-sex marriage… And Representative Barney Frank, a Massachusetts Democrat who is gay, said in an interview that a top adviser to Mr. Obama, whom he would not name, asked him this year, ‘What would be the effect if he came out for same-sex marriage?’ ‘My own view is that I look at President Obama’s record, he was probably inclined to think that same-sex marriage was legitimate, but as a candidate for president in 2008 that would have been an unwise thing to say,’ Mr. Frank said,” according to The New York Times.

Biden and Obama White House aides insisted Biden did not endorse gay marriage during his 2012 Meet The Press interview. In May 2012, after Biden signaled support for same-sex marriage on Meet the Press, top Obama White House officials immediately sought to walk back Biden’s comments. “Despite his record, in several presidential debates this year, Biden questionably claimed that he was the first major political leader to support gay marriage… top Obama administration officials immediately sought to walk back Biden’s comments in the interview…‘Chaos … erupted inside the West Wing after an e-mailed transcript of the interview landed in the in-box of the White House press team,’ according to an insider account by investigative reporter Jo Becker,” reports Fox News.

“Former Vice President Joe Biden, for one, has said he will return to the agreement only once Iran is in compliance. But he’s also pledged to find a way to ‘strengthen and extend it.’ A senior Biden campaign adviser said the former vice president knows a lot can change by 2021, but he sees pledging a return to the 2015 agreement as, among other things, an important signal to send to U.S. allies in Europe who are furious over Trump’s abandonment,” according to Politico.