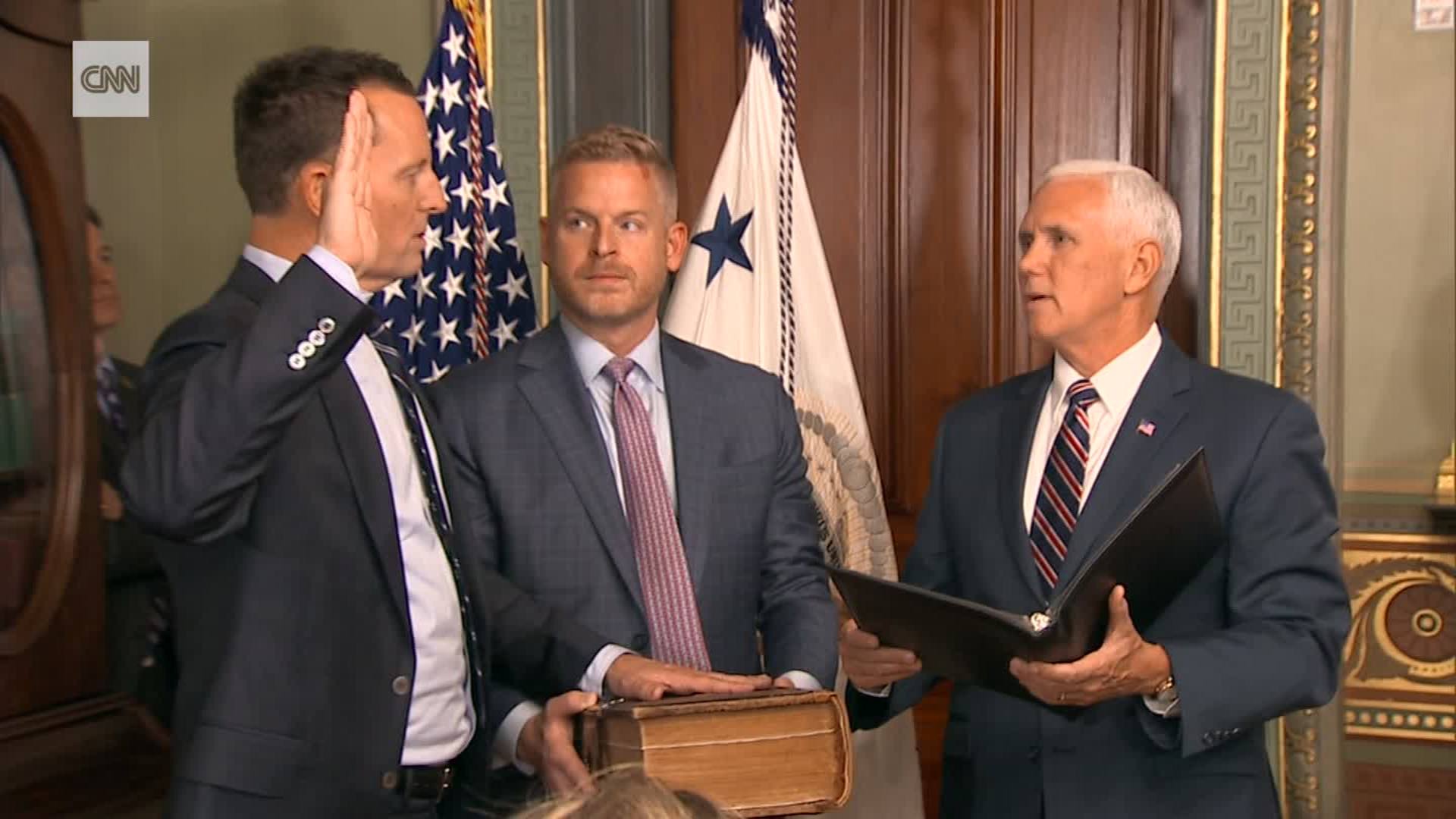 Mike Pence is a social conservative and a religious conservative. Generally, he has a “live and let live” attitude toward LGBT people.

With experience as a Republican leader in Congress and as governor of Indiana, he was selected for the Republican ticket in 2016 largely for balance. Pence was well-known and respected among social conservatives, and was a supporter of Donald Trump’s main rival for the 2016 nomination, Texas Sen. Ted Cruz.

Cruz had made a last stand against Trump based on Trump’s “New York values,” a term that people understood to refer to Trump’s more libertarian attitudes on social issues. A significant reason that Trump was mistrusted by social conservatives was his reputation for having close relationships with gay and LGBT people, from his mentor Roy Cohn to his friend Elton John, and his record as a businessperson indicating he simply didn’t care about people’s sexual orientation. Social conservatives’ concern about Trump led Cruz to refuse to endorse Trump in his speech at the Republican National Convention.

Pence was selected as vice president to reassure social conservatives that the pro-gay Trump would not, for want of a better term, rub their noses in their defeat for the Republican nomination. Leaders of the LGBT establishment would go on to characterize the pro-gay Trump and the gentlemanly Pence as men who might send LGBT people to concentration camps but this was, of course, completely unfounded.

Gentlemanly is an apt descriptor for the vice president. Unlike many politicians, Pence has never been insulting toward LGBT people in general or toward specific LGBT individuals. As governor of Indiana, he worked cordially for years with South Bend’s then-Mayor Pete Buttigieg. Pence did not return abuse in kind when Buttigieg insulted Pence and his religious faith during the 2020 Democrat primary. When LGBT athletes insulted Pence based on what they had heard wrongly about his record, he responded only with kind words.

Following his senate confirmation, on May 3, 2018 Vice President Pence swore in Richard Grenell as ambassador to Germany alongside Grenell’s partner, Matthew Lashey.

Still, Pence’s faith and social conservatism has put him in the crosshairs of leftwing activists who preach tolerance and diversity while exhibiting a proclivity for neither. Conservative and libertarian-leaning LGBTs, on the other hand, are largely tolerant of Christians and the faithful who may have differing beliefs on the subject of homosexuality.

One of the most widely circulated myths about Pence is that he supported conversion therapy and even government funding for conversion therapy. This is based on a twisted reading of a section of Pence’s campaign website from his 2000 race for Congress.  A section referring to the Ryan White Care Act, which provides HIV/AIDS money for the poor, stated: “Congress should support the reauthorization of the Ryan White Care Act only after completion of an audit to ensure that federal dollars were no longer being given to organizations that celebrate and encourage the types of behaviors that facilitate the spreading of the HIV virus. Resources should be directed toward those institutions which provide assistance to those seeking to change their sexual behavior.”

Leftwing activists have interpreted that to refer to homosexual activity and compound it with conversion therapy. They claim to know precisely what was meant by Pence or whoever wrote that section of his 2000 campaign website. No reference, however, to homosexual activity or conversion therapy was mentioned anywhere on the site. That section easily could refer to a waste of taxpayers’ money that was occurring at the time. Back then, federal funding sometimes made its way to organizations that promoted social events, supposedly to promote “safer-sex” practices. Oversight of those programs was lax and the events did not always promote “safer-sex” as they were supposed to. The term “sexual behavior,” as in “assistance to those seeking to change their sexual behavior” just as well could refer to neglecting to use condoms, sex addiction or being sexual promiscuous, or otherwise engaging in reckless sexual behavior.

While Mike Pence opposed expanding the 1964 Civil Rights Act to include LGBT people as a protected category he noted, “Let me be clear; I don’t condone discrimination against people for any reason whatsoever.”

The Trump-Pence administration does not support employment discrimination against LGBT people. The administration submitted an amicus brief arguing that the existing law, specifically the Civil Rights Act of 1964, did not already cover LGBT people, and, if the law were to cover anti-LGBT discrimination, it would need to be changed. At the time the law was passed, in 1964, no mainstream politician in the country even publicly contemplated banning discrimination based on sexual orientation or gender identity.

In 2020, the Supreme Court ruled in favor of interpreting the term “sex” in the 1964 Civil Rights Act to include sexual orientation and gender identity, thereby making workplace discrimination against LGBTs illegal. Justice Neil Gorsuch, a Trump-Pence appointee, voted in favor of expanding the law and wrote the majority opinion in the case.

While in Indiana, Pence opposed same-sex marriage. It remains unclear how he felt about same-sex civil unions which would have given the same legal protections to same-sex couples while avoiding the religiously-charged term “marriage.” The topic of civil unions appears to have not come up in any debates on the issue while Pence was in government in Indiana. Bill and Hillary Clinton, Barack Obama, and Joe Biden all opposed same-sex marriage at the same time, and remained anti-gay marriage until at least 2012, Pence’s last year in Congress.

In January 1993, when he worked for a think tank, Pence was quoted in a newspaper regarding a local attempt to pass a gay rights ordinance. Other opponents of the proposal railed against homosexuality as a sin, but Pence supposedly argued against it on the ground that anti-gay discrimination was different from other forms of discrimination. “I do not choose whether I am a black American . . . [but] the great vast majority of the psychological community says homosexuality at a very minimum is a choice by the individual, and at the maximum, is a learned behavior,” he was quoted as saying.

At the time, this was a very mainstream opinion in conservatism, in the mental health community, and even some liberal circles. In fact, throughout the Stonewall era and much of the 1980s, many LGBT people did not believe their sexual preference was an immutable trait given to them at birth. Many would have scoffed at the idea their sexual behavior was no different from their skin color or hair color. As gay people became more visible in American society and the gay rights movement progressed, the “born this way” narrative emerged as reactionary to social conservatives who said homosexuality was a moral choice. For the overwhelming majority of human history, no one believed homosexuals were “born this way,” including homosexuals themselves.

The psychological community and the majority of Americans since have flipped on this opinion and now tend to believe homosexuality is either a trait someone is born with or, if not, is behavior that is mostly unchangeable.

On religious liberty and RFRA

As governor of Indiana, Pence backed the Religious Freedom Restoration Act, a state law inspired by national legislation. The national legislation was sponsored in 1993 by then-Rep. Chuck Schumer and the late Senator Ted Kennedy, both Democrats, and signed into law by President Bill Clinton. Contrary to myth, the Indiana law did not “allow” discrimination against LGBT persons, simply because Indiana didn’t have an LGBT non-discrimination law in the first place. After a national boycotting effort directed at Indiana, the law was amended specifically to provide protections for LGBT customers, employees, and tenants. Pence, who had been sharply criticized nationally for the original measure, signed the revision, which religious-conservative activists said “destroy[ed]” the original measure.

Pence received criticism for opposing needle-exchange programs. Opposition to needle-exchange programs is a fairly mainstream conservative position, believing such programs encourage and facilitate drug use. Some characterized this opposition as anti-gay on the grounds that the sharing of needles spreads HIV. Following a 2015 outbreak of HIV in Austin, Ind., which was linked to needle-sharing and opioid abuse, Pence came under pressure to support needle-exchange. He then allow a 30-day exemption in the affected county in an effort to stop the spread.

On decriminalization of homosexuality

Vice President Pence strongly supports the Trump administration effort to decriminalize homosexuality around the world. In 69 nations homosexuality is a crime punishable by imprisonment or death. The decriminalization effort was spearheaded by former Ambassador to Germany and former Acting Director of National Intelligence Richard Grenell, who is openly gay. After Grenell was confirmed by the Senate to be ambassador to Germany, Vice President Pence swore him into office alongside Grenell and his partner, Matt Lashey.

The Human Rights Campaign claims, “Trump and Pence, over LGBTQ and other issues, removed the United States from the U.N. Human Rights Council.” This is correct. The Trump-Pence administration left the U.N. Human Rights Council because other nations – such as Sudan, Nigeria, the Congo, Bahrain, and Afghanistan – that jail, execute and oppress homosexuals and women were also member nations on the Council. For these reasons, the Trump-Pence administration left in protest, believing the Council was a hypocritical body that refused to call out the human rights abuses of other nations that also sat on the council.