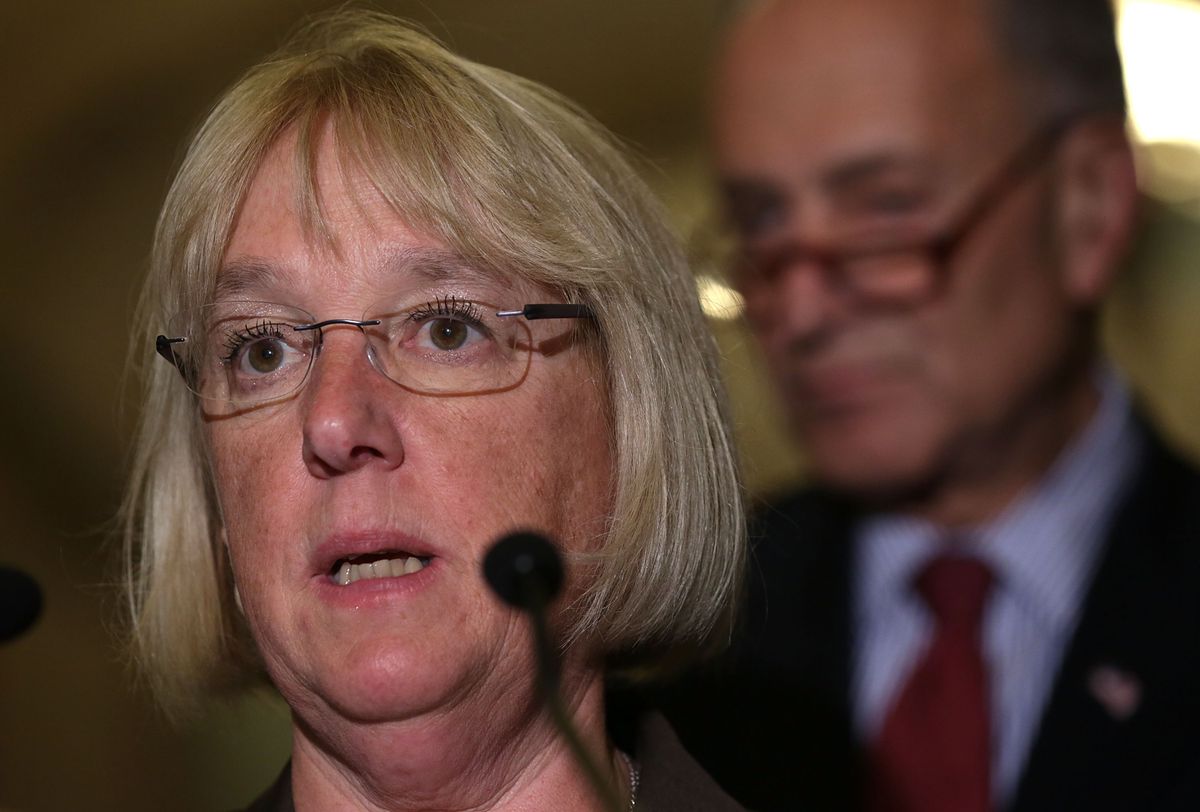 Democrat Senator Patty Murray is up for re-election this year in the state of Washington. While she currently toes the party line on almost all issues, her record on supporting gay rights is far from pristine.

In 1996 Murray joined 117 of her fellow Democrats in voting to pass the Defense of Marriage Act, the infamous piece of legislation that forbade the U.S. government from recognizing same-sex marriage. “[T]he word ‘marriage’ means only a legal union between one man and one woman as husband and wife, and the word ‘spouse’ refers only to a person of the opposite sex who is a husband or a wife,” the original legislation reads.

As if her vote on the bill were not bad enough, Murray spoke out further on the issue. In an article published in The Seattle Post-Intelligencer from September 1996, she said, “The Senate yesterday overwhelmingly passed a Defense of Marriage Act that defines marriage as a union between one man and one woman and authorizes states to disregard same-sex marriages licensed in other states.” Murray went on to say that the public is “not ready for same-sex marriages. This is not the time or place or way to make this happen.”

Just a few years later, Murray lauded and praised the work of terrorist Osama bin Laden. In 2002, just one year after bin Laden orchestrated the September 11, 2001, attacks that killed 2,977 Americans in New York City, Washington D.C., and Pennsylvania, Murray addressed a group of high school students touting his accomplishments in the Middle East. “Osama bin Laden has been very, very effective,” she said. Murray continued the disgusting admiration adding, “He’s been out in these countries for decades building roads, building schools, building infrastructure, building day care facilities, building health care facilities, and the people are extremely grateful. It made their lives better.”

Being a staunch proponent of Sharia law which aims to execute homosexuals, Osama bin Laden most assuredly was not making the lives of anyone in the LGBT community better. Murray’s brazen and tone-deaf commendation of an America-hating, violently homophobic madman seems to indicate that basic human rights for LGBT people around the world are not of her concern, much less the right for American gays to marry.

More recently, Murray has snuggled up to the smallest and most radical minority within the LGBT community, the transgender and gender nonconforming. In doing so, she has pushed aside and forsaken the LGB. She is a staunch proponent of the Equality Act, a bill that in essence erases the existence of homosexuality and bisexuality. “Gay, lesbian, and bisexual members of society would also effectively become an ‘extinct species’ under this bill. That’s because it would enshrine the gender identity agenda that is counter to gay rights. For decades, we gays preached to the world that we were ‘born this way,’ and that being gay, lesbian, or bisexual ‘is not a choice,’” Charles Moran, national president of Log Cabin Republicans previously wrote in response to the legislation.

Patty Murray may claim to be a supporter of gays, lesbians, and bisexuals today; however, her previous record casts serious doubt. Her strong support for DOMA and obscene praise of a homophobic terrorist should cause anyone to question her true feelings on gay rights. Such a drastic and quick 180º turn in any stance reeks of dishonesty and political games. There is even recent video in which Murray was confronted about her previous support for DOMA. When asked why she voted to pass the legislation, she refused to set the record straight and quite literally evaded the question.

While many think of Washington as a deep blue state due to the communist stronghold that is Seattle, it seems Murray’s chances of winning her midterm election are shrinking. Polls indicate her Republican opponent Tiffany Smiley is gaining ground as the election is right around the corner. Murray should be concerned for her political future, and she should not count on the blanket support of the gay community.