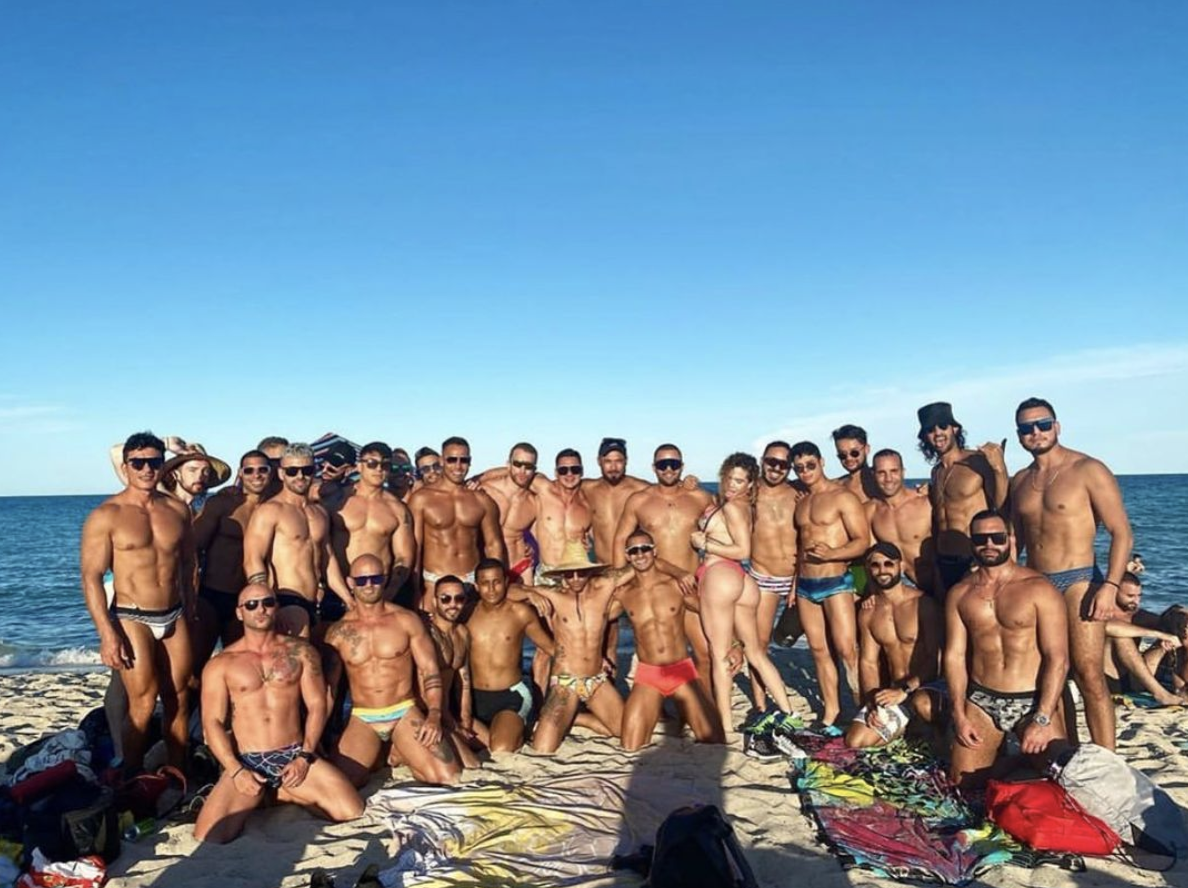 An anonymous Instagram account that has exploded in popularity in recent days is on the warpath to dox, shame, and humiliate attractive gay men caught socializing during Covid-19 lockdown orders.

The account, GaysOverCovid, which had over 100,000 followers as of Tuesday morning, began over the summer but gained traction last week after video went viral of a gay circuit party in Rio de Janeiro, Brazil. That party, called Festa Revolution, attracted around 2,000 people packed onto a dance floor and partying without masks before police responded to complaints and burst in to shut the event down, according to Pink News.

That same week, jet-setting gays flooded into Puerto Vallarta, Mexico to ring in the New Year. Many shared scantily-clad selfies on social media, catching the ire of seemingly embittered, less fortunate gay keyboard warrior who decided punishment was in order.

The account–in apparent violation of Instagram’s rules against harassment–posts names, occupations, and locations of men discovered out having a good time. It asks followers to mine their own social media accounts for examples of more rule-breakers in need of a public flogging.

“Wear a mask. Stay home. Save lives,” the account’s bio reads while posting creepy mantras such as “This isn’t about you, it’s about us.” It repeatedly asks “Why can’t you stay home,” spreads fake news reports about overcrowded hospitals, and identifies some men as “repeat offenders.”

“Your body is going to look real good with a ventilator coming out of it,” the account commented on one photo of four fit, young, shirtless men in California, ignoring the science that such a demographic is by far the least likely to experience any sort of complications should they contract the virus.

The account also recently threw support behind Democrat senatorial candidates in the Georgia run-off election and posts content attempting to mock President Trump. It makes a point to call out “white privilege” falsely suggesting those who snub their nose at lockdown orders are all white.

A meager backlash against the liberal, online shame-factory began to stir on social media. A Facebook group formed called Gays Over Karens, posting: “I see these bitter shady queens blasting event producers, promoters, DJs, and even frontline workers,” the page reads. “When I see you all doing your own kikis, hooking up on Grindr, traveling, and doing your ‘private’ social gatherings.”

Another user on Facebook offered a $500 reward for anyone who can produce the identity of the anonymous person behind the GaysOverCovid Instagram account. “Let it be known we are coming for them,” the post warned.

On Monday morning the GaysOverCovid account mysteriously disappeared. A second account, GaysOverCovid2.0 sprang up with a post declaring that the anti-cancel culture crowd may have “won the battle but not the war.” It is unclear if the second account was run by the same person as the original. Hours later the original account reappeared.

Liberal gay bloggers and influencers, any without a summer-ready body, have celebrated the doxing machine. “whoever is running the “gaysovercovid” Instagram account has been doing real yeoman’s work to identify and out the people who went to PV, analyzing Facebook location data, Venmo payments, and more. It’s pretty remarkable,” wrote former ThinkProgress blogger Zack Ford in a rambling, 28-tweet long thread about his admiration for the account.

Drag queen Trixie Mattel also threw her heft behind GaysOverCovid, writing on Twitter “I will get my law degree to defend @gaysovercovid.”