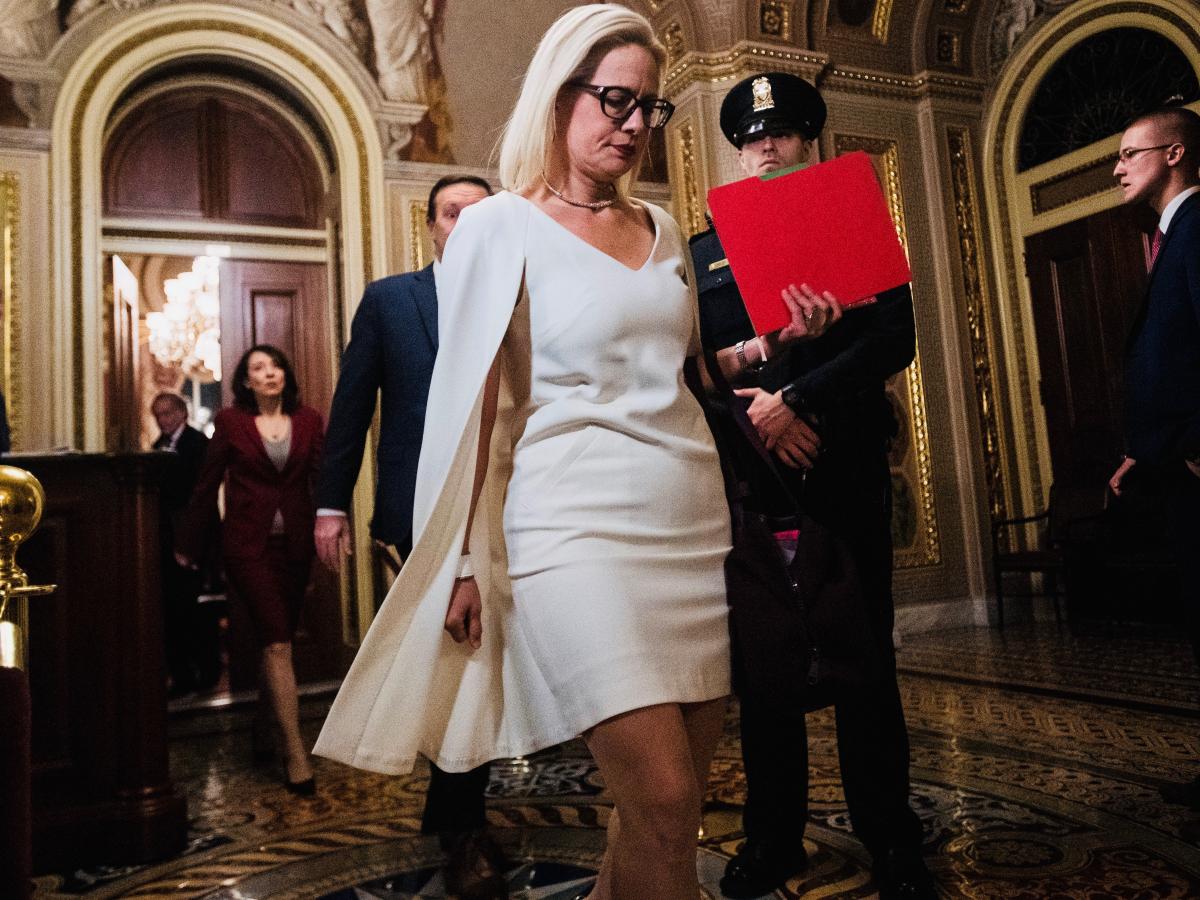 The LGBT activists who once helped Kyrsten Sinema (D-AZ) become the first bisexual senator have now turned on her due to her support of the filibuster.

In an open letter to Sinema, over 140 LGBT activists in Arizona called on the senator to reverse her opinion on the filibuster in order to pass radical legislation like the Equality Act. The letter insinuates that without the passage of the Equality Act transgendered people of color will die.

“Our right to exist, and the rights of black and brown transgendered women to live are not up for debate or compromise. Unless we end the filibuster, the Equality Act has no chance of passing the Senate in this polarized climate,” the letter asserts.

The activists also invoked the trite talking point that the filibuster is rooted in racism. The letter states, “The filibuster blocks bills that would otherwise pass by the democratic process of majority rule. This is an undemocratic relic of Jim Crow era racism and minority repression. The longstanding tradition of the filibuster has been to block the civil rights of black Americans, and that tradition continues today as it is now being used to block the civil rights of queer and transgendered Americans.”

The activists conclude their letter to Sinema threatening to withhold support and financial donations if she does not reconsider her position. Sinema was previously praised by LGBT activists for being the first openly bisexual woman elected to congress. They write, “we urge you to take the necessary next step of ending the filibuster so queer and transgender civil rights can pass the Senate and be signed into law by President Biden. If you refuse to do this, we will have no choice but to seriously consider whether our support for you, including financial donations, may better serve our community if directed to another Democrat who will use their power as a US Senator to stand up for our rights.”

The filibuster is used in the Senate to lengthen and prolong debate in order to delay a vote on a particular bill or resolution. Although the filibuster was famously used by Strom Thurmond to stop a vote on the Civil Rights Act of 1957, the practice has a much longer history than that. According to the official Senate website, “The tactic of using long speeches to delay action on legislation appeared in the very first session of the Senate. On September 22, 1789, Pennsylvania Senator William Maclay wrote in his diary that the ‘design of the Virginians was to talk away the time, so that we could not get the bill passed.’”

Currently, in order to end the debate on a bill, motion, or resolution on the Senate floor and proceed to a vote, a three-fifths consensus, or 60 senators, is needed.

In an op-ed in the Washington Post, Senator Sinema laid out why she opposed ending the filibuster. She wrote, “It’s no secret that I oppose eliminating the Senate’s 60-vote threshold. I held the same view during three terms in the U.S. House, and said the same after I was elected to the Senate in 2018. If anyone expected me to reverse my position because my party now controls the Senate, they should know that my approach to legislating in Congress is the same whether in the minority or majority.”

She holds that keeping the rule that 60 votes are required to end debate is crucial to the way the American government works effectively. Without such a rule, she contests that there would be wild swings in policy each time control of Congress changes. She further asserted that lasting legislation is what the American people need, and the only way to pass lasting legislation is through bipartisan cooperation.

“Lasting results — rather than temporary victories, destined to be reversed, undermining the certainty that America’s families and employers depend on. The best way to achieve durable, lasting results? Bipartisan cooperation. I understand bipartisanship seems outdated to many pundits. But the difficult work of collaboration is what we expect in Arizona. And I still believe it is the best way to identify realistic solutions — instead of escalating all-or-nothing political battles that result in no action, or in whipsawing federal policy reversals,” Sinema penned in the op-ed.

She concluded her thoughts on protecting the filibuster saying our political climate is unstable and overly-partisan, which she is afraid could weaken our democracy if left unchecked. “Instability, partisanship and tribalism continue to infect our politics. The solution, however, is not to continue weakening our democracy’s guardrails. If we eliminate the Senate’s 60-vote threshold, we will lose much more than we gain,” Sinema concluded.