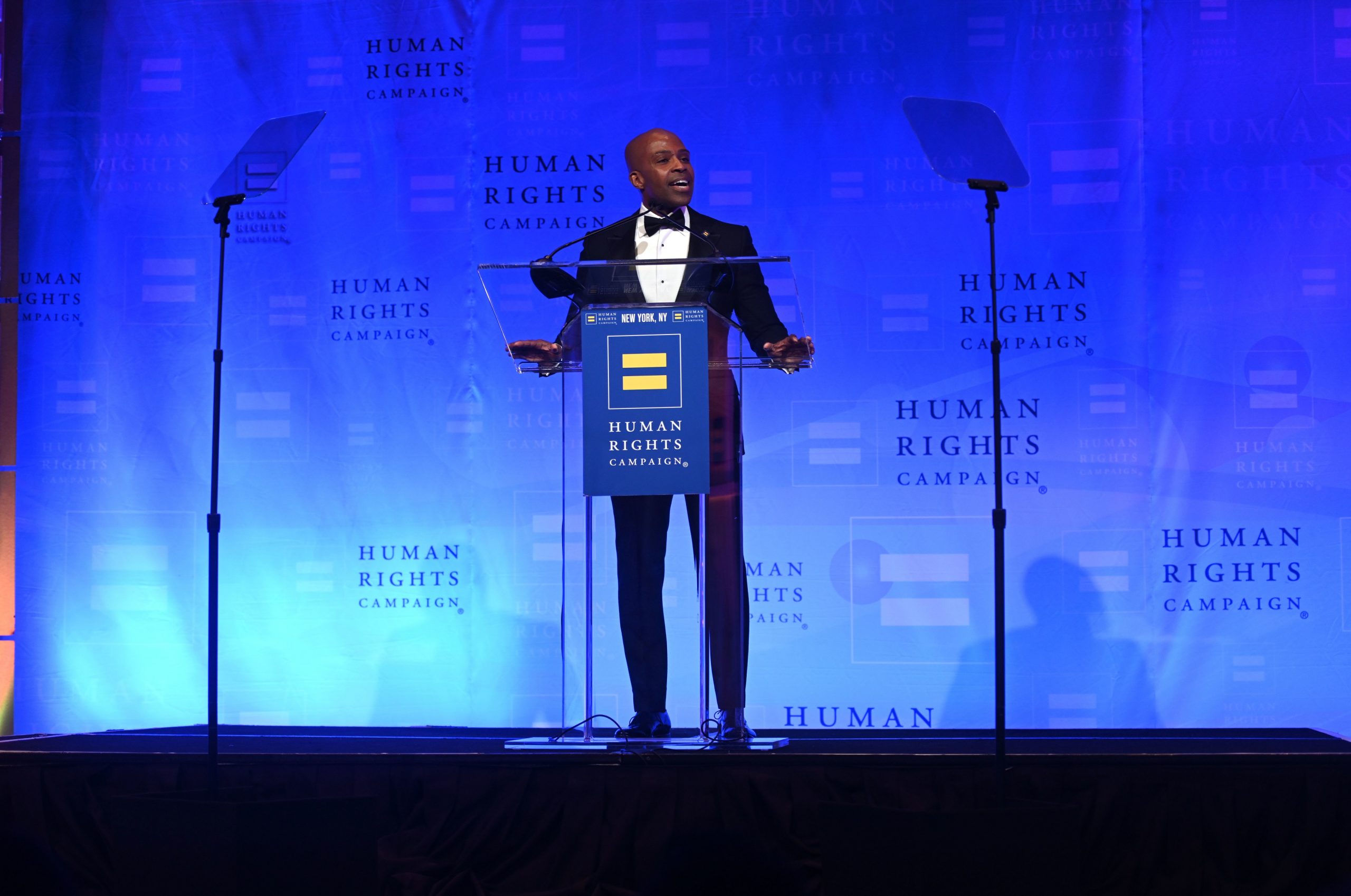 After a tense tête-à-tête over the holiday weekend, the board of the Human Rights Campaign has fired its president, Alphonso David, over his involvement in former New York governor Andrew Cuomo’s sexual harassment scandal.

In an official statement released late Monday evening, the co-chairs of the board of HRC, Jodie Patterson and Morgan Cox, stated that the termination of David’s position came after he was found to have breached his contract. “The HRC and the HRC Foundation Boards of Directors have voted to terminate Mr. David for cause, effective immediately, for violations of his contract with the Human Rights Campaign,” the statement read.

“Mr. David engaged in a number of activities in December 2020, while HRC president, to assist Governor Cuomo’s team in responding to allegations by Ms. Boylan of sexual harassment. This conduct of assisting Governor Cuomo’s team, while president of HRC, was in violation of HRC’s Conflict of Interest policy and the mission of HRC,” the pink slip continued.

The saga began last month after New York Attorney General Letitia James released a report on the sexual harassment scandal involving disgraced ex-governor Cuomo. The report implicated the HRC president in possible wrongdoing and unethical behaviors including smearing the name of one of Cuomo’s accusers and inappropriately handling confidential and personal information.

Upon first hearing of David’s involvement, HRC pledged unwavering support for David by renewing and extending his contract for another five years. After organization-internal pushback and negative media coverage, HRC agreed to hire long-standing partner law firm Sidley Austin to conduct an internal investigation that some called a possible conflict of interest.

In a complete about-face this weekend, the co-chairs of the board of HRC Patterson and Cox recanted their support of David, in essence, calling him a liar. It seems the pair wanted to offer David a quiet and dignified exit over the holiday weekend by privately suggesting he resign; however, David decided to make the whole ordeal public, kicking and screaming on his way out.

On Sunday, David released a statement that was sent to the entire organization in which he asserted that Patterson and Cox told him privately that the internal investigation was complete and that he was exonerated of any misconduct. “I have now been privately contacted by the two co-chairs of the HRC board and their representatives, who informed me verbally that the review period has been completed and that there is no indication of wrongdoing on my part,” David wrote. He continued, “Despite the lack of any findings, the board co-chairs have now asked me to consider resigning, not because of any wrongdoing, but because they feel that the incident has been a ‘distraction’ for the organization.”

David further claimed that the board wanted to conduct this business over the holiday weekend to keep it quiet and to steer media attention away from it; however, David made sure that was not the case by tweeting out his full statement on Sunday. “I have the support of too many of our employees, board members, and stakeholders to walk away quietly into the night. I am not resigning,” he defiantly wrote.

After going public with his statement, the New York Post reported that Patterson and Cox made a rebuttal in an organization-wide email sent on Labor Day. They called out David for being misleading and untruthful. “Yesterday, you received an email from Alphonso David. We were very surprised and disappointed by the inaccuracies in his portrayal of events,” the co-chairs wrote.

“As that process was nearing its conclusion, Mr. David was offered, at the direction of the Committee, the opportunity to discuss in good faith a separation from HRC, and his lawyers began that discussion on his behalf. Mr. David’s email yesterday is unfortunate given his mischaracterizations, including the assertion that there was ‘no indication of wrongdoing on his part’,” they continued.

Not to be outdone, David struck back. He issued yet another statement Monday claiming the HRC board co-chairs were being dishonest in their portrayal of events. He contends that originally Patterson and Cox told him that the Sidley Austin investigation was complete but refused to offer any formal report of the findings while at the same time asking him to resign. He claims the co-chairs now admit that the investigation is not yet complete. “Their statements have been so contradictory that we will now see what if anything they produce, and whether it will be on Sidley Austin letterhead as it must be, or something else written by the co-chairs,” David stated.

David further made a baseless claim that the entire ordeal was preconceived and orchestrated from the beginning despite the fact that immediately after the New York Attorney General’s report was released, HRC renewed and extended his contract as president. “We’re all left wondering whether this whole process was preordained from the start,” he said.

In reaction to his termination, David posted a screenshot of a text message conversation to Twitter where he claims he will be fighting back. “After I demanded truth and transparency, the HRC board co-chairs who should stand for human rights elected to hide in darkness. They unjustly provided notice of termination to me in order to end my fight for the integrity of the review process and for what is right. I asked for the report, they refused. They lied about producing the report. Now that they are being called to task, they tried to shut me up. As a Black, gay man who has spent his whole life fighting for civil and human rights, they cannot shut me up. Expect a legal challenge,” he warned.