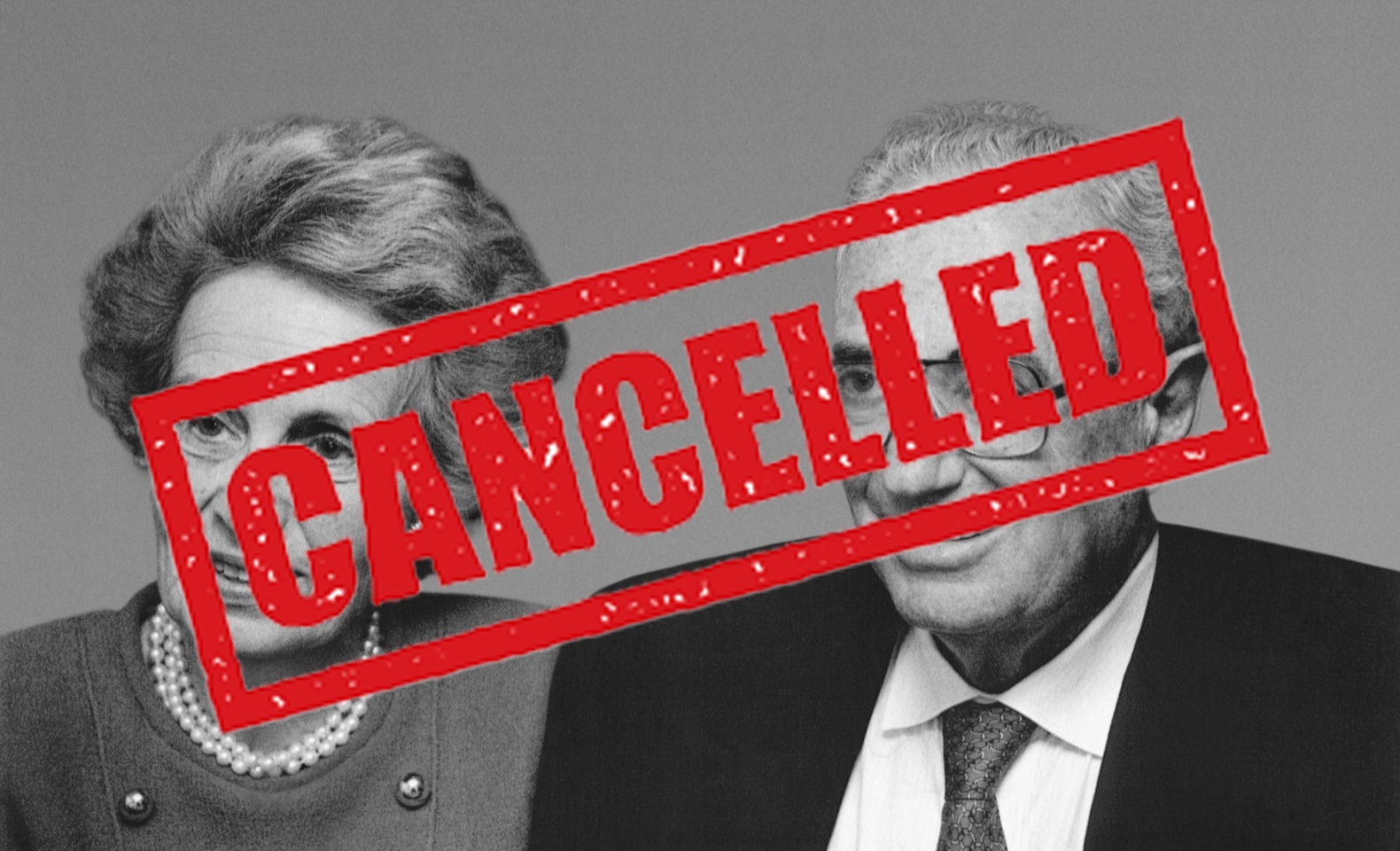 Evelyn and Walter Haas, Jr., who began their charitable fund in 1953

It seems the old adage, “No good deed goes unpunished,” is still very much applicable in 2022. A new and disgraceful tactic of cancel culture is emerging from the rabid leftists in the LGBT community. Once an organization gives a donation to their cause, that donation is expected in perpetuity, lest the alphabet mob perform a public flogging.

Earlier this week, the Advocate published an op-ed doing just that. In January, the Evelyn & Walter Haas, Jr. Fund announced it would be winding down their 21 years of philanthropy to LGBT causes. In a press release, the non-profit organization touted the milestones and victories for the LGBT community during those two decades including the right to marry and the right for gays to serve openly in the armed forces. The organization is confident that its more than $105 million in donations helped make those victories a reality.

The organization even provides reasons for changing the allocations of their funds. As it is based in San Francisco, the organization prefers to spend its money on issues closer to home, rather than on a national scale. The press release states, “Among our revised priorities: building a fairer, more representative democracy in California; advancing more humane approaches to immigration and expanding opportunities for immigrant youth and families in our state; and making higher education more affordable for lower-income California students.” As a current resident of California, I do not agree that these are the highest priority in a massively failing state with a homeless crisis and drug addiction epidemic. However, I do understand how an organization might feel the need to give money to these causes, and it has every right to do so.

In a clear move to placate the woke alphabet mob, the Haas Fund includes in its press release a section acknowledging its belief that there is still work to do. It cites supposed anti-LGBT legislation around the country pointing out that trans people are the newest victims. “LGBT people, particularly transgender Americans, are once again a target in the nation’s ‘culture wars,’ with an unprecedented number of anti-LGBT bills being introduced and passed in state legislatures,” the organization writes. The Haas Fund even goes as far as pledging an additional two years of funding for the LGBT causes including transitional support in the form of “unrestricted general operating grants and capacity-building support for fundraising and other priorities.” The organization is doing all it can to remain supportive to these vapid causes while shifting its priorities.

However, none of this is good enough for the “journalists” at the Advocate. The op-ed published this week states they intend to shame this philanthropic organization that has given vast amounts of money for over two decades. “[W]e are so shocked by the way in which the Evelyn & Walter Haas, Jr. Fund — a well-respected progressive foundation and major funder of LGBTQ+ issues — abruptly abandoned the LGBTQ+ movement. This kind of behavior is all too common and when foundations fail to adhere to basic standards they need to be called out,” the op-ed states. The piece continues with a disgraceful berating of the Haas Fund going as far as to say that it has a “heightened obligation to consider the impact of its decision on both the LGBTQ+ movement and on other funders.”

Allow me to clarify something to the Advocate. A grant is not an obligation. A grant is a gift. When the grantor of that gift decides not to give it again, that is his/her choice, and there is no explanation required. It may be appropriate to express disappointment over that decision, but to publicly condemn and rebuke someone who has given you so much in the past is the very definition of ungrateful and the height of distaste.

Furthermore, this rhetoric employed by the Advocate should alarm everyone. To view a gift of funds as an obligation is steeped in Marxist ideology. The notion that a wealthy entity is obliged to pay money to combat the imaginary plight of a small minority of a population is just another version of redistribution of wealth. The air of entitlement and the contempt for hard working and successful people is staggering, and the left is no longer trying to hide it. The Haas Fund is an openly progressive organization that from my estimation has towed the party line and used its large wallet to do so, but a slight deviation from the expected communistic rituals has led the left to eat its own.

This begs the question: Is this new type of cancel culture and bullying from LGBT activists going to become commonplace? If recent history is any indication, I would think so. As their causes become more alienating and absurd, I imagine other foundations and organizations will follow the Haas Fund’s lead. Public shaming and cries of homophobia will ensue. And mainstream support of the LGBT community will decline. The silver lining? More free-thinking LGBT conservatives will be emerge from the rubble of a community in ruin.

Related Topics:CaliforniaFrontFeaturedLGBTThe Advocate
Up Next