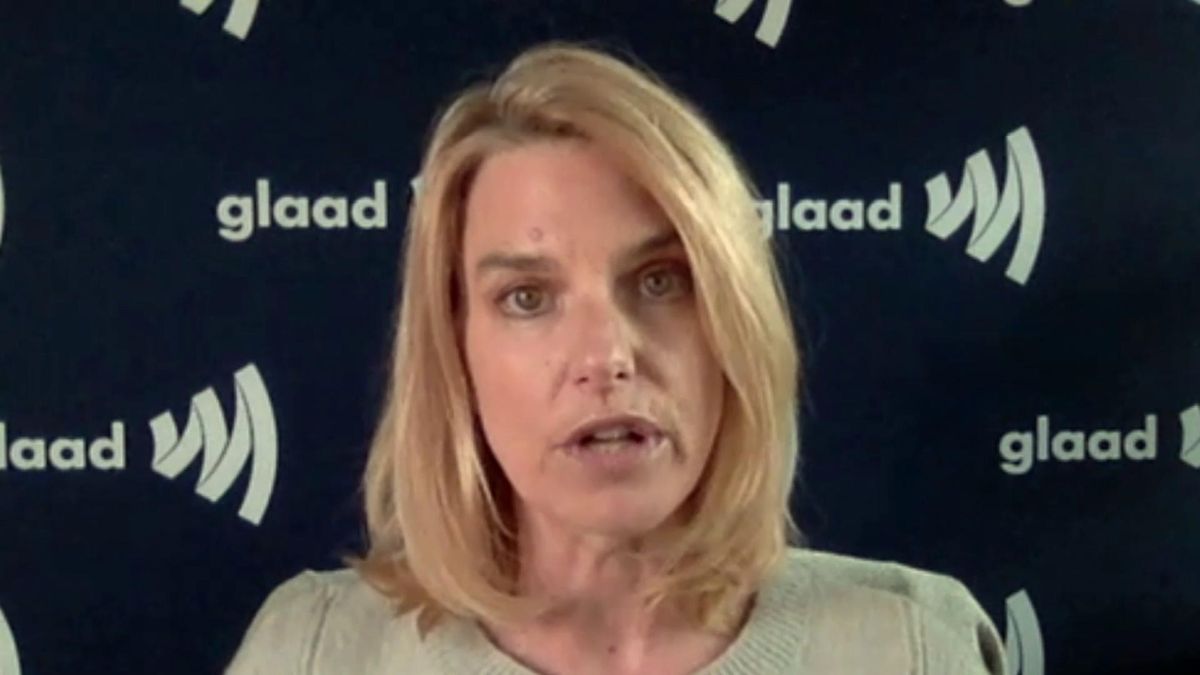 Last week, Sarah Kate Ellis, CEO and president of GLAAD, sat down for an interview with the Advocate to raise more alarms regarding last month’s historical overturning of Roe v Wade by the U.S. Supreme Court.

Par for the leftist playbook, she tugged at the heartstrings of identity politics by suggesting that abortion rights are inherently LGBT rights. “Whether or not you’re LGBTQ, female, trans, anyone who needs bodily autonomy, that has had it taken away or has had it policed by government, is in danger here,” Ellis said in the interview.

In reality, abortion is simply a fringe issue for the LGBT community, potentially affecting only a small part of it. Ellis and people of her ilk simply use the untruth as a rallying cry to urge a community of people to vote a certain way in the name of solidarity.

It rings as particularly hypocritical for Ellis to invoke fear over “bodily autonomy,” saying that one’s body is now “policed by government,” when the left continues to push for government mandated experimental vaccines. While evidence of Ellis or GLAAD speaking directly about vaccines is scant, she openly and directly advocates for people to vote for a party that instated the unconstitutional mandates in the first place.

Being gay, it appears, is only about the body–especially it’s carnal needs. During the interview, Ellis was asked about her fears for the future regarding the Obergefell v. Hodges decision on marriage equality. Right on cue, she stoked more anxiety that this decision would be next on the chopping block. Then, she took it one step further in a manner that degraded homosexuality to its core.

For Ellis, it’s all about sex. Ellis referenced another Supreme Court case that furthered LGBT rights in America, Lawrence v. Texas, which struck down laws prohibiting non-procreative sexual activity between two consenting adults. “I know there’s a lot of talk about marriage equality, and that’s because it’s been such a watershed moment in our society, but there would be no marriage equality if there wasn’t the Lawrence decision,” Ellis said.

She further adds, “If they go after Lawrence, which would criminalize being LGBTQ, there is no need to go after Obergefell… Once we are criminalized as citizens, whether or not we’re married is irrelevant at that moment in time.”

There are two disgusting and debasing fallacies in Ellis’s statements here. First, she insinuates that the Lawrence decision is somehow intrinsically linked to the Obergefell decision. The Lawrence decision may have opened the door for Obergefell, which is what her first statement hints at, however, she goes on to explain that this is not at all what she means. In the second part of her statement, she claims that by overturning Lawrence, then Obergefell does not actually matter. She is in essence saying sex is the central, defining, and most important aspect of a marriage. If the two people in a marriage cannot have sex, then there is no need for them to be married, she insists. I suppose in the Ellis household, the throw pillows and monogramed towels read “Sex is love” instead of “Love is love.”

While sex within a marriage is very important, within her argument that a sexless marriage is pointless, Ellis degrades homosexuality even further. She says that overturning the Lawrence decision would criminalize being LGBT. In other words, criminalizing gay sex is the same as locking a person up who is discovered to harbor same-sex attraction or have gender dysphoria. Ellis has reduced a large group of complex, beautiful people to the sexual activity they partake in. Someone needs to explain to her that “I’m just a hole, sir” is a foreplay figure of speech, not how we really identify. Well, at least not all of us.

While we can laugh at her ridiculousness, it is important to point out the reality and danger behind her worldview. For too long, LGB people have fought against the stigma of being over-sexualized deviants. We have the, now hackneyed, phrases like “Love is love” because we wanted to make it clear that a gay man’s love for a man can be just as romantic, passionate, and deep as a straight man’s love for his wife. And while Ellis calls herself a progressive, the implications of her words are regressive, disgusting, and degrading. Even though her words are measured, they are still reminiscent of the homophobia she pretends to combat.