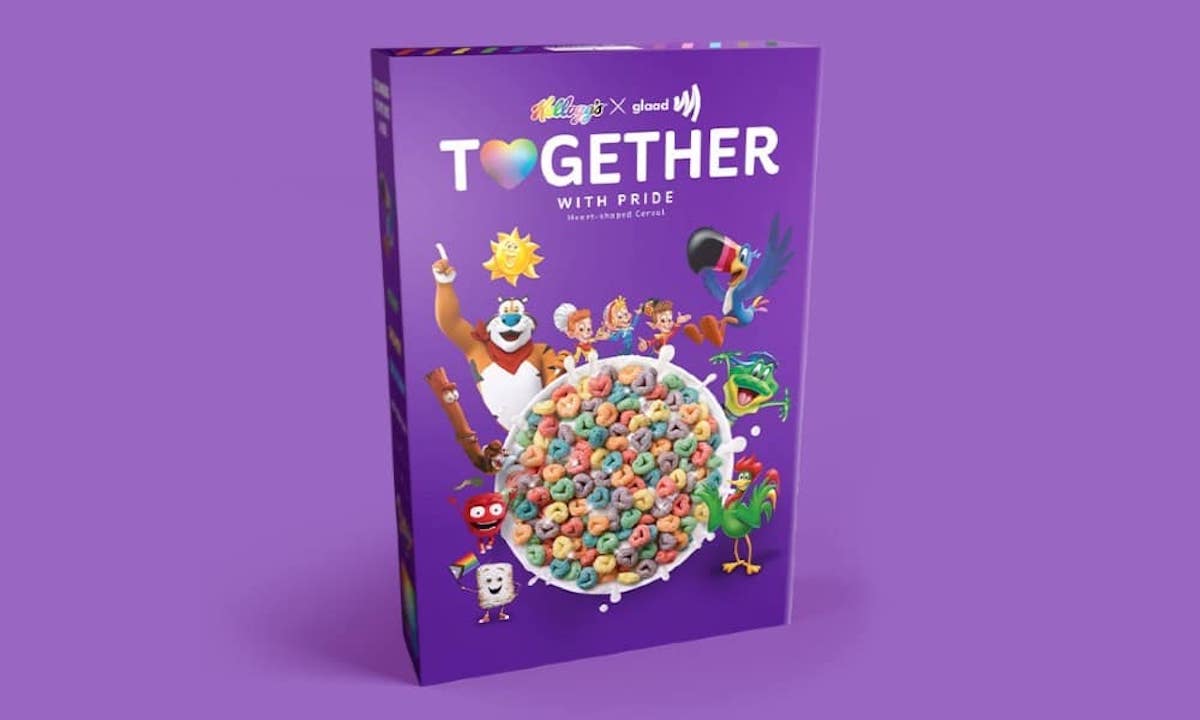 Food brand Kellogg’s is partnering with the Gay & Lesbian Alliance Against Defamation (GLAAD) to launch an LGBT-themed cereal in time for Pride month. The cereal, which is multi-colored and includes edible glitter, will be released in May and cost around $4 a box, with Kellogg’s donating $3 from each box to GLAAD “to support their efforts to accelerate LGBT+ rights,” reports Pink News.

However, Kellogg’s cozy relationship with far-left, LGBT-themed nonprofits such as GLAAD comes at a time when the company is making huge investments nations with some of the worst human rights records for LGBTs.

Kellogg’s has experienced an economic boom in its business in Egypt, with a total investment of about 7.2 billion Egyptian pounds, or roughly $458 million, reports Arab Finance, while Egypt continues to rank near the top of the most oppressive nations for LGBTs.

In 2013 Kellogg’s entered the Egyptian market and by 2015 had acquired two local food production companies, Mass Foods and Bisco Misr. “Expansion in emerging markets is one of the key focus areas for Kellogg’s,” said Kellogg’s CEO Steven Cahillane. “Our volume in emerging markets has increased by almost 80% in 2017 comparing to the previous five years. Our key acquisitions in Egypt with Bisco Misr and Mass Food have significantly contributed to this unprecedented growth.”

“Egypt is a growing market with a strong economy and is a proud part of our robust operations. We look forward to continuing to invest in Egypt and further deepen our strategic long-term partnerships,” he told the outlet.

Atrocities against LGBT citizens in Egypt are well-documented. A 2020 report from Human Rights Watch chronicled many instances of torture, beatings, and sexual violence perpetrated against LGBTs in the Arab nation. In Egypt, LGBTs were routinely targeted by state police for arbitrary arrests, harassment, privacy violations, and entrapment, according to the report.

Rasha Younes, LGBT rights researcher at Human Rights Watch, suggested the situation in Egypt is almost incomparable to anywhere else on earth. “Egyptian authorities seem to be competing for the worst record on rights violations against LGBT people in the region, while the international silence is appalling,” she stated.

That silence appears to include left-wing American LGBT nonprofits such as GLAAD and the Human Rights Campaign (HRC). Kellogg’s scored 100%, the highest possible ranking, on the Human Rights Campaign’s “Corporate Equality Index,” which HRC describes as “the national benchmarking tool on corporate policies, practices and benefits pertinent to lesbian, gay, bisexual, transgender and queer employees.” Kellogg’s also was included on HRC’s 2021 list of “Best Places to Work for LGBT Equality.”

Kellogg’s also has expanded investments in other parts of Africa. In 2015, Kellogg’s acquired 50 percent of Multipro, a premier sales and distribution company in Nigeria and Ghana, according to PR Newswire.

In 2014 Nigeria’s president at the time, Goodluck Jonathan, signed the “Same-Sex Marriage (Prohibition) Bill” (SSMPA) into law. According to Human Rights Watch, the name is extremely misleading as the law is much wider in scope.

“The law forbids any cohabitation between same-sex sexual partners and bans any ‘public show of same sex amorous relationship.’ The SSMPA imposes a 10-year prison sentence on anyone who ‘registers, operates or participates in gay clubs, societies and organization’ or ‘supports’ the activities of such organizations. Punishments are severe, ranging from 10 to 14 years in prison,” according to Human Rights Watch. “[T]he SSMPA effectively criminalizes lesbian, gay, bisexual, and transgender (LGBT) persons based on sexual orientation and gender identity.”

The Pride cereal, which features on the box the phrase “together with Pride” complete with a rainbow heart and all the Kellogg’s cereal mascots –“to celebrate everyone having a seat at the breakfast table together,” the company says — isn’t the first time Kellogg’s has partnered with GLAAD. In 2019, they also produced a limited online-only line of cereal called “All Together Cereal.”

Recently GLAAD, which reported a revenue of $19.4 million in 2018 tax filings, raised eyebrows by announcing the launch of its Accountability Project, a Stasi-style smear list of conservatives, libertarians, and Democrat party defectors the organization has deemed enemy combatants of leftism.

Earlier this month, GLAAD president and CEO Sarah Kate Ellis defended the Accountability Project during a speech at her organization’s glitzy, tuxedoed annual awards show, saying, “[W]hen a media outlet, anti-LGBTQ activist, or politician says or does something hateful to our community, we call it out. It’s not about shaming or cancelling anyone. It’s about using a moment to educate and create accountability,” she said.

“As we grow stronger and bigger, so does the opposition. They are in the halls of Congress. They are organizing on social media. They are on OAN, Newsmax, and Fox News. We need you to help us step on the gas. We are the global leader in accelerating acceptance and equality for LGBTQ people,” Ellis, who collects a salary from the nonprofit of $383,698 a year, continued.

In a statement about the partnership with GLAAD, Priscilla Koranteng, chief diversity officer for Kellogg’s stated, “At Kellogg, we are firmly committed to equality and inclusion in the workplace, marketplace and in the communities where we work and live.”

“We have long been allies and supporters of LGBTQ employees, their families and the community. For more than 100 years, Kellogg has nourished families so they can flourish and thrive, and the company continues to welcome everyone to the table,” she said.