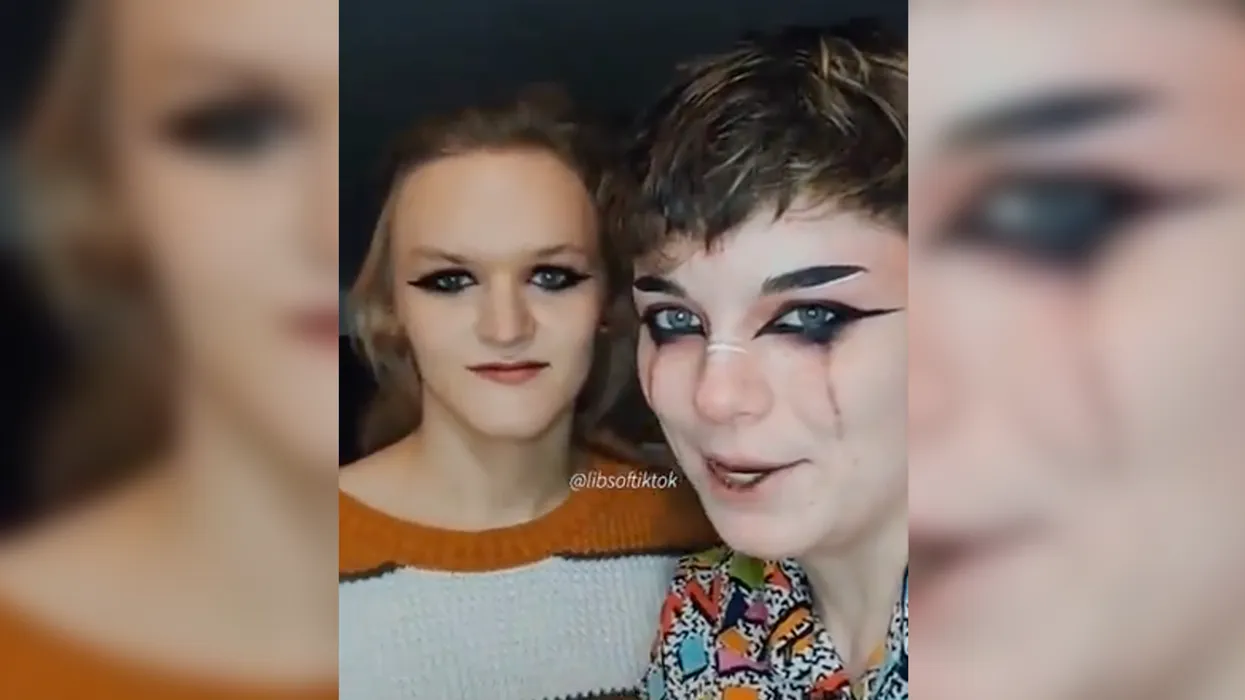 GLAAD has an advocacy problem. They think they need more of it, but the truth is, there may have already been too much. The leftwing organization’s Accelerating Acceptance report, released last week, highlights areas where the incredibly accepting American public still needs to be beaten into submission with regard to LGBTQ identities.

It’s not enough that most Americans are totally cool with lesbian, gay, and bisexual individuals and concepts, or that they’ve come a long way toward accepting the idea that boys and girls could have been born in the wrong body and are actually girls and boys, GLAAD wants total acquiescence to their growing gender identity program.

And let’s be clear, gender identity is what this is all about. Gay rights were already well-entrenched in American society before gender identity came along and made everything super confusing. Same-sex attraction, and the desire and rights of same-sex attracted people to live with full acceptance within American life was already pretty much universal. Sure, there were the holdouts, but for the most part, this was a non-issue to most Americans.

Where things get confusing, and where GLAAD is likely to focus its advocacy, is on gender identity. One look at the Accelerating Acceptance executive summary makes that plain. It’s not about rights and acceptance for same-sex attracted people, but for the rest of the letters in the LGBTQ alphabet soup. It has many variations, one of which, pushed by Canadian Prime Minister Justin Trudeau, is 2SLGBTQQIA, or Two-Spirit, lesbian, gay, bisexual, transgender, queer, questioning, intersex and asexual. Another version adds a second T, A and a P for transexual, ally and pansexual, while some have advocated for a K, for kink, to join the ranks.

The report is broken down into five sections where GLAAD sees an opportunity to ply Americans with more advocacy toward further acceptance of their ideology. GLAAD found that “people are increasingly aware and understanding of the LGBTQ community as multifaceted” and that “more people are expanding their understanding of gender.” These are of course net positives for GLAAD.

They also found, however, that “There is still significant confusion with conversations about gender identity and the LGBTQ community,” that many Americans are “uncomfortable with learning that their child has a lesson on LGBTQ history in school,” and that “LGBTQ people report experiencing discrimination at higher levels in 2021 than in 2020.”

It’s hard not to see these last three as at least somewhat related. The study shows that the number of Americans who are comfortable with the idea that there are more than two genders is over 60 percent, while those who find the new terms confusing is over 50 percent. Could it be that trying to convince yourself that biological reality and your own lived experience is false can be confusing?

In attempting to rewrite Americans’ understanding of reality and biology, GLAAD is going outside of its dictates. It is not in the furtherance of acceptance that GLAAD is pushing for people to disregard everything we know to date about being human, but in pursuit of lies.

No wonder Americans are confused. Additionally, trying to talk about 2SLGBTTQQIAAP concepts with 2SLGBTTQQIAAP advocates and ideologues is incredibly complicated, because it seems like activists are simply looking for reasons to be offended. Everyone is supposed to suddenly understand that it’s really, really important to know, accept, respect, acknowledge and advocate for a person’s Two Spirit, lesbian, gay, bisexual transgender, transsexual, queer, questioning, intersex, allied, asexual, pansexual identity, and to get their pronouns right. Failure to do so results in accusations of bigotry.

That fake bigotry is undoubtedly what is meant by “higher levels of discrimination.” If it perceived as bigoted and discriminatory to not understand or instantly jump on board a person’s attestations to being an allied transexual asexual questioning queer person who uses the pronouns xi/xir/xem pronouns, then for sure, discrimination has gone up. But in fact, that definition of discrimination is nonsensical.

GLAAD says that these higher levels of discrimination are attributable to the spate of laws recently passed protecting girls’ sports in many states, and preventing minors from being medically transitioned, or preventing schools from socially transitioning children without the knowledge of a parent.

It may be far more likely that this increase in perceived discrimination is based on the changing definition of “discrimination,” which has reached a point where if a person doesn’t use another’s preferred pronouns, up to and including things like it/its/itself or dem/demon/demonself or e/eir/eirself, that is considered to be discriminatory.

GLAAD is concerned that Americans aren’t all on board with LGBTQ history being taught in school, but it doesn’t define what that is. Are Americans upset about conversations about gay writers or gay rights movements, or are they concerned about far reaching critical gender theory that rewrites history through the lens of gender and sexual identity? I know which one most parents have concerns with, and it’s not James Baldwin or Oscar Wilde.

This leads GLAAD to call for further advocacy to demand that the entirety of the American public believe in their ideologies of gender identity and sexual orientation, the latter of which was already well on the way to receiving universal acceptance prior to the addition of the double Ts and all the rest of it.

As such, they call for even more visibility and advocacy for the LGBTQ community in multiple facets of society, and speak in glowing terms about the “opportunities for education” and their “redoubled commitment to advancing visibility and representation, particularly responsible and nuanced depictions of trans and nonbinary people, as well as the diversity of identities within the entire LGBTQ community.”

GLAAD’s advocacy, and the advocacy of other groups like it, has led to an ever-increasing definition of queer, and there are more 2SLGBTTQQIAAP Americans now than ever before. The acronym keeps extending for every newly discovered divergent identity, and Americans are simply told to believe it. If what GLAAD means by advocacy are simply more dictates and directions, it’s hard to believe that Americans will simply keep complying with lies forever.

Maybe GLAAD should aim for advocacy within the 2SLGBTTQQIAAP community and encourage those folx to have more tolerance for Americans who are cis heteronormative and believe in the accuracy of biological science.