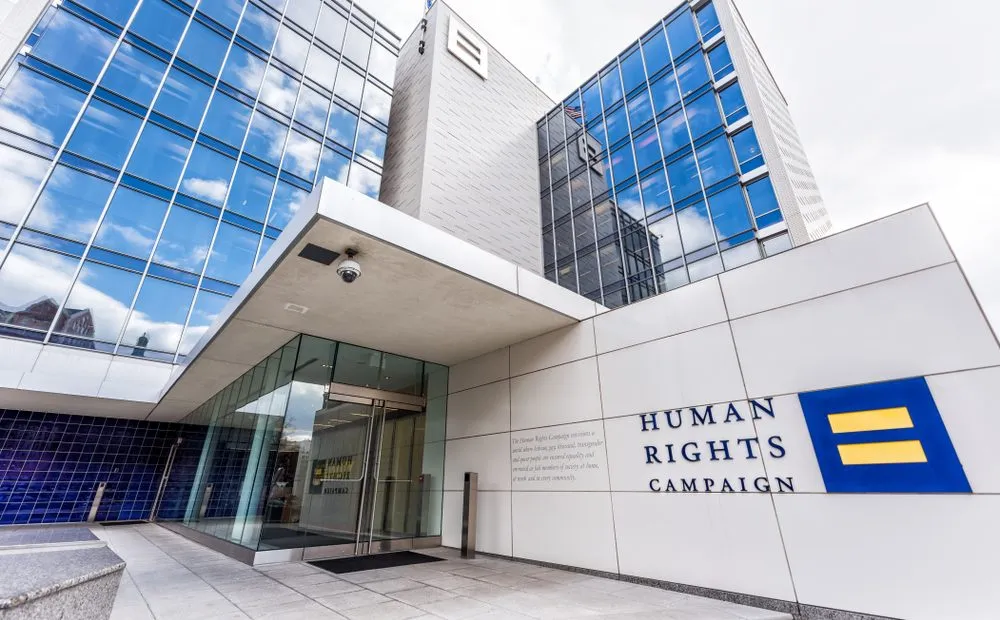 It is that time of year again when the Human Rights Campaign publishes their annual list of what appears to be corporate donors, or as they prefer to brand it, the “Corporate Equality Index.”

HRC claims this list denotes the who’s who of LGBT supportive companies in the world. These are the companies HRC wants the alphabet mob and their allies to support and work for so the companies can get richer and in turn donate back to HRC to further their radical progressive agenda.

The Corporate Equality Index is a scoring system of criteria that HRC has devised to determine how supportive a company is of the LGBT community and LGBT workers. This year 842 businesses scored a perfect 100% on the scoring index. While the scoring criteria and system are 20 years old, they have changed fairly drastically over the tenure of the process. In order to score a perfect 100%, HRC reasonably stipulates that a corporation must extend benefits to an employee’s same-sex spouse. On the other hand, with undoubtedly astronomical cost, another scoring criterion stipulates a company’s medical benefits must cover practically all expenses for a transgender employee to undergo transition including mental health treatments, surgical procedures, and extensive post-operation recuperation. This often racks up a bill in the hundreds of thousands of dollars.

Of the over 800 companies to receive a perfect score, many of them are international with employees all over the world. As part of their CEI report, HRC claims that in the last few years they have expanded their scoring procedures to include all international outlets of these corporations. “The Corporate Equality Index criteria were expanded to require that companies with global operations extend their nondiscrimination policies across all their operations,” the report states.

Unfortunately for the HRC, this statement reeks of unadulterated bullshit. The Middle East continues to be a dangerous and intolerant place for LGBT people in the world. Just this week two men were executed in Iran for being gay. Many of these companies celebrated by HRC have operations in the Middle East. Choice Hotels, for example, launched a development expansion of their brand in UAE and Saudi Arabia in 2016 which has continued to grow over the years; Pfizer has offices in Dubai and Cairo, Egypt; Coca-Cola has a factory in Al Ain City, UAE that services UAE and Oman.

All three of these companies scored a perfect 100% on the CEI. However, according to Human Dignity Trust, homosexuality and transgenderism is illegal in all of the countries mentioned above. These crimes are specifically punishable by death in UAE and Saudi Arabia and imprisonment in Egypt and Oman. A Pfizer employee manufacturing Covid vaccines in Dubai while suffering from gender dysphoria assuredly does not have the luxury of asking for medical benefits to undergo the long, difficult, and expensive process of transitioning. Similarly, a gay man working in a Clarion Suites Choice Hotel in Saudi Arabia is not adding his partner to his corporate benefits. Instead, these people are living in secrecy as their lives literally depend on it.

These are just three of the many companies to whom HRC is giving a pass. On the surface it sure seems that HRC is outright lying in their scoring and research of these corporations. The only caveat in HRC’s discussion of how they treat the scoring of the international sectors of these companies is relegated to a footnote, and even that footnote is vague and nebulous in meaning.

It briefly describes how HRC changes their criteria and language depending on the culture of the area of the world where the company’s derivative is located. “When working in different communities, we adjust our language to reflect local customs,” the end of the footnote reads.

When all is said and done, HRC is either lying by omission or shadily covering their asses with a non-transparent footnote. Either way, it is undeniable that an organization that claims to be fighting for LGBT rights is completely ignoring the atrocities being perpetrated against innocent people in the Middle East. They champion these corporations as bastions of diversity and inclusion in hopes of securing their donations, but they remain silent while the LGBT community of the Middle East lives in abject fear and secrecy.

With basic equality and acceptance secured in the United States, many in the LGBT conservative movement are trying to shed light on the injustices and act as a voice for our friends in the Middle East who do not yet have basic human rights. Outspoken Middle East launched in November 2021 to bring awareness to their cause, and Outspoken has called out the HRC on their silence in the past. As we continue to hold their feet to the fire and show them what is happening to LGBT people in other parts of the world, they will eventually have to acknowledge what is in front of their faces.

Is the Human Rights Campaign racist?

How GLAAD manufactures discrimination by expanding the alphabet