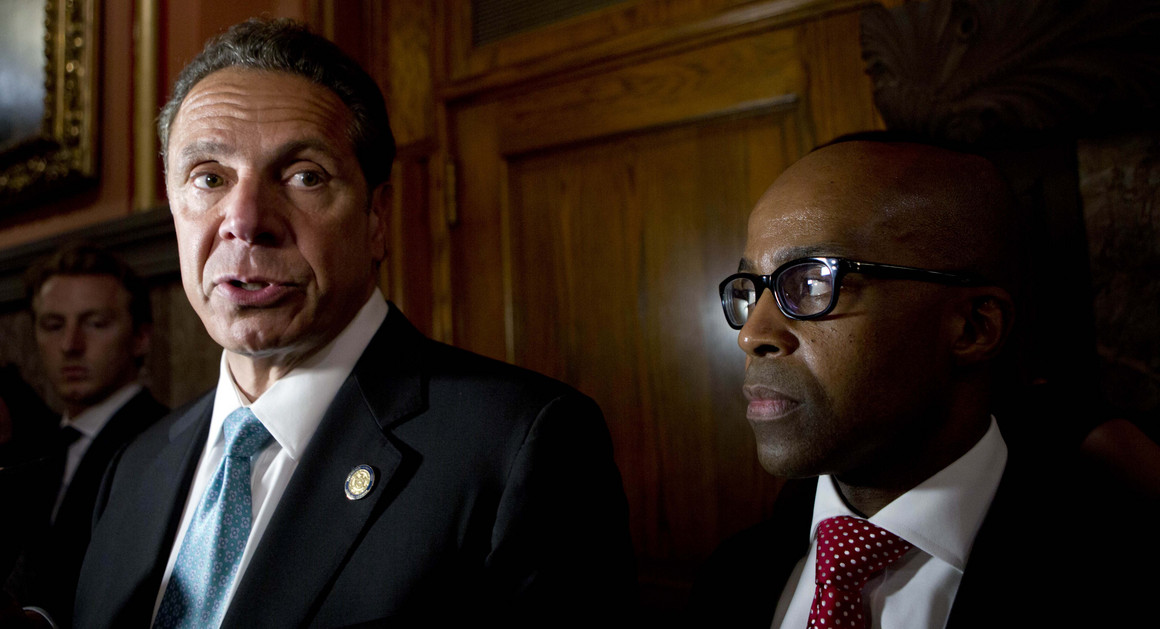 Despite claims amassed in a report compiled by the New York attorney general’s office alleging the president of the Human Rights Campaign, Alphonso David, colluded to smear women accusing New York governor Andrew Cuomo of sexual misconduct, the organization has officially come out in support of David and even extended his contract in the position for another five years.

LGBT news outlets also came to the rescue of the embattled HRC president despite documentation of unethical and improper conduct that surfaced Tuesday.

Outspoken previously reported on the alleged involvement of David in a smear campaign to discredit a former employee in Cuomo’s office who accused the governor of sexual harassment.

Chris Johnson, White House reporter for the Washington Blade, tweeted a portion of a statement from the Chair of the HRC Foundation Board of Directors, Jodie Patterson. “Human Rights Campaign board chairs tell me today, in response to an inquiry on the NY AG report, they have ‘full confidence’ in Alphonso David and his contract has been renewed. ‘We were proud to extend his contract to stay on in his role for five more years,’” the tweet read.

The tweet included a screenshot of part of the correspondence from Patterson. The excerpt not only expresses the organization’s support for David, but extends praise on him for his “extraordinary leadership during extremely challenging times.” The statement goes on to say, “For the last two years he has been boldly leading the organization as it works to achieve its mission: full equality for all LGBT people, in the midst of a global pandemic, a nationwide reckoning on social justice, and the most important presidential election of our lifetimes.”

The organization has not directly addressed the damning implications made against David in the New York attorney general’s report. David appeared to respond to the scandal in a tweet urging Cuomo to resign, possibly to shift attention from him and back on the governor. “After reading the AG’s devastating report that concluded Gov. Cuomo engaged in a pattern of sexual harassment, in violation of both federal and state law, he should resign,” David tweeted on Tuesday.

In lieu of making a public statement, David spoke to the Blade about the allegations. According to the outlet, David is “standing firm in denying any wrongdoing.” He further claims that when the governor’s accusers first came forward earlier in the year, he assured the board of HRC of his ignorance in the matter.

One of the unethical claims against David entails the sharing of a confidential personnel file regarding Lindsey Boylan, one of the governor’s original accusers. David had retained the file from his time working as legal counsel for the governor. After Boylan started accusing the governor on Twitter, two staff members from the office requested Boylan’s file from David.

David told the Blade that he was obligated to turn over the confidential file saying, “After initially being unable to find the file, the Governor’s office requested a copy of the electronic memo from me which I provided (as I am required to do as a former counsel).”

However, the attorney general’s report claims that David testified the only reason he still had the file was to serve as a sort of memory of his work in the governor’s office. The report reads, “Mr. David testified that he kept with him a copy of Ms. Boylan’s files because it ‘may have been the only instance where [he] was actually involved in a counseling of an employee when [he] was in the Executive Chamber.’ It remains unclear why David gave this reason for keeping the file if he is now contending that he had a legal obligation to do so.

The attorney general’s report also tied David to an unpublished op-ed smear piece against Boylan. The letter was intended as a way to discredit and personally attack the accuser and David was implicated in its creation, according to the report. David addressed this allegation with the Blade claiming that the governor’s office “had reached out to many former employees requesting that we sign a letter supporting the Governor and the office.” David says that he “declined to sign the letter and it was never released.”

However, that is not the full story. Both David and the Blade left off a crucial aspect of the letter that the attorney general’s report mentioned. David read drafts of the letter and knew the contents. While did not feel comfortable signing his name to it, he was willing to ask others to sign it, according to the report. “Mr. David testified that he told Ms. DeRosa that he was not signing the letter but was willing to reach out to others to see if they would sign it,” the report reads. This implies that David knew the letter was damaging and unethical, and he did not feel comfortable putting his name on it. However, it suggests he was willing to help the governor’s office find others to sign it, therefore condoning the action of smearing Boylan’s name as long as his hands remained clean.

After the news of David’s involvement in the controversy broke, countless calls for his resignation from the HRC presidency rang out through social media.

California Globe contributor Joel Brizée tweeted, “Bro… look in the mirror. You smeared Cuomo’s accuser and tried to cover for him. You should resign.”

The New York chapter of the Log Cabin Republicans also called for David’s resignation citing specifically the release of Boylan’s personal and confidential information. “#CuomoMustResign and @AlphonsoDavid the President of @HRC must resign as well. Doxxing victims is disgusting and should not be tolerated by any organization that claims to be working for human rights causes,” the organization stated.

The national leadership of the Log Cabin Republicans, the nation’s largest conservative LGBT rights group and a partial sponsor of Outspoken, also called on David to step down.

“It should disturb every corporate donor to the HRC that its president Alphonso David colluded with Governor Cuomo to smear one of the women Cuomo sexually harassed. Alphonso David’s behavior is disqualifying and he should resign immediately, but the fault doesn’t just lie with him,” the organization wrote in a statement.

“The Human Rights Campaign markets itself as champions for LGBT Americans. In reality, it champions left-wing Democrats–apparently even those guilty of sexual harassment–and bullies anyone who gets in their way. This latest report is not surprising to anyone who has actually paid attention to the Human Rights Campaign’s horrendously leftist partisan record. But it should be a wake-up call to Americans that corporations like Disney, Apple, Hyatt, and countless others write checks to the HRC while its president smears victims of sexual harassment. Next time corporations donate money to the Human Rights Campaign, they can stop deceiving their customers that they’re supporting LGBT Americans. They’re supporting radical and corrupt left-wing politicians.”

Related Topics:Andrew CuomoFrontFeaturedHRCLGBT
Up Next