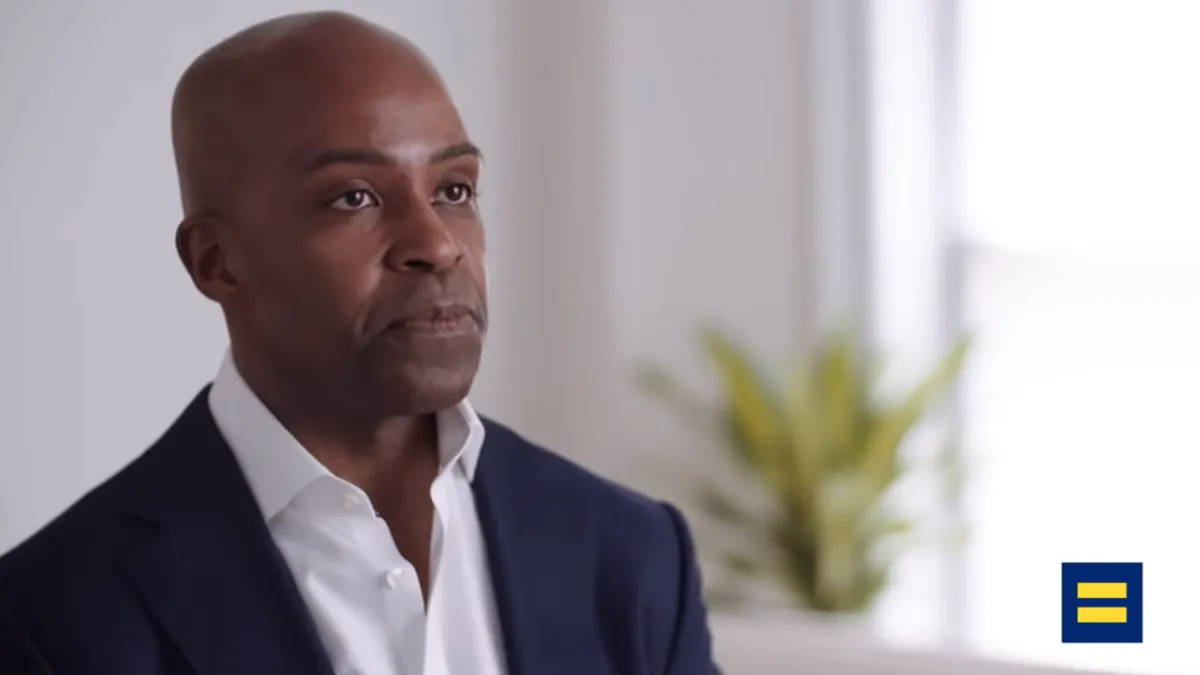 In the summer of 2021, the former president of the Human Rights Campaign, Alphonso David, was found to be ensconced in the sexual harassment scandal of disgraced former New York Gov. Andrew Cuomo. At the time, Outspoken continuously reported on the saga as it unfolded. According to a detailed report released by New York Attorney General Letitia James, David committed some egregiously unethical acts including helping to discredit and smear the name of an alleged sexual harassment victim of Cuomo.

It was all made worse by the fact that David was a former Cuomo advisor. Under his leadership, HRC also endorsed Cuomo for governor in 2018 over a progressive, openly gay candidate–actress Cynthia Nixon.

Right when the lid was about to blow, the HRC board laid out a gift on a silver platter for David, offering him a quiet resignation over Labor Day weekend. The response internally to his involvement in the Cuomo scandal transformed the HRC into a pressure cooker of resentful and enraged employees calling for David’s resignation. But like a petulant child kicking and screaming as his toys were taken away, David refused to go quietly leaving the HRC no choice but to can him.

David immediately consulted the racial grievance playbook, and he predictably cried racism to any media outlet who would listen. After a few months of licking his wounds and concocting a 16-page lawsuit, David is suing HRC on five separate counts. One count claims HRC breached his contract while the other four call racial bias. David contends he is being treated differently because of his skin color, claiming that his predecessor, a white man, was not fired amid his own scandals. Surprisingly, I agree with David, but on very different terms.

David may have indeed been treated differently by HRC due to his skin color–perhaps it afforded him preferential treatment. If a white man were in his position and implicated in the unethical transfer of confidential information in order to smear the name and reputation of a sexual harassment victim, he would have been fired the very next day. David, instead, quite literally got a pat on the back and a ringing endorsement. Immediately after the scandal broke, the HRC board extended David’s contract by five years. The HRC seemed proud to have their first black president and rightly so. They did everything in their power to keep him in that position despite the scandal he was linked to.

In his lawsuit, David claims racial injustice over the false equivalence that his white predecessor was never fired despite having a few scandals on his watch. The lawsuit describes these “scandals” in what amounts to internal tensions and squabbles at HRC. Shitty workplace politics is a far cry from being wrapped up in aiding a governor in diffusing his sexual misconduct accusations by maligning one of his alleged victims.

David further claimed, both in his original post-firing interview as well as in the lawsuit, that HRC is an organization predominantly for white men. It’s a laughable assertion if it were not so offensive. As a white gay man, not only do I not feel represented by the current instantiation of HRC, I feel outright discarded. Yes, gay men in America have it as good as we can hope for. We no longer need an organization like HRC fighting for our equality, but HRC has instead made us the enemy. They seem to have bought into the critical gender nonsense and manufactured an epidemic of trans and non-binary issues that if one does not accept as gospel, he is bullied and labeled transphobic.

They almost exclusively champion trans and non-binary people of color, arguably one of the smallest subset of citizens in the United States, but they ignore homosexual Muslims being slaughtered around the world. They remain silent about the ineptitude of Democrat politicians whose pockets they lined putting gay Afghans in mortal danger as the Taliban regained control of Afghanistan. Instead, they deflected their fundraising apparatus and faux-outrage toward a murdered black trans sex worker who’s tragic death was more than likely the result of a payment squabble and not a hate crime. I simply do not buy the notion that HRC has some deep-seated anti-black racism.

Moreover, in a bizarre case of misplaced blame, part of David’s lawsuit claims that HRC’s actions “permanently damaged his career and hampered his future employment opportunities” and caused David to suffer a “loss of reputation.” HRC bent over backwards to keep David in his position and would have nothing to gain by maligning his name. David’s own unethical actions sullied his name and reputation. If he is so adamant about being innocent of wrongdoing, he would sue the state of New York and the Attorney General’s Office for issuing the report that directly led to his “loss of reputation” and damage to his career. But he has remained silent on that.

The most telling, and to me the most amusing, part of the lawsuit was saved for the final page. After pages of whiney, neurotic claims of victimization, after demonizing HRC as a racist organization that allegedly viewed him as lesser due to his skin color, one of David’s stipulations for relief is that HRC “reinstate Plaintiff to his former position.”

Either David is suffering from Stockholm Syndrome, or he does not believe his own cries of racism. That one phrase discredits almost his entire lawsuit in my eyes. Why would you want to work in an environment that shows you animosity due to your skin color? Why would David demand to reenter an abusive relationship with HRC? In short, you wouldn’t and he doesn’t. The lawsuit seems nothing more than a fabrication aimed at regaining David his position of power and glory, the things he undoubtedly misses and craves the most.

In a situation where rabid progressives attack each other, any outcome is a win for the right. If the case is dismissed, perhaps David could apply for a position at CNN, which is always eager for more Democrat operatives. But considering Chris Cuomo was recently fired for involvement in the same scandal, that seems like a non-starter.

If HRC loses, the disgraced organization of activists is then forced to carry around the scarlet letter R of racism. In this scenario, David would be back at the helm leading a swath of employees who clamored for his firing in the first place. The resulting intra-company disfunction might render the organization ineffectual at pushing their radical agenda. If David truly cared about the organization, its employees, its reputation, and the work that it does, he would not be pushing for this outcome. He either does not care, or his foresight is too clouded by his ruthless ego. However it plays out, it’s going to leave a mess of ruined careers and resentfulness in its wake. All that’s left to do is sit back and grab the popcorn.