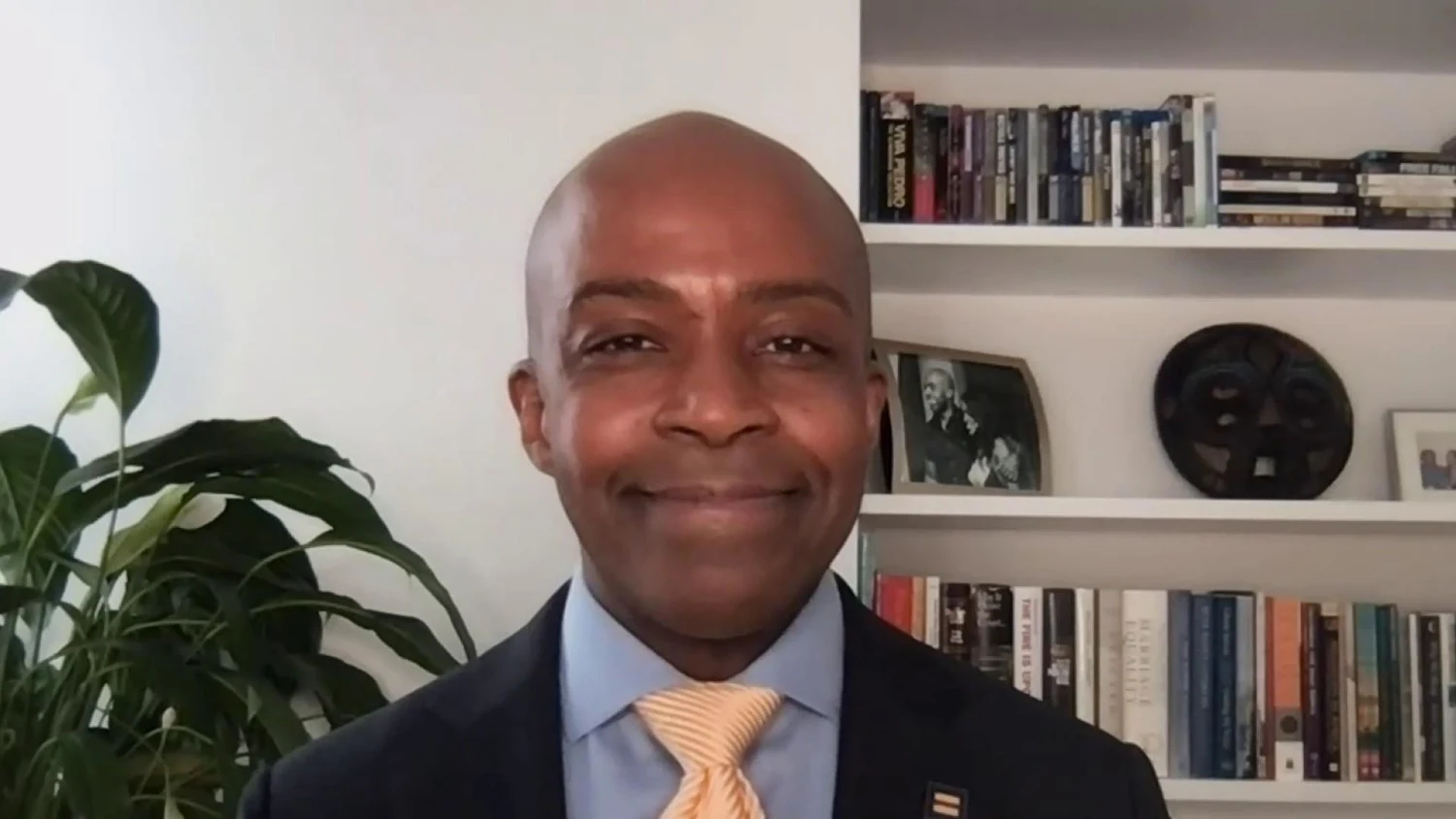 Former Human Rights Campaign president Alphonso David, who was fired last week due to his involvement in the Cuomo sexual harassment scandal, is now accusing HRC’s board of racism.

David was the first black man to hold the prestigious position. Appearing on The Sunday Show With Jonathan Capehart on MSNBC this past Sunday David claimed he would have been treated differently if he had been a white man.

“This organization was created in the 1980s and largely has been viewed as an organization for white men,” David told Capehart during the interview. “And I came on, as a black man, to really challenge some of the systems that have been ingrained in this institution, and I am being treated this way — I am being treated differently, I believe — because of my race.”

Pushing the racism allegations even further, David said that there have been white HRC presidents in the past whose actions and words have sparked protests against the organization, but they were never fired. However, David fails to mention specific examples. The Advocate’s report claims that in previous years, trans activists would protest the organization because they felt excluded and that their interests were not at the heart of the organization’s advocacy. These protesters were from outside of the organization. David’s alleged wrongdoings and unethical behavior prompted internal strife at HRC as employees continuously called for his resignation.

Back in August, David was implicated in unethical behavior in the formal report issued by the Attorney General of New York on the sexual misconduct of disgraced former Democrat Gov. Andrew Cuomo. The report alleged that David held onto confidential files of one of Cuomo’s accusers and helped former Cuomo aides in distributing a scathing letter that sought to discredit the sexual harassment victim.

HRC asked the law firm Sidley Austin, a long-time friend and partner of the organization, to conduct an internal investigation on David’s possible misconduct. It is not clear if the investigation was ever complete or, if it was, what exactly the law firm found. David is claiming that the co-chairs of the HRC board have not been transparent with their findings.

According to the Advocate, David told Capehart that the board claimed the Sidley Austin investigation was verbal and not a written document. Due to the lack of a physical report, David assumes the board conducted their own investigation and not Sidley Austin, claiming that they have changed the rules because he is a black man. “We can’t apply transparency only to white people,” David said during the interview, “we have to make sure we apply transparency to all of us. That’s what’s important, that’s what I’m fighting for.”

When the HRC board made the decision to fire David over the Labor Day weekend, they issued a formal statement claiming that David “acted counter to HRC’s values, mission, policies, and how we believe accusers and survivors of sexual assault and harassment should be treated.” However, the board never divulged what their source of evidence was to make the final decision to fire David.