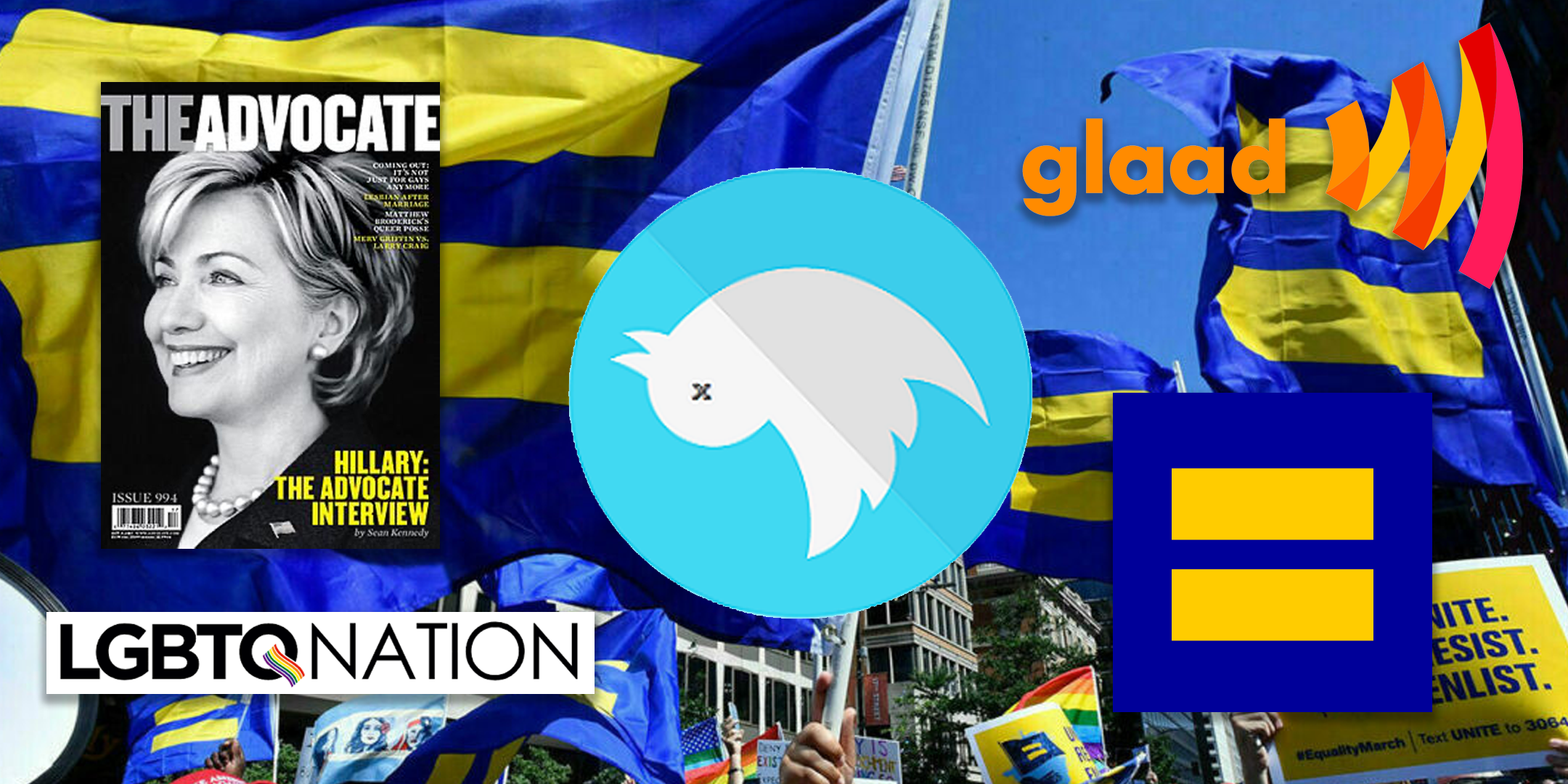 The audit, done thanks to the tech company SparkToro, is one of many services offered by the company and uses several factors to determine the likelihood that an account is fake. “Fake Followers Audit looks at 25+ factors correlated with spam/bot/low quality accounts to return a percentage of followers that are thought to be fake,” the company’s website says.

Using SparkToro’s same algorithm and tool, an audit conducted by Outspoken in late May of leftist LGBT nonprofits like GLAAD and HRC shows an abysmal lack of enthusiasm for those accounts, and their message, on social media. The data is even more striking when compared to the Log Cabin Republicans, the conservative LGBT group which operates and runs Outspoken.

GLAAD has over 105,000 fake followers, and HRC has over 177,000, according to the audit. By comparison, Log Cabin’s Twitter account has only about 6,000 fake followers. Proportionately, Log Cabin–which has a much smaller total follower count–racked up fake followers at a lower rate than both GLAAD and HRC, but most likely within the margin of error.

However, the amount of fake followers is just one metric. Many have noticed over the years that while these leftist LGBT cults’ Twitter accounts boast the little blue verified checks and hundreds of thousands of followers, they get seriously low engagement. In other words, almost no one is liking or retweeting their content. What good is a high follower count if none of those followers enjoy or appreciate your content?

SparkToro has another tool that scores an account based on users’ engagement with it. “Raw follower counts is a vanity metric. In our data, accounts with 10X the followers will often have 1/10th the reach of a smaller, but highly-engaged-with account. Biasing your outreach efforts or comparisons based on these numbers is folly. There’s a better way: measure interaction and engagement,” the company’s website reads.

SparkToro’s engagement scoring system gave GLAAD a pathetic showing of 28. HRC ranked slightly better, with a score of 60. Leftist gay magazine The Advocate came in at a sad 26 and leftist gay blog LGBTQ Nation sputtered out at a paltry 13. By comparison, Outspoken‘s engagement score was 78 and Log Cabin Republicans hit a whopping 80. Compared to similar accounts ranked by SparkToro, Outspoken and Log Cabin Republicans both have an astronomical level of engagement compared to other accounts of similar size, reporting more than ten times the engagement on content.

The differences in these statistics are staggering. As is readily apparent, the engagement scores of both Outspoken and Log Cabin Republicans far surpass all of the leftist accounts with only HRC coming anywhere close. Both leftist publications show likes and retweets much lower than other Twitter accounts with a similar number of followers. Outspoken, on the other hand, shows over 12 times more likes than similar accounts and almost eight times more retweets.

This begs the question: Why is content produced by these highly-followed accounts blatantly ignored by even their real followers? One reason may relate to a concept I have written about before for this publication—collective illusions.

Collective illusion is a psychological phenomenon in which one member of a group will hold fast to a belief he/she feels obligated to have because it is a sincerely held belief of the group to which he/she belongs. One can actually be convinced that something false or immoral is true and righteous solely because their collective group appears to believe it. Many LGBT people subscribe to this notion of “community” and collectivism, but, when pressed, express concerns with some of the more radical topics being pushed.

These people will literally “follow” the group and collective by following these activist and sanctimonious accounts on Twitter in the name of “community support” and obligation because that’s what a “good gay” does. However, they are not engaging or sharing the material and content being produced perhaps because they do not necessarily agree with it. If they don’t agree wholeheartedly with the message, they will not share it or promote it on their own accounts.

Another, perhaps more plausible, reason for the higher engagement with the conservative accounts studied here may have to do with censorship. When something is censored or banned, it often becomes more popular and more widely disseminated. We have seen this happen with banned books. As soon as people are told they cannot or should not read something, they, either out of defiance or morbid curiosity, immediately find a means to check out that banned thing.

It is possible we are seeing something similar happen to conservative voices on social media. As the tech giants crack down on these voices by censoring them, banning their accounts, or labeling posts as “misinformation” or “disinformation,” the natural effect is for those being silenced to come back with a roar. In doing so, they come back louder than before with more vim and vigor to share other content from similar voices. Since the left’s voice is so prolific and omnipresent on Twitter, people view those posts as safeguarded and in no danger of being removed or censored.

Recent court cases have reaffirmed Twitter’s right as a private company to censor, remove, and/or “fact check” content as they see fit. However, it seems Twitter’s game is backfiring. As the tech behemoth seeks to silence conservative voices, censorship may only encourage targeted accounts to stick together and fight back for one another by sharing each other’s views, voices, and facts.

So by all means, let Twitter stick to their modus operandi, allowing our popularity, engagement, and reach to continue to grow.