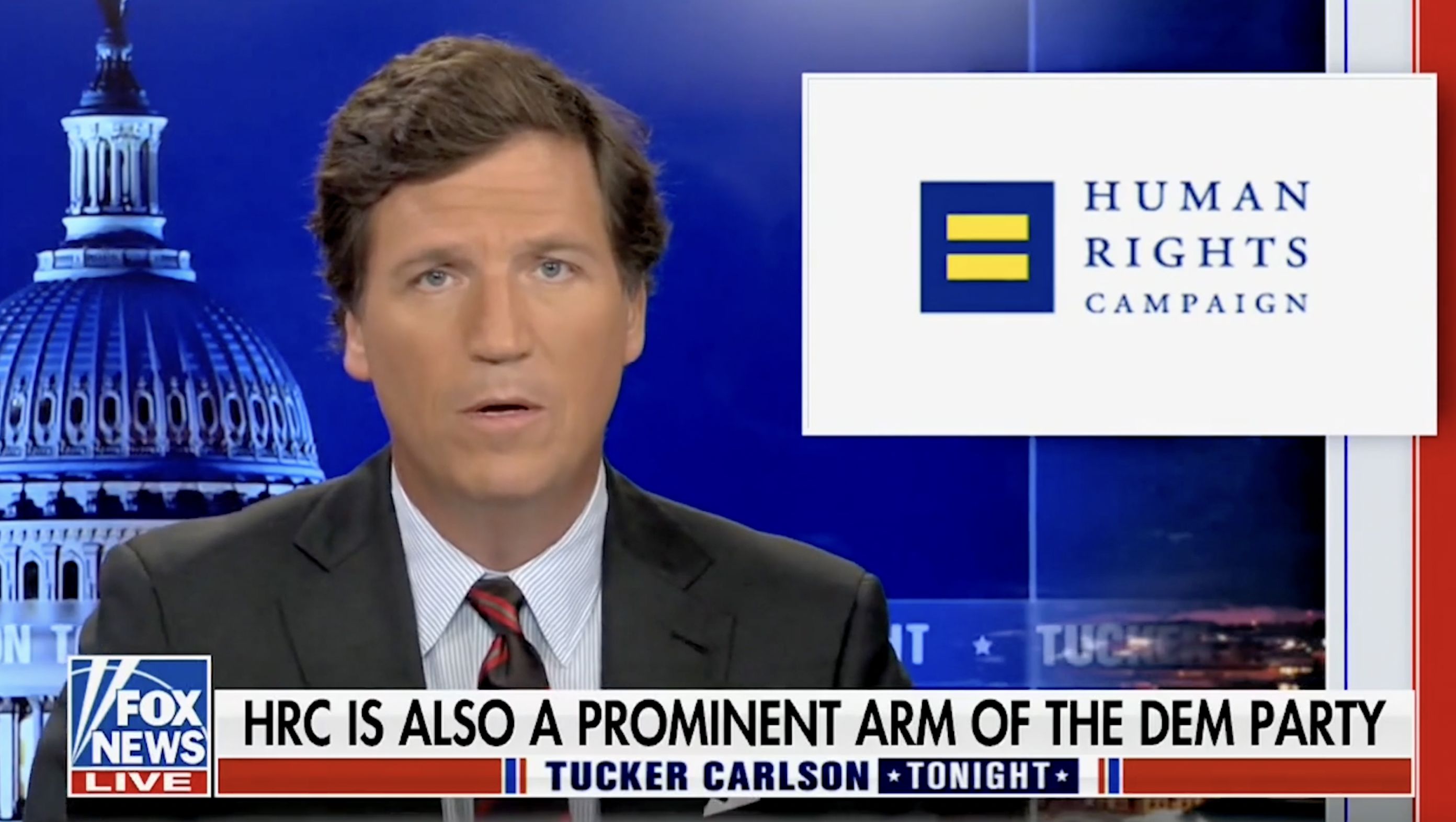 On Monday’s broadcast of Tucker Carlson Tonight, the Fox News host broke down what, exactly, is behind the sudden and extensive push for transgender education in schools. After gay marriage passed, the heavily-funded Human Rights Campaign–with its $54 million annual budget and shiny office tower in downtown Washington, D.C.–needed to invent a new reason to exist. Americans are now caught in the middle of HRC’s fundraising wars, with dire consequences for students, parents, and the education system.

Following the monologue, Carlson was joined by Florida Governor Ron DeSantis to discuss the backlash from corporations that fund HRC against his state’s Parental Rights in Education bill.

Watch the full clip, below

Related Topics:EducationFloridaFrontFeaturedHRCLGBTTransgenderTucker Carlson
Up Next

As gay rights become ubiquitous, the Left’s new tactic is to shame donors who reallocate funds