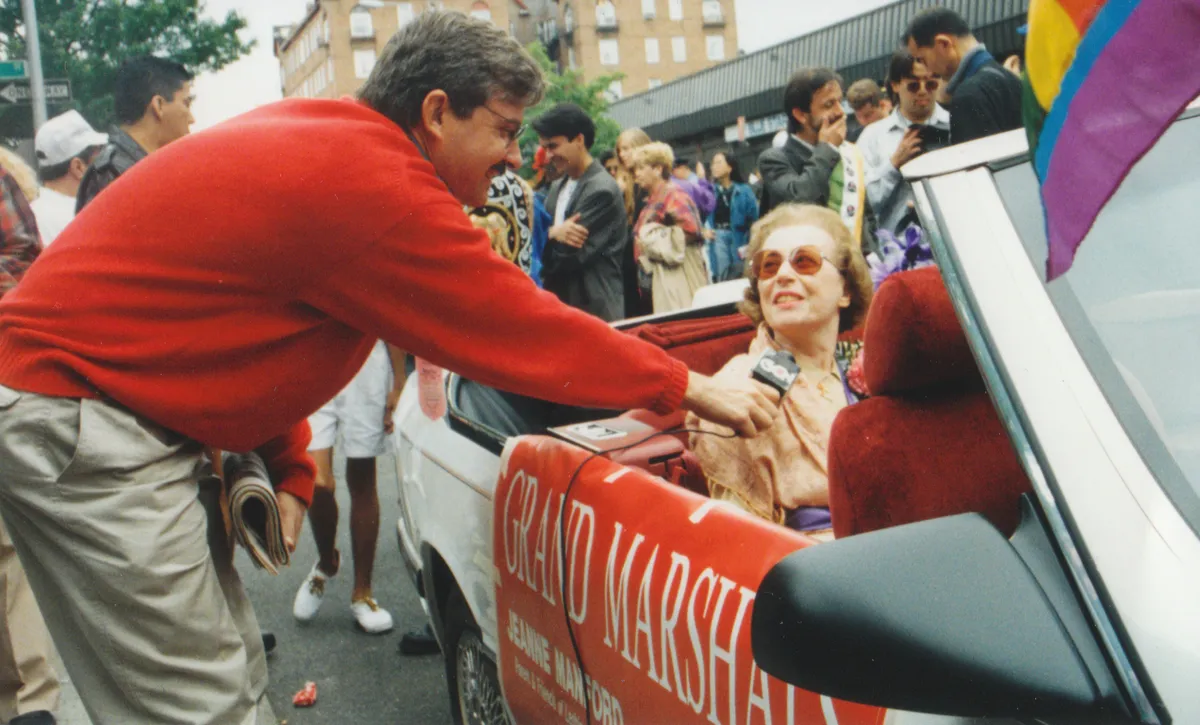 Jeanne Manford and her husband, Jules, made history.

Back in 1972, long before it was fashionable, they kick-started a media firestorm when their gay son, Charles, was violently attacked in New York City for protesting the lack of LGBT rights.

Outraged at the brutality inflicted upon him–he was stomped on and kicked as cops looked away–they went public with their outrage, writing a damning letter to the New York Post.

The missive, which publicly identified them as proud parents of a gay child, was ground-breaking. In fact, it was so unprecedented that it went ‘viral’ by old-school metrics.

This was brave. At the time, homosexuality was still a highly contentious issue – there was little public sympathy and most politicians–plus their voters–viewed the community with contempt. Even the American Psychiatric Association still included homosexuality on its list of mental disorders.

But that didn’t stop the Manfords. Determined to make a lasting difference, they soon started the PFLAG organization (Parents and Families of Lesbians and Gays), which offered crucial support to relatives of gay people.

The organization held its first meeting in 1973 and was so popular it went national in 1982.

Sadly, the Manfords both died in the years that followed, but their work continues to live on. PFLAG remains a much-needed resource to many and, in 2012, the couple was posthumously awarded the Presidential Citizens Medal by Barack Obama. The second-highest civilian award given by the United States, it recognizes “exemplary deeds of service for their country and their fellow citizens.”

Five years later, in 2017, the U.S. Post Office made their own public gesture: they dedicated their Jackson Heights Station branch to the Manfords. It honored a well-respected, local couple who helped effectuate national, if not international, change. And it was exactly what they deserved.

Unfortunately, this fitting gesture may soon be undone if U.S. Rep. Alexandria Ocasio-Cortez gets her way.

Earlier this week, the 32-year-old suggested removing any reference of the Manfords from the Jackson Heights Post Office. Instead, she wants it to honor a more fashionable ally –the late trans activist, Lorena Borjas, who died in 2020.

Unsurprisingly, this has sparked outrage by locals who see it as disrespectful of the Mandords’ legacy.

“Is it that she [AOC] doesn’t know our history?” former New York City Council member Daniel Dromm told the New York Daily News. “Did she not check to see who the post office is named after right now? Does she not know who Jeanne Manford was?”

“How dare she [AOC] put our community’s heritage up for a popularity contest,” he told the Daily News.

Naturally, AOC’s camp clapped back, arguing that she’s merely putting the option to a public vote. But who on Earth is she kidding? Certainly not me.

After all, this isn’t about Borjas. It’s not even about the Manfords. It’s solely about AOC and her public image. Or, rather, her public record.

Since her stratospheric rise to power in 2019, the Democrat ‘star’ hasn’t actually done very much for her local district in Queens. Sure, there have been plenty of ‘woke’ tweets and press interviews in which she self-aggrandizes about being the youngest female elected to congress, yet that’s where it ends.

She hasn’t actually passed a single law that benefits her constituents. Not one.

If you think that’s likely to change any time soon, think again. AOC seems to be modeling her career on that of Bernie Sanders, who has also never passed a single piece of legislation that helps Vermonters. And he’s been a career politician for forty years.

AOC is more than happy to follow his lead. That’s why she’s embarking on something, anything, that will distract people from her lack of significant contribution.

By renaming the Post Office, AOC is appealing to a younger demographic of voters who recognize Borjas’s story – and likely don’t know the essential groundwork done by Jeanne Manford.

This will make AOC look deserving of her constituency’s support, not to mention her $174,000 congressional salary, but it’s a cheap trick.

Don’t get me wrong, Borjas did some good stuff – her work saw her dubbed the mother of the transgender Latinx community in New York. But, by erasing the Manfords, AOC is squandering their hard-fought history for her own gain.

Without lifting a finger in the process.