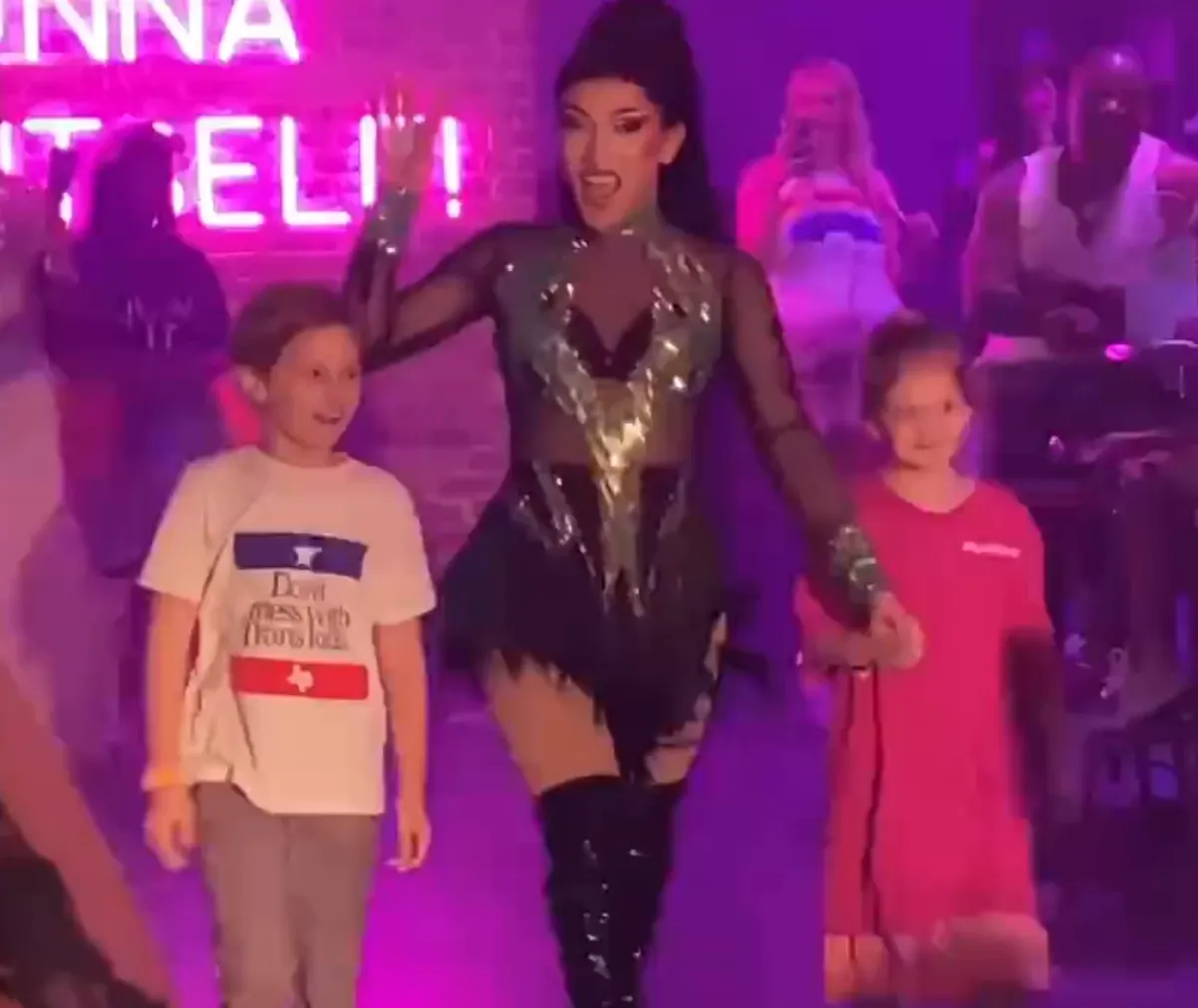 Children attend a drag show in Dallas, Tex. in June 2022 // The Epoch Times

As June’s Pride month festivities kicked off across the nation, a drag show at a Dallas-area gay bar sparked outrage across the country after viral videos circulated showing children patronizing a “Drag Your Kids to Pride” event alongside their adult guardians.

The event was advertised as a “family friendly” version of a weekly drag queen brunch event, despite the fact that nothing about drag culture could ever be suitable to be marketed to minor audiences. The Fort Worth Star-Telegram decried the event, accurately positing that “a show featuring drag queens highlights sexuality in a way that is so grossly inappropriate for kids, it’s stunning.” Lawmakers in Texas in Florida are now considering whether measures are needed to penalize adults who invite minor children into such an environment.

In the years since gay marriage was legalized in America, LGBT everything has become more visible. This is something that should be celebrated, but cannot be when gay programming is brazenly gearing adult-themed content toward minors. Unfortunately, the over-the-top bazaars that some Pride events have become are seeing heteros and homos alike forced to speak out when LGBT programming in the presence of minors goes too far, whether it be lewd song and dance at a Pride parade, adult-themed paraphernalia on display in front of minors, or any content geared towards minors that could be perceived as ‘grooming.’

There are countless reasons young people should not be exposed to adult content too young. Early indecent exposure may cause trauma and impair the young person’s social and interpersonal development, damage a child’s moral compass, or potentially make them more likely to commit an act of sexual assault. Is it too much to ask that our institutions err on the side of caution when planning Pride month festivities?

Seeing this among the caterwaul of “pro-gay everything all the time” messaging coming in unison from major news and entertainment media is not a coincidence, and it’s not just in June. You don’t even need to be a parent to see LGBT-related content devolving into bad news for our kids everywhere you look these days. TikTok reels reveal queer teachers oversharing to students about their personal lives; videos show parents flagging inappropriate content uncovered in their children’s lesson plans to school boards; pharmaceutical companies push puberty blockers to treat gender dysphoria rather than the other medical conditions they are approved to treat. It’s alarming, in particular when it’s being done in the name of ‘equity.’

And it all points to a broader agenda, one effectuated by the globalist power brokers within America’s legacy establishments that use subversive media tactics in attempts to destabilize American society and sow distrust among us. From using faux-media like BuzzFeed to lend credibility (snort) to unverifiable political opposition research, to convening state-alighted media to run cover for crooked politicians and celebrities, we’ve come to expect the worst from our highly-conglomerated media networks. To these bad actors, keeping Americans squabbling over our perceived differences serves the divide-and-conquer agenda. In June, it’s the LGBT’s turn to be used as political pawns by America’s adversaries, foreign and domestic, against their own people. What we see from the media top-down reflects in our communities bottom-up.

These leftist fronts online will manipulate identity politics any way they can to achieve their ultimate goal of weakening social bonds within communities, true to Marxist form. Rainbow color revolution events like the “Drag Your Kids to Pride” abomination facilitate the normalization of laundering adult entertainment through family-friendly ‘packaging’ as a gateway to target vulnerable younger audiences. These events are supported by the very Democrats who have spent the last several years fighting to keep our children out of school, isolated and masked. All the while, our FBI will sooner investigate a concerned parent at a school board meeting than take action against a predator in high places. This is the harsh reality we are facing.

This is not to rain on anyone’s parade. Drawing the line when identity politics go too far is critical to maintaining the dignity of our communities. Pride, to the gay community, is an opportunity to celebrate the courage it takes to come out, to accept ourselves for who we are, to live openly in a world where hostility against gay people still haunts. In some countries, being gay is still criminalized, where draconian penalties including capital punishment can be handed down when a person is even perceived to be gay. Here, the simple act of living unafraid can be an act of defiance, a prayer that goodness will prevail.

On the bright side, it is an election year. While the left sleeps on tackling the real issues facing our children, the negligence of public figures who have allowed children to be commingled into adult entertainment through LGBT programming will only make the Democrats’ incoming November shellacking worse. In the meantime, gay conservatives will continue speaking out with the let kids be kids crowd as we have been. Our households may not look like all our fellow Americans’, but we are no stranger to the fight to preserve the dignity of our families. In America at least, anyone can attend as many drag brunches as they want–once they’ve got an ID to show for it. Until then, let the kids play outside.