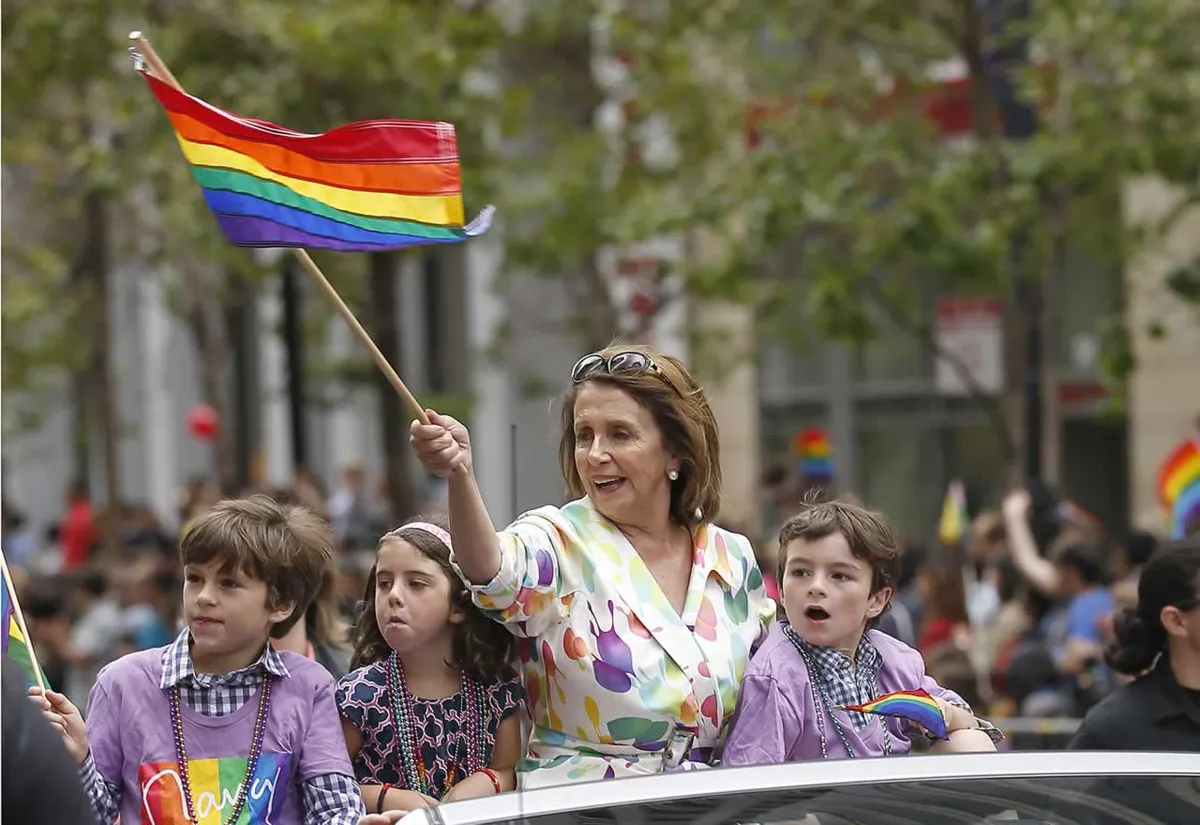 With all the indignant complaining by LGBT activists on the left about the right calling them “groomers,” you’d think an article encouraging children to participate in Pride celebrations surrounded by naked men would be the last thing they’d promote. A website reportedly for fathers, promoting itself as, “Empowering men to raise great kids and lead more fulfilling adult lives,” tweeted, “Pride Parades and the Pride festivals that follow are noisy and crowded. They’re filled with sights that may be new to kids, like public nudity and kink. So is it appropriate to take your young kids to Pride?”

The Twitter thread that followed shouted an enthusiastic “Absolutely!” Jenifer McGuire, Ph.D., an associate professor of family social science at the University of Minnesota, said of taking her own kids to Pride festivals, “After a few events, the kids knew to expect nudity and other surprises. They just had to learn to laugh and enjoy things. Like there were these Beanie Babies with giant penises on them,” McGuire said. “For a fourth- and fifth-grade kid, that’s super funny.”

She qualifies this “tradeoff” by arguing that the benefit of seeing other queer families celebrating outweighs any concern of adult nudity or public sexual activity because, “They don’t necessarily get that from their swimming teams and drama clubs and school.” Despite the expectation of seeing adults nude and engaging in sexual activity in public, the focus on the article is more on how to properly educate your children not to “interrupt” the fun LGBTQ adults are having by asking inappropriate questions or staring.

Arguing that it’s more important for a cis/straight family to be “respectful” of queer people at Pride than to concern themselves with adult activities their child might encounter, the writer insists, “Kids have a tendency to point and ask questions when they’re exposed to new things, and you don’t want people celebrating Pride to become a convenient life lesson for your children.” Rather than learning about LGBTQ culture from LGBTQ people directly, which would somehow inconvenience them, the article suggests prepping children with LGBTQ children’s books and ensuring they understand queer history.

Jessica Fish, Ph.D., an assistant professor of family science who specializes in LGBTQ+ families at the University of Maryland’s School of Public Health, argues, “Talk to your children about Pride as if it’s not just this big party, but it’s a celebration of being — that it’s a recognition of historical oppression and uprising,” Fish says.

“[Understanding] the roots of that celebration of Pride is just as important as your child understanding that LGBTQ people exist and thrive within their communities.” Apparently, your fourth grader is supposed to understand and appreciate all the public nudity and sex is an expression of fighting oppression.

McGuire insists however that Pride parades are super fun for kids, saying, “They sit on the curb and people throw stuff to them.” Freebies like necklaces and bottles of water and bags of Cheerios abound. “I think it’s a lot more fun than most parades.” The article suggests that perhaps after the parade there could be more kid-friendly Pride events to attend, if they exist in the area, but the most important goal is to teach kids to appreciate LGBTQ culture.

It would seem that the message here is confusing. You should bring your child to Pride parades to learn about LGBTQ culture, but make sure they don’t ask any actual LGBTQ people questions. Its important to encourage kid-friendly discussions surrounding LGBTQ people, but also let them explore a public event that involves adult nudity and sexual activity. Go on and on about how much fun Pride parades are and let your child accept food and candy thrown at them from strangers, who are possibly nude at the time, but make sure they understand the serious history of oppression and uprisings the parade represents.

Not all Pride parades are adult in nature and it doesn’t seem to occur to this publication that perhaps the adults who choose to participate in sexually-charged public activities might not appreciate small children gawking at them with their beaming parents taking photos to share on Facebook. In what other situation would it be acceptable to have small children and naked adults in the same location, let alone naked adults indulging in drugs, alcohol, and public sex? Some things are simply not for children and I do not understand why the LGBT left fights so hard against this concept.

As much as activists want to make LGBTQ culture kid-friendly, it just isn’t possible. Drag queens, Pride parades, the gay rights movement, all of it is filled with the excesses of the sexual revolution and cannot be sanitized for younger audiences to understand. They aren’t even trying. Why would any parent think it’s ok for their child to see adults naked? How exactly is a parent supposed to explain why the man in the leather thong is on a leash and being whipped as two naked men wearing wigs simulate–hopefully only simulate–sex on the float behind them? It’s laughably absurd.

All of this does nothing to normalize gay families. The average “queer” family, as the lesbian doctor puts it, are very likely indistinguishable from every other family a child might encounter. That was supposed to be the point of kid-friendly education on LGBTs. Children were supposed to learn that some kids have two moms or two dads and that’s OK. How is it beneficial to this goal of normalcy if the child is intentionally exposed to the most extreme of adult sexual excess in the name of LGBTQ celebration?

For far too long, the left has defined itself by positioning children as tiny, fully-functioning adults, complete with fully-developed understandings of sexuality. They have shunned conservative concerns about exposing children to adult sexuality and dismissed such objections as old-fashioned and backwards. They have made all opposition to children in adult situations as hateful, ignorant, and bigoted and simply refuse to even consider the harm being done.

Responsible LGBTQ organizations would highly benefit from stepping in and drawing the line between what is acceptable for minors and children and designating adult events as adults-only. While I still argue the mildest version of LGBTQ culture does not translate to children, at the very least these organizations could prohibit minors and children from participating in events where nudity and public sexual activity are allowed or encouraged.

AOC puts her stamp on erasing an LGBT tribute in Queens